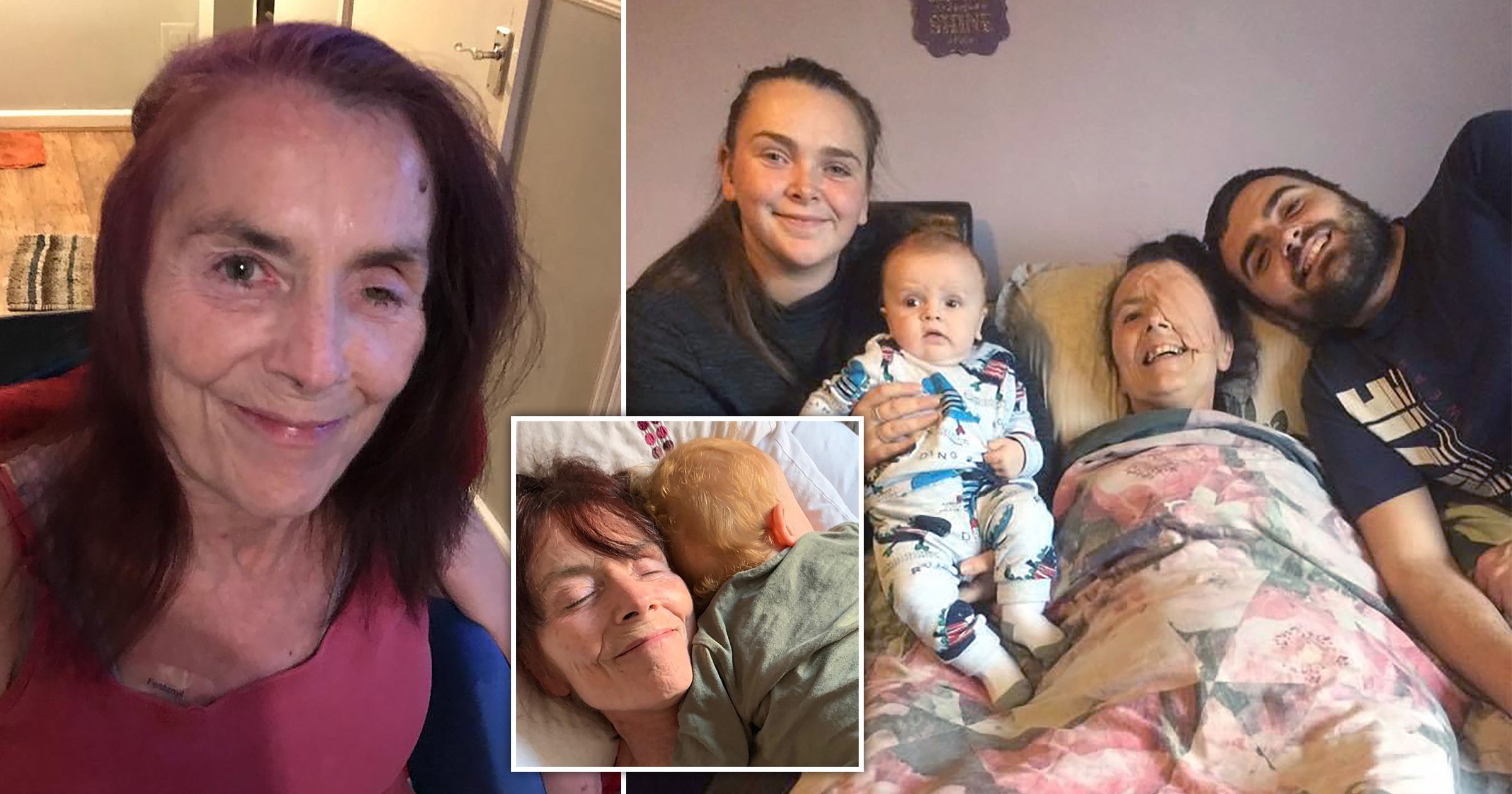 An ‘always smiling’ grandma has died after contracting coronavirus – after two years of shielding.

When the pandemic hit, she was classed as ‘at risk’ and her family took major steps to reduce her exposure to the outside world.

But in March this year, she tragically caught Covid-19 from one of her carers.

Her son John and his partner Jayann told Metro.co.uk they believe if restrictions hadn’t been lifted, Jackie could still be alive.

Prime minister Boris Johnson has been fined just £50 for attending his 56th birthday party – at a time when meeting indoors was banned.

Jackie was just one year older, 57, when she died in hospital on April 2.

Jayann, a student nurse, told Metro.co.uk: ‘It does feel unfair now, with the uproar going on about Boris and his parties.

‘Jackie caught Covid from one of her carers. It was the care company that failed her, but it’s down to the government lifting restrictions that caused that to happen.

‘She was triple-jabbed, we’d done everything we could to avoid Covid. If people still had to test and self-isolate then this wouldn’t happen.’

The family had spent hundreds on hand sanitiser and PPE and routinely disinfected her bungalow when the virus first hit.

While Jackie did feel ‘isolated’ at times, John and Jayann agreed they had to be as strict as possible to keep her safe.

They decided to stop carers from coming to her home, and took over caring duties.

It was only at the end of 2021, as Covid-19 restrictions eased, that they re-hired an external carer.

Despite the upheaval and constant changes, Jayann said Jackie was ‘smiling until the very end’.

While MS had ravaged her body – she lost an eye and had reduced mobility as a result of the condition – Jackie was always known to be positive.

She got a Google Nest for Christmas, meaning she could use her voice to put on favourite tracks like UB40’s The Way You Do the Things You Do and Opposites Attract by Paula Abdul.

Jayann said: ‘Her taste in music was unreal.

‘Jackie had MS for a long time, but she was still always the life of any party.

‘She could have been mad at the world but she was always smiling, she dealt with the cards she was given.

‘She never even thought she’d live to see her grandkids, she always defied the odds.’

The family have focused so much energy and time on Jackie that they are now struggling to afford her funeral – which will cost around £5,000.

They have launched a fundraiser to give Jackie the ‘send off she deserves’.

People have been urged not to wear black, and to roll down their windows and blast UB40 on their way to the funeral.

John and Jayann recently stumbled upon a set of poems written by Jackie, as they cleared out her bungalow in Stafford.

At the end of one, the 57-year-old had written: ‘Please don’t cry at my funeral, rave.’

Jayann, 26, added: ‘Jackie would hate us all to be moping around. She’d want us to remember the good bits.

‘But it can be hard to do that, and for the kids to understand what’s going on.

‘One of the boys thinks Santa lives on the moon, so that’s where we’ve told them Nanny Cripp has gone. She’s gone to the moon and is having fun there.

‘Jackie was the life and soul of the party from day one, and we will make sure that party continues.’

You can donate towards Jackie’s funeral here.