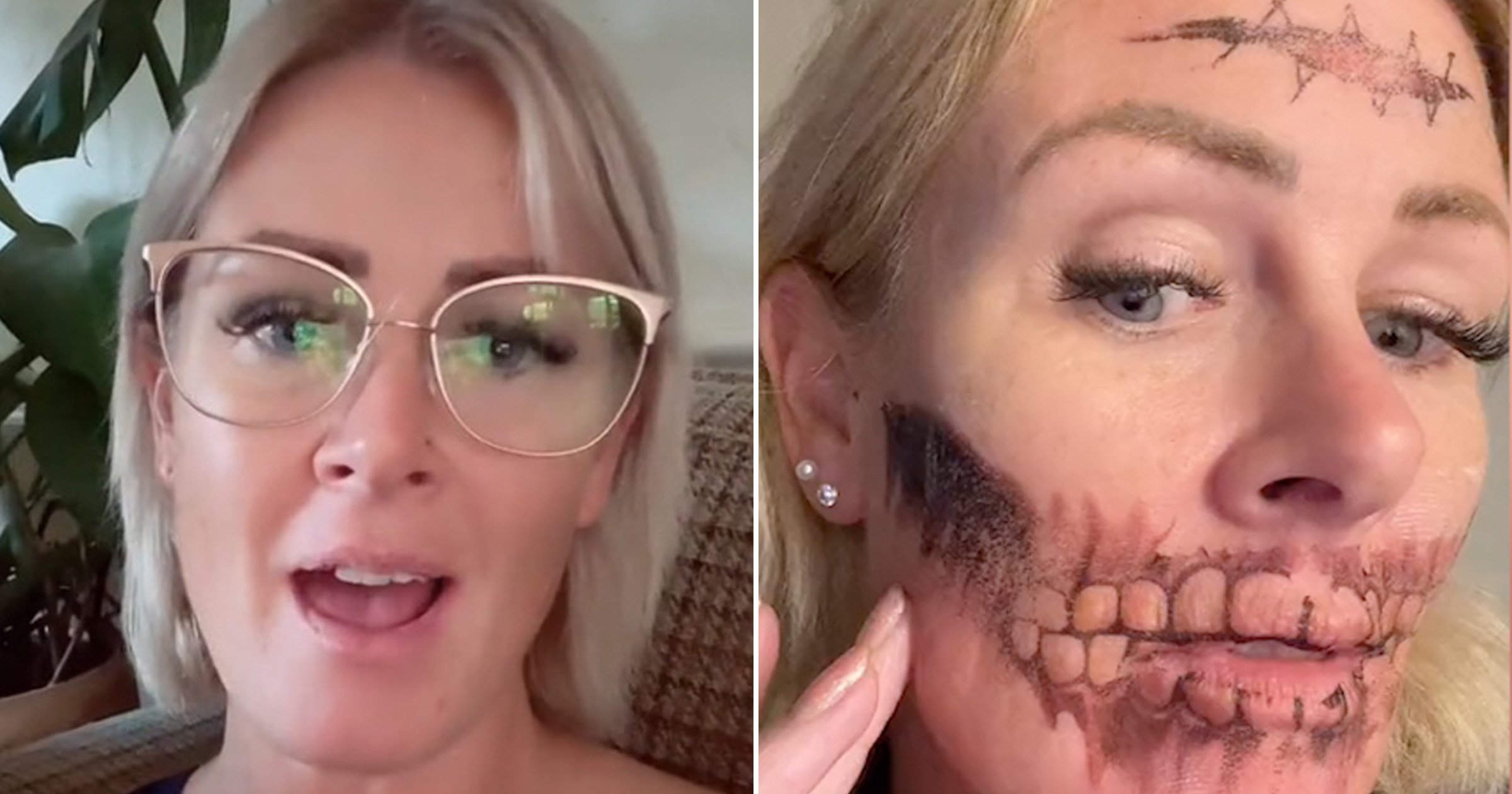 A woman has been left in a spot of bother after realising her ‘temporary’ Halloween skeleton makeup doesn’t actually come off.

Elizabeth Rose, 46, from North Somerset, took to TikTok to share the hilarious blunder with all her followers.

Resigning herself to fate, the 46-year-old said: ‘F*** sake.. I have meetings tomorrow. I swear to god.’

While scrubbing her face frantically, the distressed grandma revealed she put the ‘temporary’ tattoo on her seven-year-old granddaughter as well.

The clip has now exploded across TikTok, racking up more than 1.4 million views.

Staring down at the camera, the young grandma reveals to her viewers: ‘Put a tattoo sticker on, join in a bit of Halloween, you know?

‘Put some on my granddaughter as well, she’s seven, and my daughter rings up going “Has it come off?”. Well, it can’t be that difficult, surely?’

Elizabeth then reveals herself using a cotton bud trying to get the makeup off by scrubbing the side of her face vigorously.

But the ‘temporary’ makeup simply does not budge.

People were quick to react and provide some helpful tips.

One commenter said: ‘anything alcohol based, hand sanitiser, rubbing alcohol.. or you could just drink it and forget all the tattoo.’

Another wrote: ‘I know it’s your face but nail varnish remover will take this off.’

While someone else joked: ‘looks brilliant, I’m sure the people at your meeting will see the funny side.’

To which Elizabeth replied: ‘They just thought I had a lot of blusher on.’

One Halloween-fan had a similar issue to Elizabeth, where she dressed up to be a witch but was left looking like the Incredible Hulk because her makeup wouldn’t come off.

After two hours of scrubbing, the paint had barely come off five-year-old Amelia’s face.

In the end, it took several weeks for the green paint to disappear.