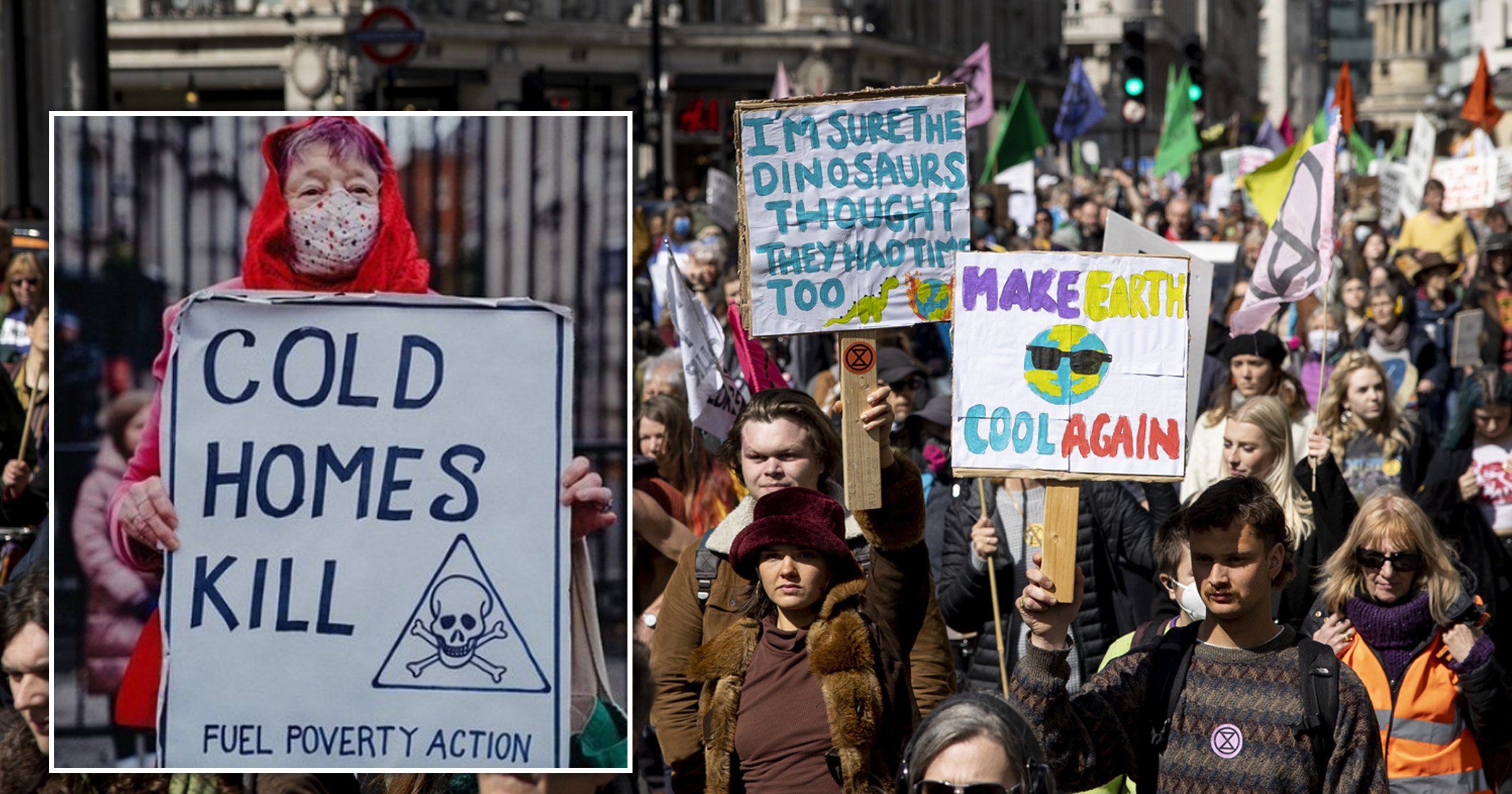 A pensioner whose home is too cold for her grandkids to visit has started a viral campaign to make energy free for everybody in response to the cost of living crisis.

Diane Skidmore, 72, says she is ‘absolutely furious’ with ‘out of touch’ Tory ministers for failing to come up with solutions to help people in fuel poverty – so has come up with one herself.

The no-nonsense grandma wants every household in Britain to be given a free amount of energy to cover the basics like heating, cooking, and lighting, which she says could be funded by a Windfall Tax.

Her Change.org petition demanding ‘energy for all’ has almost 350,000 signatures, making it one of the most popular on the site.

Diane, who lives in a freezing council house in Brixton, believes so many people are supporting her campaign ‘because it’s tuning into what they want’.

She told Metro.co.uk: ‘The Downing Street party scandal is distracting people from the real issue that’s going on, and the real issue going on is the absolute inequality between the rich and the poor.

‘Every single day people are struggling, starving and freezing… yet others have made billions during the pandemic.

‘Boris Johnson and Rishi Sunak should be coming up with ideas to help, but they have none. They are so out of touch.

‘The petition puts some sensible suggestions forward as to how to make a difference.’

Diane, who set up the petition on behalf of campaign group Fuel Poverty Action, compared her idea for free energy to Universal Basic Income (UBI) – a radical scheme where everyone gets a set amount of money from the government, regardless of their means.

The model – currently being piloted for care leavers in Wales –  has piqued the interest of policymakers across the globe as a way of reducing poverty while increasing job satisfaction and living standards.

Diane argues that by giving everyone a small amount of energy for free, no-one falls through the cracks. In addition, it could have environmental benefits as people would make a conscious effort to limit how much they use.

Diane said: ‘By giving everyone a small amount of free energy, people would try harder not to go over the limit and therefore use less energy.

‘If you give people a small amount of energy basics, then people would stick to it. They would be concerned about not wanting to pay anything above what is free.

‘So it would not only make bills more equal but it would actually save the planet as well.’

Diane’s campaign comes as millions of people face a choice ‘between heating or eating’ due to soaring prices, bills and taxes.

The biggest spike to household bills in living memory kicked in this month, with the energy price cap rocketing by 54% to just under £2,000 a year.

This has coincided with a rise in National Insurance, inflation and council tax, leading to the biggest fall in living standards in 70 years.

Chancellor Rishi Sunak has said customers will get a £200 rebate from the government to soften the blow of rising bills, but that this will have to be paid back over time.

Diane, who has campaigned against fuel poverty for 10 years, says even those hit hardest by the rising cost of living are not happy about this as ‘people don’t want loans’.

The former healthcare worker, who got her first job at 57 after raising six children, says she lives a frugal existence on her basic state pension.

Her poorly insulated council house is so cold her seven grandchildren don’t come to visit, and when neighbours come over they are ‘shaking and shivering’ .

But although she is freezing Diane avoids switching anything on because it is too expensive to do so.

‘I come from a generation where we didn’t have central heating and we didn’t have credit, so if it was really cold the answer was put a jumper on. Even now I do that because I don’t want to get into debt.

‘People don’t want loans, it just means you’re getting into debt. How are we supposed to pay that back? It’s not actually helping anybody.’

Diane insisted she was not moaning about her situation as there are ‘millions of people like me struggling with cold homes’.

She said many people in her local community are facing ‘damp, ill health, darkness, hunger and misery’ and that people are ‘spending days in libraries or shopping centres to keep warm’.

But although these are good examples of the impact of the cost of living crisis, she believes it’s time to move on from focusing on the hardship people are facing and to look at the solutions.

She said: ‘Although I am old I am not a whinger, I am a doer.

‘What our petition is actually doing is not just saying isn’t this terrible. It’s saying come on, let’s put some answers forward. The answer is energy for all.’

Diane hopes to deliver the petition to Downing Street and wants big organisations like environmental charities to back it.

Experts believe the cost of living crisis will only get worse as the impact of the war in Ukraine are felt – but Diane has little faith in politicians to do anything about it.

But critics like Diane said there needs to be a bigger focus on energy efficiency and insulation to help bring bills down.

‘They keep saying they are helping people, but they have done nothing. They have got to realise this is an emergency, they have not got a clue what its like for people who are struggling.’

Campaigners say that while the energy price cap has dominated headlines, people on prepayment metres actually face the biggest hike to their energy bills, while generally also being on lower incomes.

Meanwhile standing charges – the part of the bill that no one can avoid, regardless of how much power they use – have also soared by as much as 80% to cover the cost of suppliers who went bust last year as the wholesale price of gas soared.

As well as their energy for all petition, Fuel Poverty Action is urging everyone to write to Ofgem about these ‘discriminatory’ fees.

The organisation say campaigning for change is the single biggest thing people can do to help those in fuel poverty, with a spokesperson telling Metro.co.uk: ‘Because things are so bad right now, there is potential for change. One of the most important ways people can help is to get campaigning. Fuel Poverty Action has started a letter writing campaign to Ofgem that everyone can do. ‘

Diane, a self-described ‘ageing hippie’, said she has always been conscious about inequalities around her after growing up in the 60s.

Urging people to sign her petition, Diane added: ‘When the pandemic arrived, everything came to a halt.

‘That was the time to look at our system and the inequalities in society, see what’s wrong and come up with solutions for what can we do to put it right.’