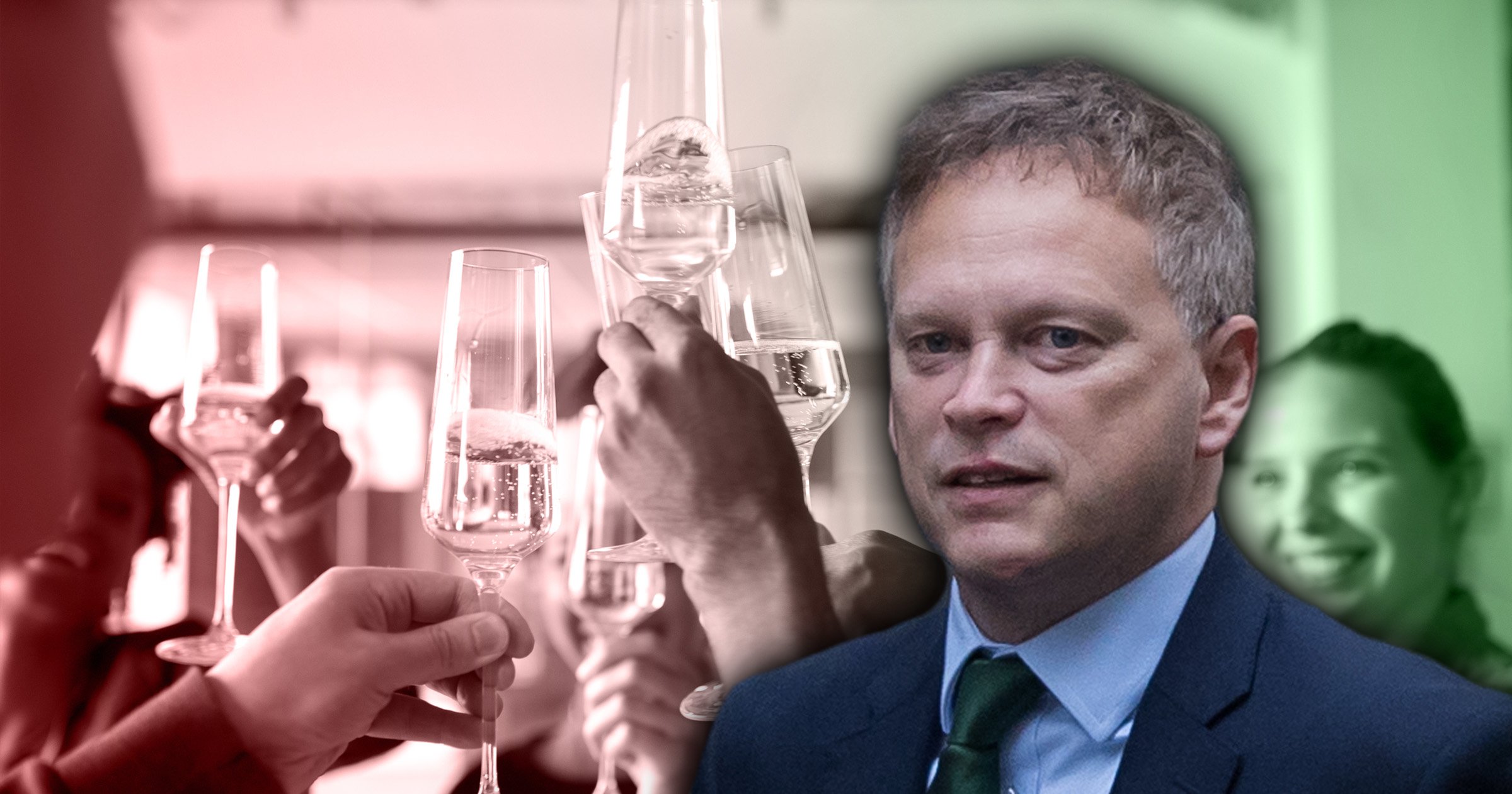 Civil servants at the Department for Transport threw a Christmas party in a Whitehall office the day London was plunged int Tier 3 restrictions, it has emerged.

Senior members of staff were said to be ‘boozing and dancing’ after work from 5pm on December 16 last year.

On the same day, the government shut pubs and banned people from different households mixing in the capital and South East due to surging Covid cases.

The rule-breaking bash was organised by staff from the private office of Transport Minister Grant Shapps,sources told the Daily Mirror.

There is no suggestion the cabinet secretary was there and he denies all knowledge of the event.

A spokesperson for the minister said he had ‘absolutely no idea’ about the gathering.

They added: ‘He was not notified or invited and would have banned such a gathering forthwith, had he been made aware that it was being prepared.

‘As he was unable to visit his seriously ill father in hospital due to covid restrictions, he was all too keenly aware of the sacrifices being made by the public during lockdown.’

The Department for Transport, meanwhile, has apologised for the ‘inappropriate’ event and staff’s ‘error of judgement’.

A spokesman said: ‘The Secretary of State wasn’t involved in any gathering at the Department.

‘Fewer than a dozen staff who were working in the office had a low-key, socially distanced, gathering in the large open-plan office after work on the 16th December, where food and drink was consumed.

‘We recognise this was inappropriate and apologise for the error of judgement.’

According to the Daily Mirror, staff chomped on takeaway food and drinks at the event, which came just days before London was gripped by transport chaos when it was plunged into a Tier Four lockdown.

The harsh restrictions meant Christmas was effectively cancelled for thousands of people who were banned from travelling in and out of London and could not see their family.

‘They clearly had no understanding of what the public were going through,’ one insider told the Mirror.

‘Senior officials were literally boozing and dancing while the government were warning people they had to stick to the rules.’

It follows a string of reports about similar alleged events in Downing Street during the winter lockdown.

Among these was an alleged party on December 18, when all indoor social mixing in London was banned. The event was denied by No 10, but that was undermined when a leaked video emerged showing then press secretary Allegra Stratton appearing to mock the bash.

There is no suggestion the PM was at that party. However, he appears to have been pictured personally breaking coronavirus laws on December 15 by hosting a Christmas quiz in Downing Street.

Yesterday it emerged the PM was at another party held during the first lockdown in May, raising questions about whether there has been a culture of rule-flouting in government throughout the pandemic.

Some Tories have blamed the scandal on their shock defeat in the North Shropshire by-election, which saw the Lib Dems seize the Tory stronghold in a seismic victory that will pile further pressure on the prime minister.