Boris Johnson has branded levelling up “the greatest project that any government can embark on” in his closing speech at the Conservative Party’s annual conference.

In his keynote address marking the end of the four-day event, the prime minister pledged that his top team will “get on with our job of uniting and levelling up across the UK” as the country recovers from the coronavirus pandemic.

The PM said the UK has one of the most “imbalanced societies and lop-sided economies” when compared to other rich countries and said the Conservative Party’s mission “is to promote opportunity with every tool we have”.

“There is no reason why the inhabitants of one part of the country should be geographically fated to be poorer than others, or why people should feel they have to move away from their loved ones, or communities to reach their potential,” the prime minister said. 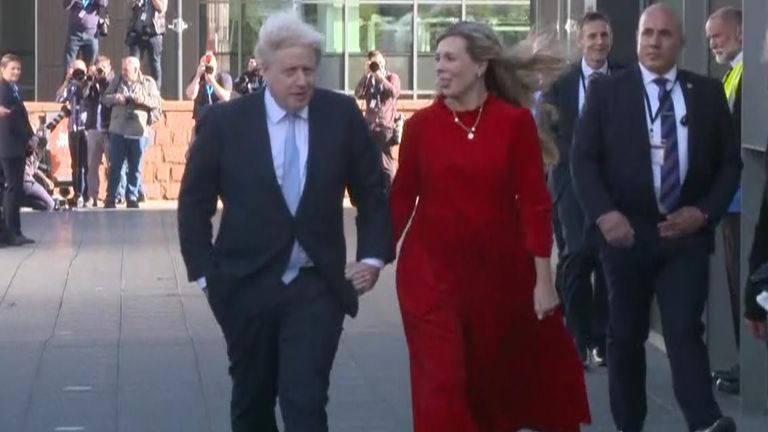 Explaining his levelling up policy, he added: “The idea in a nutshell is you will find talent, genius, care, imagination and enthusiasm everywhere in this country, all of them evenly distributed, but opportunity is not.”

Invoking the spirit of former Conservative prime minister Margaret Thatcher, the PM promised to address a “long-term structural weakness” in the British economy.

Accusing the Labour Party of liking “levelling down” and “decapitating the tall poppies and taxing the rich till the pips squeak”, the PM said levelling up will take the pressure off parts of the South East while offering hope and opportunity to areas that have felt left behind.

The PM also announced a “levelling-up premium” worth up to £3,000 to encourage science and maths teachers to head to different areas of the country.

“To level up, on top of the extra £14 billion we’re putting into education, on top of the increase that means every teacher starts with a salary of £30,000, we’re announcing today a levelling-up premium of up to £3,000 to send the best maths and science teachers to the places that need them most,” he told the conference hall.

Addressing the issue of violence against women and girls, Mr Johnson criticised “lying, bullying, cowardly” men for “using the law’s delay” to get away with their acts.

“On behalf of the entire government, I tell you this: we will not rest until we’ve increased the successful prosecutions for rape – because too many lying, bullying, cowardly men are using the law’s delay to get away with violence against women, and we cannot and will not stand for it,” the PM said.

Admitting changes to the economy after Brexit will at times be “difficult”, the PM told the conference audience that controlled immigration and investment will reshape the nation.

“That’s the direction in which the country is going now – towards a high-wage, high-skilled, high-productivity and, yes, thereby a low-tax economy. That is what the people of this country need and deserve,” Mr Johnson said.

“Yes, it will take time, and sometimes it will be difficult, but that is the change that people voted for in 2016.”

Receiving a standing ovation as he entered the stage, the PM began his speech by paying tribute to the “untiring, unbeatable, unbelievable NHS” for the coronavirus vaccine rollout.

Speaking in a secret hall which holds 1,400 people – more than double the capacity of the main conference hall used by ministers throughout the past few days – the PM told the audience of how “the NHS saved me” as he discusses how the country will recover economically from the pandemic. 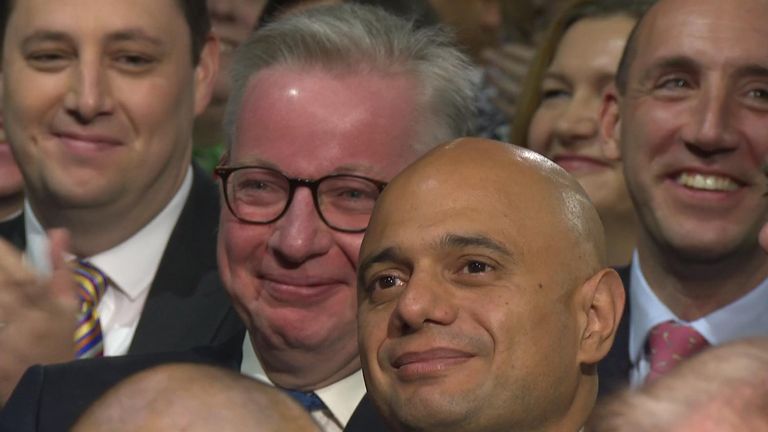 Standing at a lectern emblazoned with his party’s slogan Build Back Better, the PM pledged that the Conservatives will be the party “to rise to the challenge” of reducing the backlog in the health care system that the pandemic has caused.

“When I stood on the steps of downing street I promised to fix this crisis and after decades of drift and dither this reforming government, this can do government that got Brexit done, is getting the vaccine rollout done, is going to get social care done,” the PM told the conference crowd.

“We are dealing with the biggest underlying issues of our economy and society the problems that no government has had the guts to tackle before.”

“You know those people gluing themselves to roads – I don’t call them legitimate protesters like some Labour councillors – I say they are a confounded nuisance who are blocking ambulances, stopping people going about their daily lives,” he said.

“I’m glad Priti is taking new powers to insulate them snuggly in prison where they belong.”

The PM also pledged to fight people-trafficking gangs at “home and abroad” and to “rewild” parts of the country.

Making a joke near the beginning of his 46-page speech, the PM referenced Michael Gove’s dancing in an Aberdeen nightclub, suggesting the cabinet minister was demonstrating how dancing is again safe after the lifting of coronavirus restrictions.

“Let’s here it for Jon Bon Govey,” he told the conference hall.

Concluding his speech after around 45 minutes, the PM left the conference hall hand in hand with his wife Carrie Johnson as audience members waved placards which read ‘Build Back Better’ and ‘Getting the Job Done’.