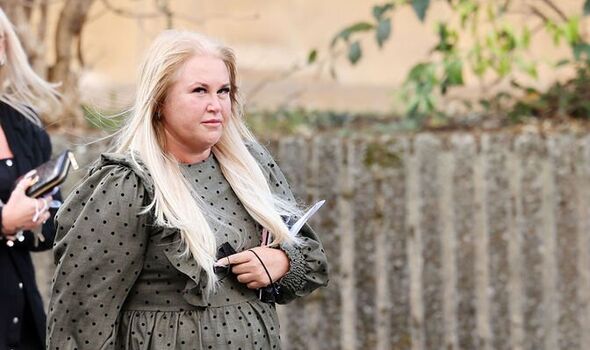 Leanne Wallace, 40, was jailed after targeting Leslie Rushworth, known as Les, as he lay on his death bed. A court had heard Wallace used Les’ bank details to purchase wallpaper, household items and products from Amazon for herself and to pay off an outstanding loan. Les, 84, died just days after the theft, and his family claimed they were robbed of the chance to grieve.

But a Nursing and Midwifery Council (NMC) panel has found Wallace’s actions to have “breached the fundamental tenets of the nursing profession”.

She’s been struck off the nursing register, Teesside Live reports.

The NMC report says: “The panel found Ms Wallace’s actions were egregious and breached the fundamental tenets of the nursing profession and therefore brought its reputation into disrepute. It was satisfied that confidence in the nursing profession would be undermined if its regulator did not find charges relating to dishonesty and fraud extremely serious.

“In stealing from Patient A, who was a vulnerable and terminal patient, Ms Wallace caused distress to his family who were already distressed and grieving in his final hours and after he passed away.

“Balancing all of these factors and after taking into account all the evidence before it during this case, the panel determined that the appropriate and proportionate sanction is that of a striking-off order.

“Having regard to the effect of Ms Wallace’s actions in bringing the profession into disrepute by adversely affecting the public’s view of how a registered nurse should conduct themselves, the panel has concluded that nothing short of this would be sufficient in this case.”

Grandfather-of-four Les was in University Hospital North Tees in Stockton-on-Tees, County Durham, with pneumonia and anorexia when he was exploited.

Les was transferred to a hospice on July 16, 2020, where he died after becoming weaker.

The nursing panel heard shameless Wallace, from Hartlepool, County Durham, tried to hide her guilt by claiming Les was a generous man who had offered to pay off her loan, the bed was for him and the purchases from Amazon, one was for his benefit.

Wallace was jailed for 14 months last year after admitting pleaded guilty to four counts of fraud by abuse of position.

Sentencing her in November at Teesside Crown Court, Judge Howard Crowson told Wallace that she must serve an immediate custodial sentence: ”This was an appalling abuse of trust. You were entirely selfish.

“You ruined the family’s final hours with their father. Instead of being able to concentrate on him, they had to think about this fraud.

“I find it very hard to understand that desperation led you to this. Desperate people seldom consider purchasing a £700 bed.

“That looks more like greed. You have damaged the reputation of care workers in this country.”