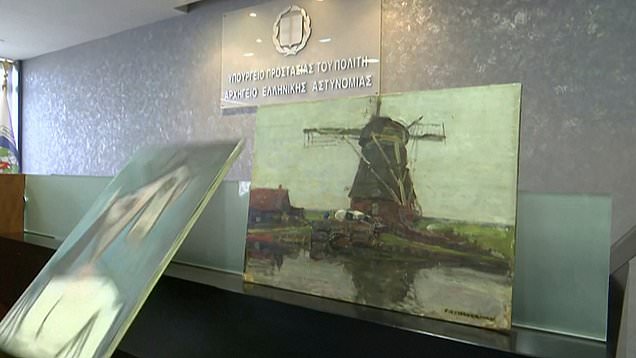 A Picasso painting recovered by police after being stolen nine years ago during a heist at Greece’s National Gallery had another mishap when it slipped and fell from its display.

Police had put the artwork, titled ‘Woman’s Head’, on show alongside another by Dutch painter Piet Mondrian when it dropped from the shelf and clattered to the floor, risking huge damage.

It was then sheepishly picked up and put back in position by an official without any gloves on.

Greek culture minister Lina Mendoni criticised the gaffe but insisted both paintings ‘appear to be in good condition’.

The raid in 2012 was initially thought to have been carried out by two thieves. But authorities said earlier this week that a 49-year-old Greek man had been arrested and later confessed.

The paintings were stripped from their frames in a heist lasting just seven minutes.

The thief snuck in after repeatedly setting off the gallery’s alarm system throughout the night until the guard disabled it. 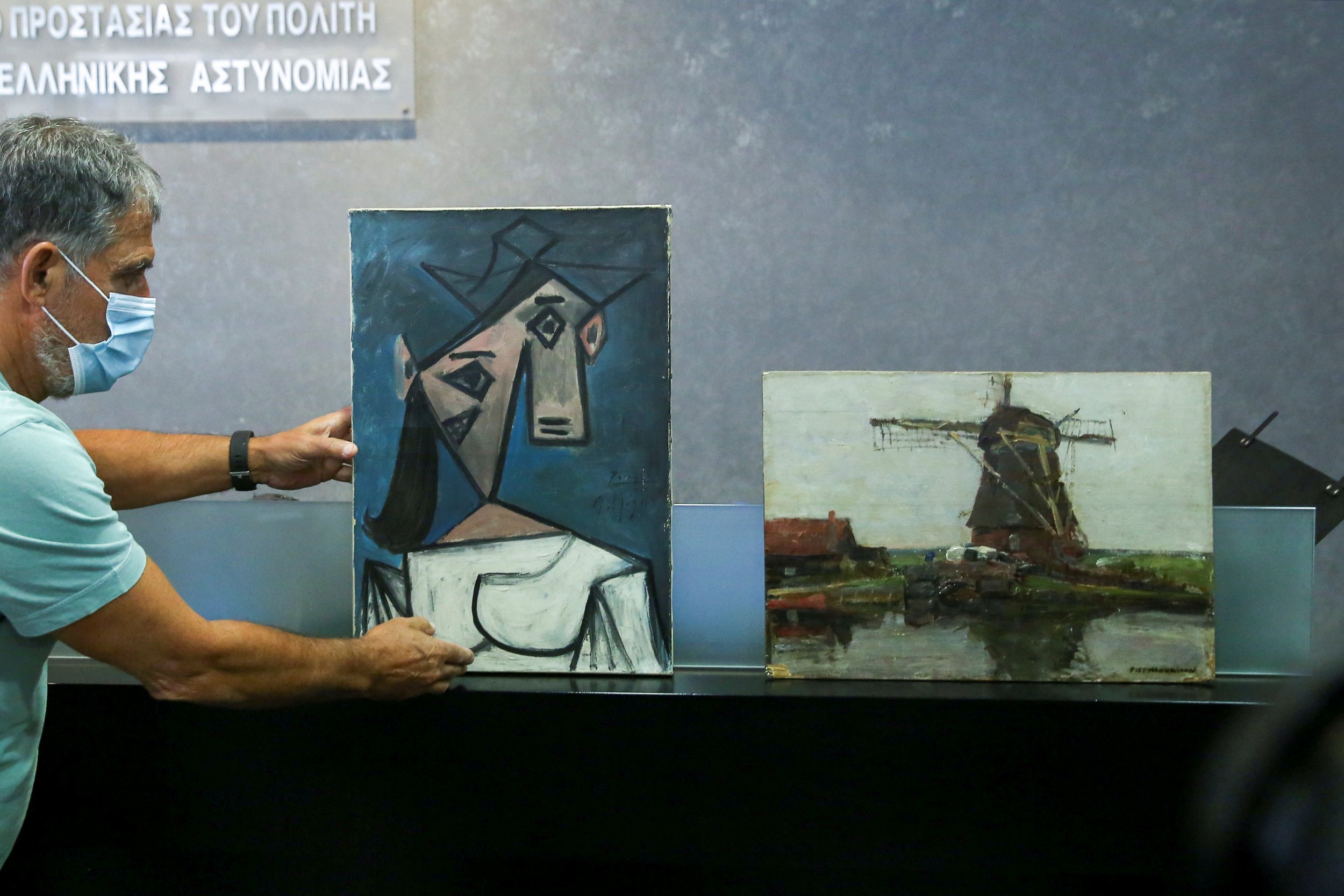 Ms Mendoni said the Picasso painting bore an inscription from the painter to the Greek people for their fight against fascism.

She added: ‘That is the reason why it was impossible for the painting not only to be sold but also to be exhibited anywhere.’

The Spanish master gave the artwork to the National Gallery in Athens in honour of the country’s resistance to Nazi Germany.

Footage released by police from the recovery site showed one of the paintings sealed in a package under bushes.

They will be exhibited once again in the National Gallery, which opened in March after nine years of renovation work, as part of celebrations marking the 200th anniversary of the Greek War of Independence in Athens.

Citizens’ Protection Minister Michalis Chrisochoidis said: ‘In our new gallery, they will find the place they deserve.

‘Picasso dedicated the painting to the Greek people. There was a Greek man who took it away. There were Greeks who brought it back.’