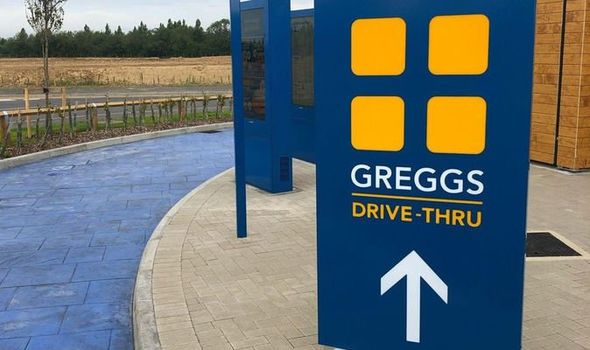 The announcement has left fans on social media licking their lips with excitement. Greggs opened its first drive-thru in 2017 – and has more than 2,000 walk-in stores.

Plans have reportedly been submitted to various councils, with drive-thru locations set to be established in Yorkshire, Slough, Kent and Stoke-on-Trent.

There are already drive-thrus in Newcastle, Bognor Regis and Glasgow, the company said.

Drive-thrus in Wales and Cumbria were opened earlier this year.

Greggs teased fans with the prospect in a tweet on Monday morning.

It showed a photo of one of their empty drive-thru lanes, with the caption: “Sorry I’m late, the traffic was crazy.”

Other Twitter users also looked forward to rolling up for a sausage roll.

@Nufc_Aidan responded: “Where is this! I need it in my life”.

Meanwhile @cmt_nane said: “I may have to rent a car just for that when I visit”.

@philroll replied: “Oh wow… where is this paradise! Steak bake and a sausage roll please!”

And @hiitsdale said he would even “move heaven and earth for a drive thru that’s nearby”.

@FieryJack2 joked: “Now I just need a drive through pharmacy to get my heartburn tablets.”

Research released earlier this year suggests demand for drive-thrus has increased by 25 percent since the coronavirus pandemic.

Many chains have reacted by looking to open new stores.

Established drive-thru names such as McDonald’s and Burger King are also facing competition from American and Canadian brands such as Tim Hortons and Wendy’s.

Even Leon, know for being a “healthy” fast food option, is due to open its first drive-thru in West Yorkshire this year, which it has said is the first of many.

According to market researcher NPD, 40 million extra visits were made to drive-thrus in the UK in the year to April.

That takes the number of visits to almost 490 million, it said.

In September, Greggs delivered a case of sausage rolls to the cast and crew of Trigger Point, a new ITV drama about a police bomb disposal unit, penned by Line of Duty and Bodyguard writer Jed Mercurio.

The delivery of baked goods arrived in a Greggs “disposal unit” made to look like a police van.

Lead actress Vicky McClure tweeted: “What better way to thank the most hardworking and always smiling crew and cast?”