Speaking on BBC’s Sunday Politics, Labour MP Emma Dent Coad, in whose constituency 72 died in the infamous tower block fire two years ago, highlighted the number of buildings still coated in equally or more flammable materials. The MP for Kensington raged: “I sat on the London Fire and Emergency Planning Authority for a year before Grenfell. We spent the whole year lobbying the Government to implement the recommendations, because it could happen again.

“Because we still have buildings with combustible cladding – we’ve got some in my constituency.

“We have buildings with HPL, which is even more flammable.

“And there are a lot of buildings with that and they haven’t even tested that yet.” 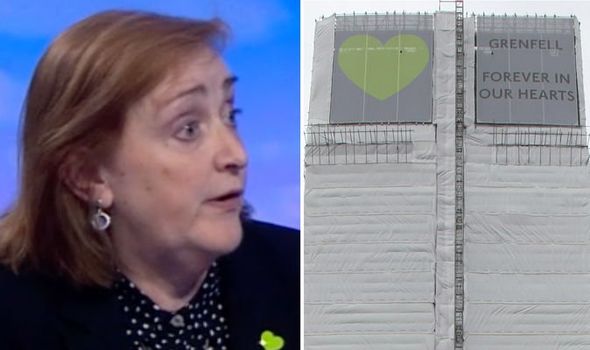 Almost two years after the Grenfell Tower fire, the Government has not tested any cladding material other than the kind used on the tower.

This includes high-pressure laminate (HPL) cladding, which is said to burn 115 times hotter than non-combustible products.

According to Inside Housing, there remain 34 high-rise blocks owned by social landlords that are clad in HPL, a material widely blamed for the external spread of flames during the Lakanal House fire, which killed six people in 2009.

Many landlords are waiting for definitive results from Government tests before they elect to remove the potentially dangerous cladding.

Bespoke tests on some non-ACM cladding began in April and results are expected in late summer.

The Government is also planning a large-scale test for HPL but has yet to set a date for it. 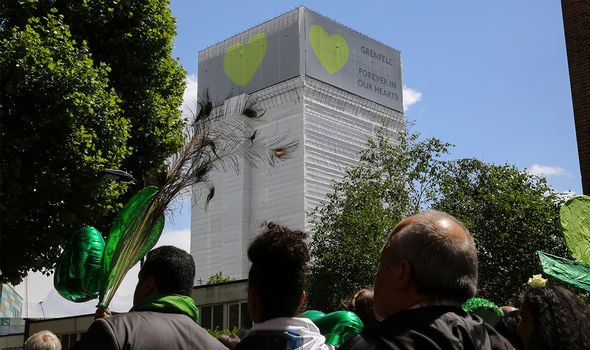 The news comes after Theresa May was branded “disgraceful” by the Fire Brigades Union (FBU) for mentioning the public inquiry into the Grenfell Tower tragedy during her resignation speech as one of her achievements as Prime Minister.

The Conservative Party leader listed a series of decisions taken during the past three years she regards as achievements, including the launch of the public inquiry into the Grenfell Tower disaster.

But the statement was met with outrage by firefighters, who argued the public inquiry was far from being a success.

FBU general secretary Matt Wrack said in a statement: “Many of the underlying issues at Grenfell were due to unsafe conditions that had been allowed to fester under Tory Governments and a council for which Theresa May bears ultimate responsibility.

“The inquiry she launched has kicked scrutiny of corporate and Government interests into the long-grass, denying families and survivors justice, while allowing business as usual to continue for the wealthy.

“For the outgoing prime minister to suggest that her awful response to Grenfell is a proud part of her legacy is, frankly, disgraceful.”

COPS are receiving tip-off calls every five minutes from members of the public reporting people who are flouting strict coronavirus lockdown rules. Forces around the…

Falcons nesting at Salisbury Cathedral become an unexpected internet hit during lockdown as thousands tune in to watch the webcam live feed More than 55,000…