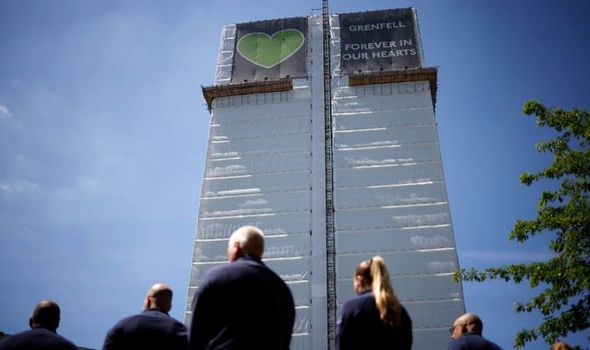 Jason Beer QC said the blaze tore through the 24-storey block because of blunders over how high-rise safety was regulated. Mr Beer, representing the Department for Levelling Up, Housing and Communities, told the Grenfell inquiry in central London that residents’ trust had been “misplaced and abused”. He said the housing operation “must examine its own conduct and candidly accept mistakes, errors and omissions” pointed out by the inquiry, adding: “The department greatly regrets that it took the Grenfell Tower tragedy to lay bare this misplaced and abused trust.

“The department is deeply sorry for its past failures in relation to the oversight of the system that regulated safety in the construction and refurbishment of high-rise buildings.

“It also deeply regrets past failures in relation to the superintendence of the building control bodies, which themselves had a key role in ensuring the safe construction and refurbishment of such buildings.

“It apologises to the bereaved residents and survivors of the fire for such failures.”

Mr Beer spoke in phase two of the inquiry, which focuses on how the west London block came to be coated in flammable building materials.

The cladding let flames spread up the side of the flats so quickly that residents became trapped.

Mr Beer said officials ought to have learned lessons from other tragedies and dealt with issues raised by the Commons parliamentary group on fire safety.

“Individually, these errors and missed opportunities from the department and across industry may not have caused the fire at Grenfell Tower.

“But cumulatively they created an environment in which such a tragedy was possible.

“Had there been a functional enforcement system… non-compliance to the extent that gave rise to the tragedy may not have been possible.”

A lawyer for the families earlier blamed the June 2017 disaster on an “unbridled passion for deregulation” of construction and safety regulation.

Stephanie Barwise QC added: “The Government’s dependency on that industry resulted in it becoming the junior partner in the relationship – thereby permitting industry’s exploitation.

“Government’s response…was to react by concealment.”