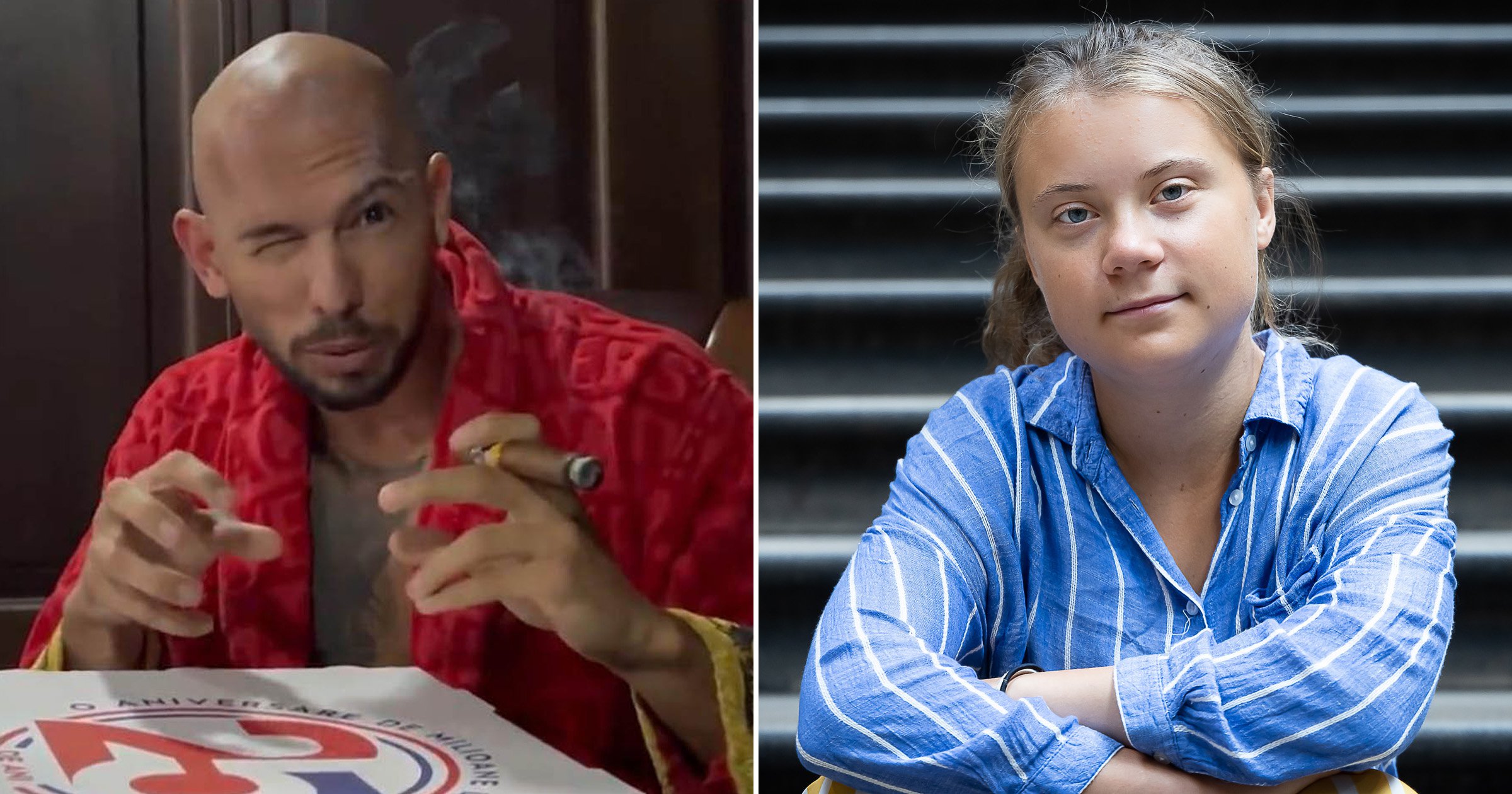 Greta Thunberg has ‘destroyed’ Andrew Tate in another ‘epic’ takedown on Twitter following his arrest.

Misogynistic social media personality Tate, 36, has been detained in Romania on suspicion of human trafficking, rape and organised crime.

There is speculation on the internet that a video he posted hitting out at Greta helped detectives locate him.

In the clip, he has Jerry’s Pizza boxes with Romanian language on them, and says he will ‘make sure these boxes are not recycled’.

When rumours began that the pizza boxes helped police realise he was in the country, Greta, 19, took to Twitter to ‘slay’ her enemy.

‘This is what happens when you don’t recycle your pizza boxes’, she wrote.

The teenage climate activist was named a ‘queen’ after making waves on Twitter with her clap back.

‘Finish him’ wrote one person, while another put ‘we don’t deserve this absolutely majestic human being’.

The world was curious.

And I do agree you should get a life â¤ï¸ https://t.co/mHmiKHjDGH pic.twitter.com/SMisajQRcf

It comes after she won the internet by saying Tate had ‘small d**k energy’ when he said he would send her a full list of his ’33 cars’ and ‘their respective enormous emissions’.

Reality TV star and former kickboxer Tate was detained alongside his brother Tristan while his house was raided in Bucharest.

He has been under investigation since April over his activities in Romania, where he moved five years ago.

Footage showed him being led from a property by several masked police officers after what appeared to be a carefully planned operation.

yes, please do enlighten me. email me at [email protected] https://t.co/V8geeVvEvg

Prosecutors in Romania confirmed he had been detained in a statement saying: ‘The four suspects … appear to have created an organised crime group with the purpose of recruiting, housing and exploiting women by forcing them to create pornographic content meant to be seen on specialised websites for a cost.’

A spokesperson told the Mirror he could not provide further details but confirmed the detention.

They added: ‘However, Andrew and Tristan Tate have the utmost respect for the Romanian authorities and will always assist and help in any way they can.’