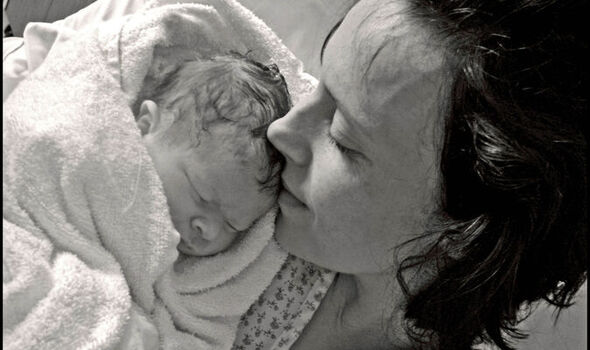 One anguished mother vowed: “Justice is coming. For every baby”, as police probed 600 cases. N also died needlessly, according to a damning report on the 20-year list of catastrophic failures dat the Shrewsbury and Telford Hospital NHS Trust. Health Secretary Sajid Javid said some staff there had already been removed.

Bullied workers were afraid to speak out as babies suffered fractured skulls and other injuries, while parents’ complaints were ignored.

A landmark five-year inquiry which reported yesterday even found some mothers were blamed for their own babies’ deaths.

Donna Ockenden, the senior midwife behind the report into almost 1,600 incidents, ruled the trust “failed to investigate, failed to learn and failed to improve”.

Campaigning mum Julie Rowlings, whose daughter Olivia died after 23 hours of labour following a consultant’s use of forceps, said the findings were the start of “justice” adding: “For every family out there, every family that’s come forward, this is for them.

Richard Stanton, whose daughter Kate Stanton-Davies died shortly after being born under the trust’s watch in 2009, called the report a “watershed moment. I hope the police will now have sufficient evidence to present to the CPS for a prosecution”.

Apologising to the families, Mr Javid spoke of the “unimaginable trauma” for all those affected.

He told MPs a number of staff, including management, involved in the scandal have already been struck off, suspended or removed.

Around 600 cases are actively being investigated by police in Operation Lincoln.

The Health Secretary added that “the individuals who are responsible for these serious and repeated failures will be held to account.

“This report paints a tragic and harrowing picture of repeated failures in care over two decades. We entrust the NHS with our care, often when we’re at our most vulnerable. In return we expect the highest standards.

“To all the families that have suffered so gravely, I am sorry. This report has given a voice at last to those families who were ignored and so grievously wronged, and provides a valuable blueprint for safety and safe maternity care in this country.”

West Mercia Police, heading the inquiry, said as yet it had not made any arrests but it will see if criminal cases might be brought against the trust or individuals.

Her review – said to be the largest ever – found deaths were often not investigated so “failures in care were repeated. This is a trust that failed to investigate, failed to learn and failed to improve.

“This resulted in tragedies and life-changing incidents for so many.” Even some of the mothers who had died were blamed.

The report said 201 babies might have survived had SaTH provided better care – 70 neonatal deaths and 131 cases where babies were stillborn. There were 29 cases of severe brain injuries and 65 of cerebral palsy.

Ms Ockenden cited examples of ineffective monitoring of foetal growth and a reluctance to perform Caesarean sections as recurring problems which “resulted in many babies dying during birth or shortly after.

She identified 60 improvements to be made at the trust – plus 15 immediate areas for action – and said there could be “no excuses” in future.

Rhiannon Davies, whose daughter Kate died in 2009, said numbers alone did “not tell the whole story” of the impact on the bereaved.

Tory MP Jeremy Hunt – who as Health Secretary ordered the inquiry, initially into 23 mother and baby deaths – said the scale of the failures now exposed was “beyond his darkest fears”, adding the report must spell the end of a “culture of fear in the NHS”.

Mr Hunt, chairman of the health and social care select committee, asked Mr Javid for “his deadline by when all [the report’s] actions will be implemented because that is something that every expectant mother in the country desperately wants to know?

“Can this be the last time that we put that burden on the shoulders of bereaved families and build a culture in the NHS which is open, transparent, accepts things go wrong, but hungry to learn from mistakes?”

Mr Javid said implementation “has already begun. I have asked for a timetable by when that will all be done.”

Louise Barnett, chief executive, added: “We offer our wholehearted apologies for the pain and distress caused by our failings. We owe it to those families we failed and those we care for today and in the future to continue to make improvements.”

Kayleigh Griffiths, whose daughter Pippa died in 2016 from a streptococcal infection, said words from the trust “aren’t enough. We’ve had to fight all the way along in this, so to finally be heard by Donna [Ockenden] is a great achievement for all families.”

From joy to our deepest, darkest place

Kate had anaemia and was floppy, pale and cold when she was born at Ludlow Community Hospital in 2009.

Richard said Kate was put in the care of a midwife while Rhiannon, had a bath.

Thirty minutes after the midwife saw Kate was unresponsive and could not resuscitate her, she dialled 999 for an air ambulance to take her to a Birmingham hospital neo-natal unit.

Richard said: “Kate was meant to be airlifted to Royal Shrewsbury but the helipad was closed. We were in a panic and had no idea where she was heading. We had to make our own way there, but Rhiannon collapsed and we had to take her to the Royal Worcestershire Hospital.

“Eventually we found out Kate had been taken to Birmingham Heartlands Hospital and was gravely ill.

“She passed away in my arms, while Rhiannon, who was blue-lighted to our hospital, wasn’t able to arrive in time.”

Richard added: “It went from being the most ecstatic moment in my life, filled with overwhelming joy, to the deepest, darkest place you could imagine.”

Rhiannon said of Kate: “I will never get over her loss. She lives within me and I think of her every single day.”

Now it’s time for an apology face to face

Defiant Julie Rowlings is demanding the shamed health trust apologise face to face after her daughter Olivia died following a consultant’s use of forceps during delivery.

In May 2002 Julie went into labour, but after 23 hours medical staff at Shrewsbury Hospital tried to hurry things up.

First they used a ventouse suction cup, but when that failed the consultant in charge decided to use forceps, which left Olivia with horrendous injuries.

Julie explained: “[The doctor] was pulling, at which point I started to slide down the table, so my husband put his hands under my arms to hold me up. The forceps came off with a clang, and he went back in again, because it was too late, she was too far down, he just had to deliver her.”

Olivia was rushed to resuscitation but later died of head injuries.

The doctor who delivered Olivia, Mohie El-Khadem, was in 2006 cleared at Birmingham Crown Court of manslaughter by gross negligence.

Julie says: “I would like somebody from the trust to sit and talk to me. They’ve never done that.

“They’ve apologised to all the families via media, but they’ve never sat down with the families.

“I want them to apologise face to face for what they put us through…It would go a long way.”

Reacting to the report she added: “I am emotional today…I feel like after 20 years, my daughter finally has a voice.”

My lad is never going to live independently

Many babies’ deaths could have been prevented at Shrewsbury and Telford Hospital NHS Trust, but there are also parents, such as the Rev Charlotte Cheshire, who live with children who survived with severe disabilities.

Ms Cheshire, 44, says her son Adam, 11, looked unwell after his birth in 2011, but her concerns were dismissed by staff at the trust. When it was finally discovered he had Group B Strep infection, he was taken to intensive care where he stayed for almost a month. She is suing the trust and says her son should have had treatment much earlier.

Ms Cheshire, from Newport, Shropshire, added: “He has multiple complex disabilities because of what happened at the hospital. He had meningitis, but they didn’t pick up on it or act soon enough.

“You could argue I’m one of the lucky ones, because my baby came home when so many others didn’t.

“But it’s changed my life forever and his – because he is hearing-impaired, visually impaired and has violent, challenging behaviour. Although he turned 11 on Friday, mentally he’s about four.

“The odds of that changing to a significant degree are highly unlikely. I am now having to seek a residential placement for him. When he’s happy, when he’s calm, he’s gorgeous, he’s a delight and he’s wonderful. But when he’s overwhelmed, I wear the bruises.

“Our lives will never be the same because he’s never going to live independently. “It’s a lifetime thing.”

200 pages of harmed families is bittersweet

The parents of a baby girl who died after midwives failed to recognise signs of a bacterial infection say the report is “bittersweet”.

Pippa Griffiths was born at home in Shropshire in April 2016, but died 31 hours later from Group B streptococcus.

“It shouldn’t have happened in the first place.”

Mum Kayleigh added: “It’s so important that the learning is taken.

A coroner ruled Pippa’s death was avoidable and blamed a string of unforgivable errors. The inquest heard medical staff missed a crucial opportunity to save Pippa when Kayleigh rang a midwife with concerns about the baby’s feeding.

A second chance was missed when Kayleigh rang again to report bloody mucus, a sign of a serious bacterial infection which could have been treated.

Pippa was born at 8.34am and a midwife was supposed to have visited the family home for a check-up later that day.

But the inquest heard she failed to turn up. Pippa developed a purple rash and stopped breathing. Emergency services revived her but she later died. The trust accepts chances to save Pippa were missed.