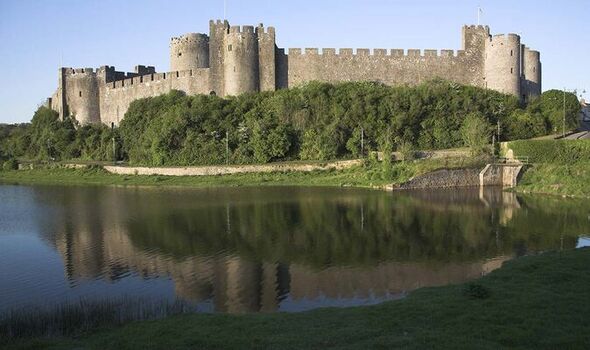 The father of one and village cricketer, 31, previously admitted her manslaughter. But yesterday, he pleaded guilty to her murder as members of Lily’s family watched at Swansea Crown Court.

The court heard the teenage supermarket worker was seen partying with friends at Paddles nightclub in Pembroke, south-west Wales, hours before she was killed.

Her body was spotted in Mill Pond, near the castle, at 4am on December 17. An inquest said she was strangled before being put in the water.

Haines confessed to several people and was arrested within hours, the court was told.

The oil refinery worker, of Lamphey, Pembrokeshire, was said to have met Lily, originally from Llanelli, at the nightclub. They later reunited in a nearby lane.

Wearing a red T-shirt, Haines appeared in court yesterday via a videolink from prison.

After her death, Lily’s family said: “She was a kind and caring daughter who will be deeply missed by everyone.”