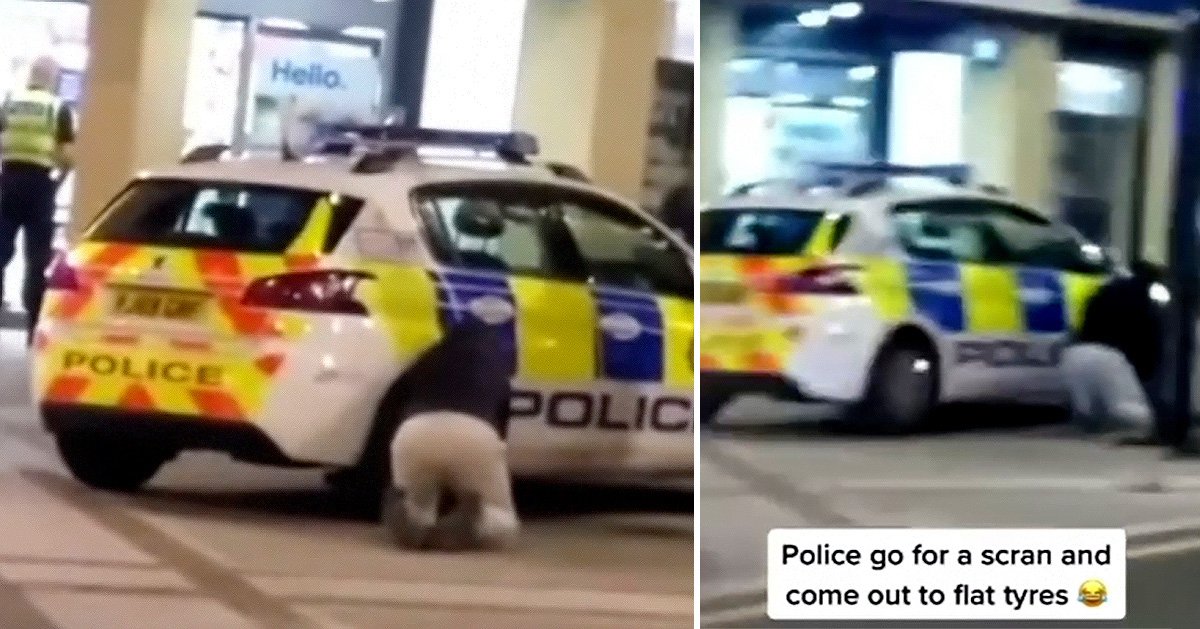 A grown man was filmed letting down a police car’s tyres while officers bought food.

With the cops just metres away, the man crawls up to the car parked outside the Tesco Express in Leeds.

His mate laughs away as he captures him in the act, later sharing the footage on TikTok with the caption: ‘Police go for a scran and come out to flat tyres.’

Seconds later, the officers return to vehicle and drive off, unaware their tyres are flat.

The footage soon went viral but was taken down after people let rip at the men for ‘wasting police time’.

‘Imagine if his mum got robbed and the nearest police was these guys,’ one said.

Another said: ‘Stupid. Someone gets raped and they can’t get to the scene in time.’

Others hoped they’d get arrested for vandalism or tampering with police equipment.

One added: ‘IDIOTS. And the tyre repairs are all coming out of the taxpayer’s pocket.’

According to data obtained by Crime Rate, 13,864 crimes in Leeds this year related to anti-social behaviour.