The London Marathon will set the UK’s capital city alight with activity tomorrow, with thousands of runners arriving this weekend. The landmark sporting event will attract many more viewers, with people hoping to catch a glimpse of the many celebrity athletes taking part. Express.co.uk has compiled a complete guide for those planning to watch.

When is the London Marathon?

London Marathon organisers have scheduled the 2022 marathon for Sunday, October 2.

Historically, the marathon has debuted in the early spring, usually around April.

But the pandemic forced organisers to make different arrangements, and they have since scheduled the race for the first weekend of October. 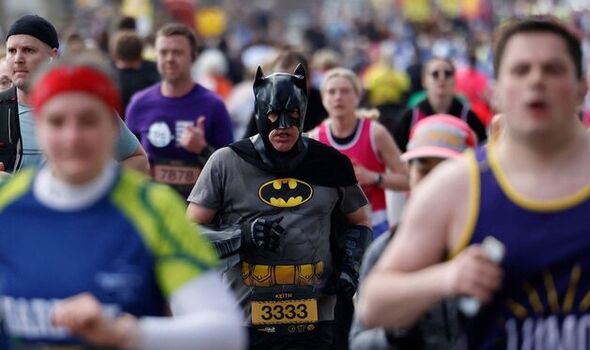 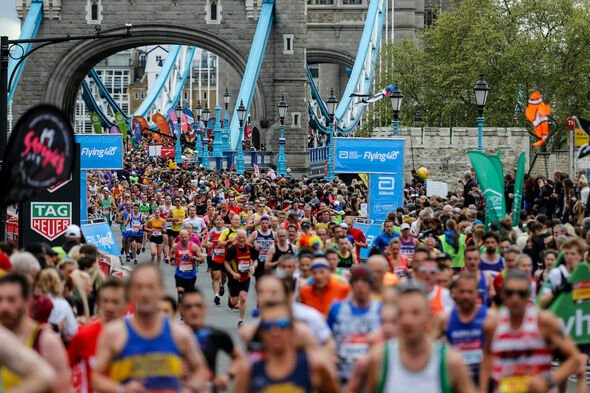 Runners will take up positions at Blackheath, near Greenwich, in the morning, with wheelchair racers leading the way from 8.50am.

Elite women and men follow, with the remaining runners in the “mass” due to join from 9.40am.

Every runner, regardless of level, should have crossed the start line by late morning, 11am.

Most racers should cross the finishing line four hours after they begin on Sunday.

What route will the marathon take?

The marathon will take runners on a 26-mile tour of London this Sunday.

Runners will spend the first half of the race south of the river after leaving Blackheath, crossing at Tower Bridge after mile 12.

The race ends following a final mile leg en route to Buckingham Palace, with the finish line set up down the path leading to the Mall. 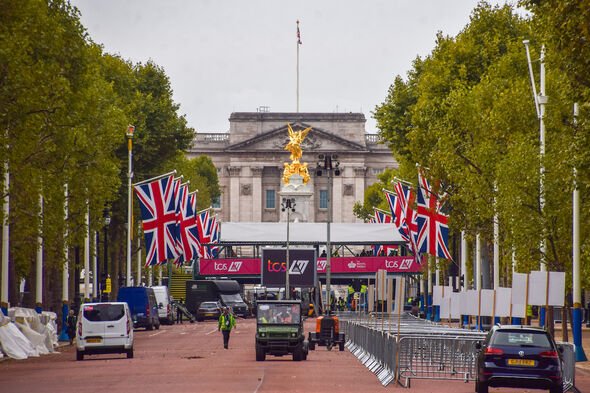 Where can you watch the London Marathon?

While the marathon is in London, it has a UK-wide and global event that attracts many thousands of viewers.

As the race is a public event, people can turn up at most points of the route to watch runners whizz past.

Organisers have made some parts – such as the start line – runner-only locations.

Those who miss out can watch the race unfold at home, with the BBC fronting live coverage this year.

Elite runners and their mass counterparts will appear on BBC Two for the first hour, between 8.30am and 9.25am.

Coverage will switch to BBC Two between 9.25am and 2.35pm tomorrow.

Those who prefer to watch the entire event live online can tune into BBC iPlayer’s stream.