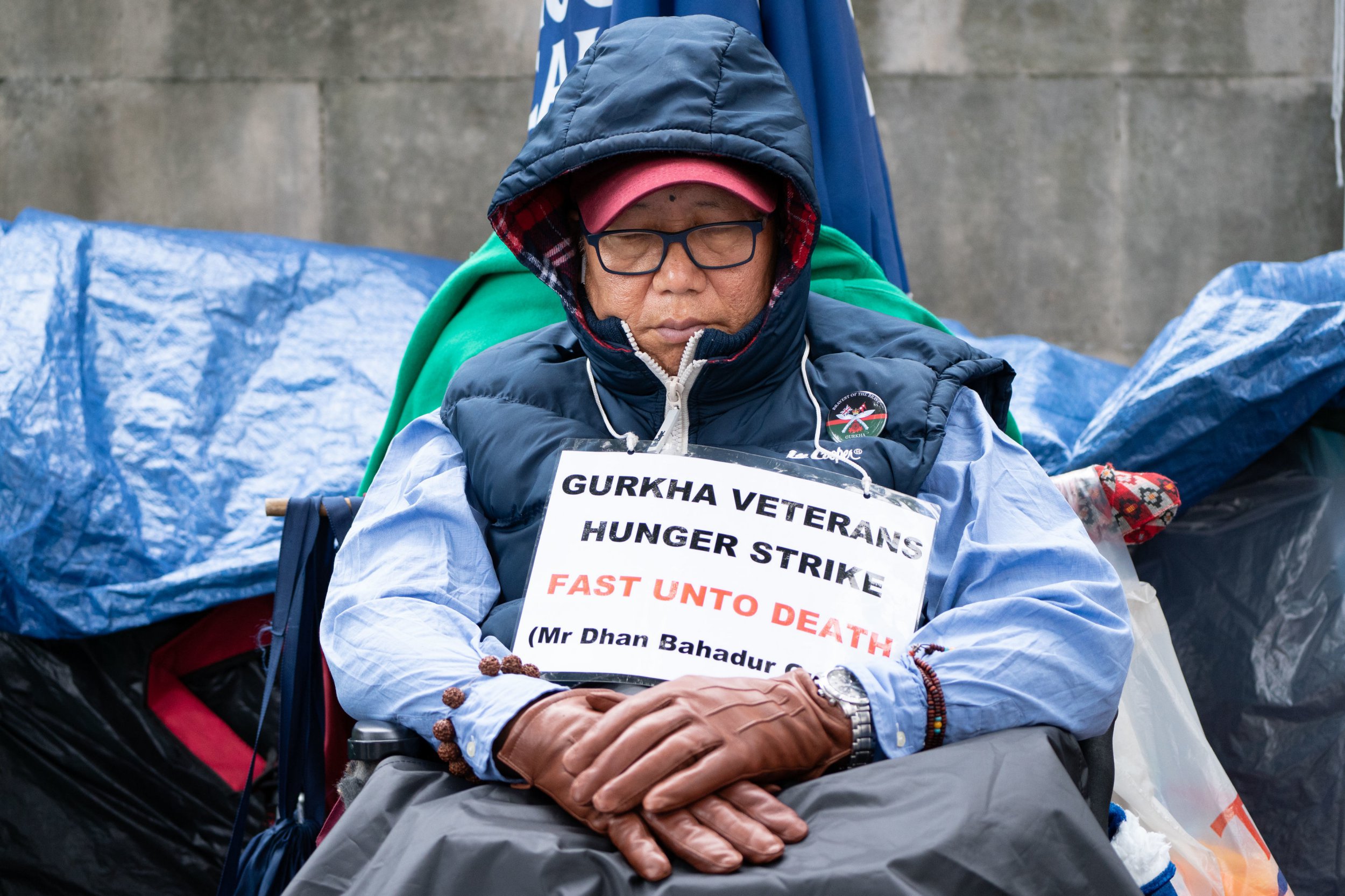 Ex-Gurkha servicemen have ended a Downing Street hunger strike after the government agreed to begin talks with the Nepalese Embassy over pensions.

The group had not eaten for 13 days, with one 60-year-old — Dhan Gurung from Hampshire — admitted to hospital with heart problems on Wednesday before returning to the site.

A spokesman for the group said yesterday Mr Gurung, from Basingstoke, had less than a week before his condition became really serious.

The protesters were calling for equal pensions for Gurkhas who retired before 1997 and are not eligible for a full UK armed forces pension.

On Thursday afternoon, the Ministry of Defence announced it would open talks with the Nepalese Embassy about the matter.

The Gurkha Equal Rights campaign group tweeted afterwards: ‘Government has a struck a deal with the Nepal Embassy for a government to government dialogue.

’13 days of fast unto death, the hunger strike has now been called off! Thank you everyone for your support and love!’

BREAKING NEWS ! Government has a struck a deal with the Nepal Embassy for a government to government dialogue. 13 days of fast unto death, the hunger strike has now been called off ! Thank you everyone for your support and love !ðð½â¨ðªð½ðð½ pic.twitter.com/VJYSuMjZ6t

A spokeswoman for the Ministry of Defence said: ‘We are happy the Satyagraha (non-violent resistance) group have agreed to break their fast.

‘Our primary concern is always the health and welfare of our serving personnel and veterans and this strike was not a course of action we encouraged.’

She added: ‘We look forward to meeting with the group next month alongside the Nepali Ambassador to move forward together.’

Around 200,000 Gurkhas have served the British Army in both world wars and in locations such as the Falklands, Kosovo, Iraq, Afghanistan, Hong Kong, Malaysia, Borneo and Cyprus.

Those who retired before 1997 get a smaller payment as their pension was based on Indian Army rates.