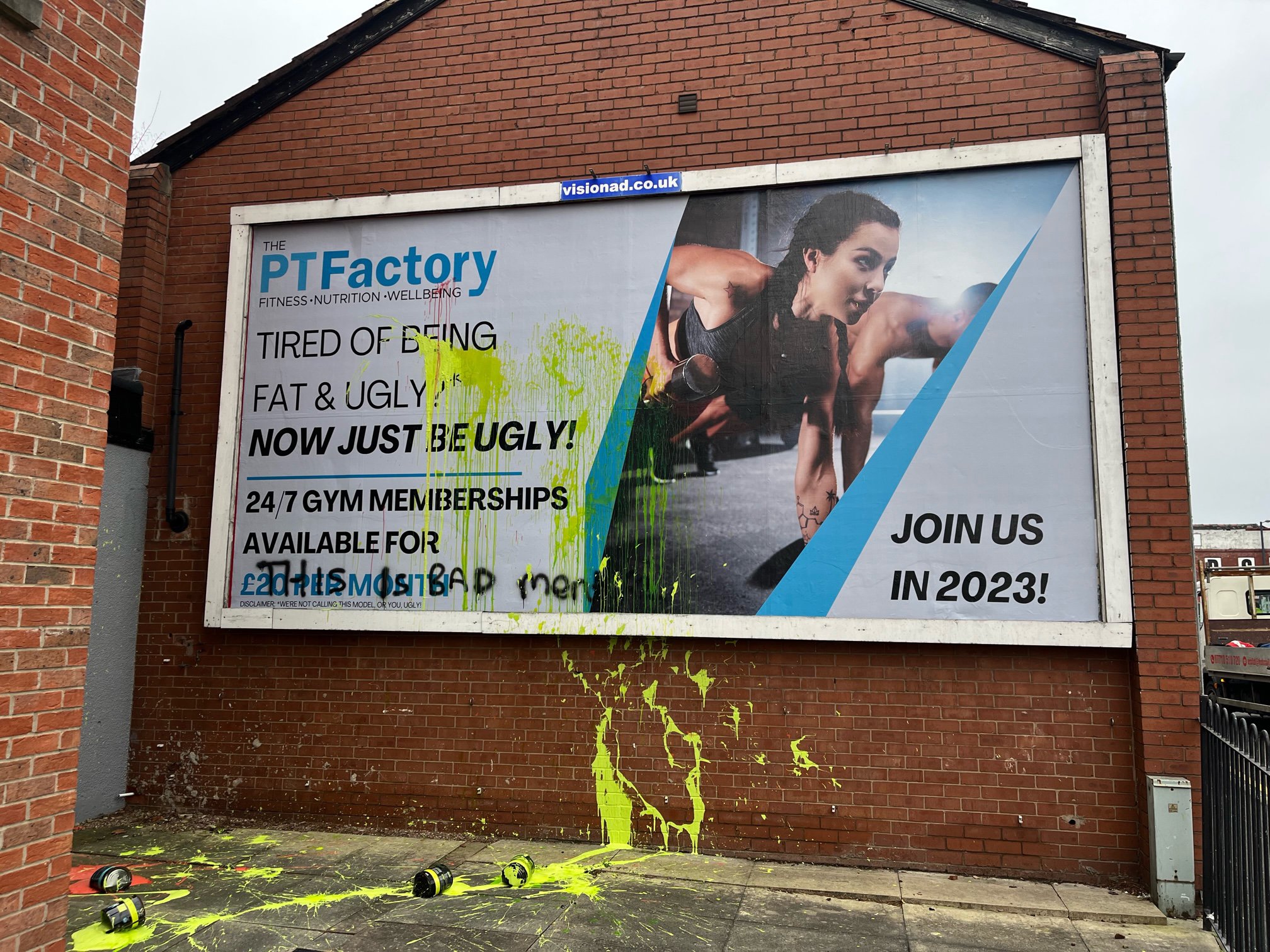 A billboard that asked people if they were ‘tired of being fat & ugly?’ has not gone down well.

Ollie Lawrence, who owns The PT Factory gym in Denton, Greater Manchester, says it was meant to be a ‘light-hearted joke’ when he put it up on December 5.

He has received some complaints and someone even decided to chuck yellow paint across it on Monday.

The vandalism was accompanied by a message which reads ‘this is bad mental,’ which Ollie says is ‘a step too far’.

He said: ‘I couldn’t believe it. It was just a light-hearted joke. It wasn’t our intention to offend anybody.’

But he claims most people have reacted positively to the advert and hoped it would attract attention and ‘put a smile on people’s faces’.

‘I would not have put it up otherwise,’ he said.

‘We spoke to a lot of people beforehand and 99% have seen it for what it is – a joke.

‘We’ve had thousands of comments saying how brilliant it is.

‘We have had about eight or nine complaints and unfortunately someone has done what they have done.

‘There’s nothing malicious in it. That’s not who we are as a business.

‘We wanted to get a funny line out there to try and get our personality across. How do you do that on a billboard?

‘We’re a really friendly gym. The eight people who have complained don’t actually know me as a person.

‘I’m a happy-go-lucky kind of guy. I’ve always been in this industry to help people.’

Ollie plans on replacing the ‘expensive’ billboard in the new year despite the vandalism.