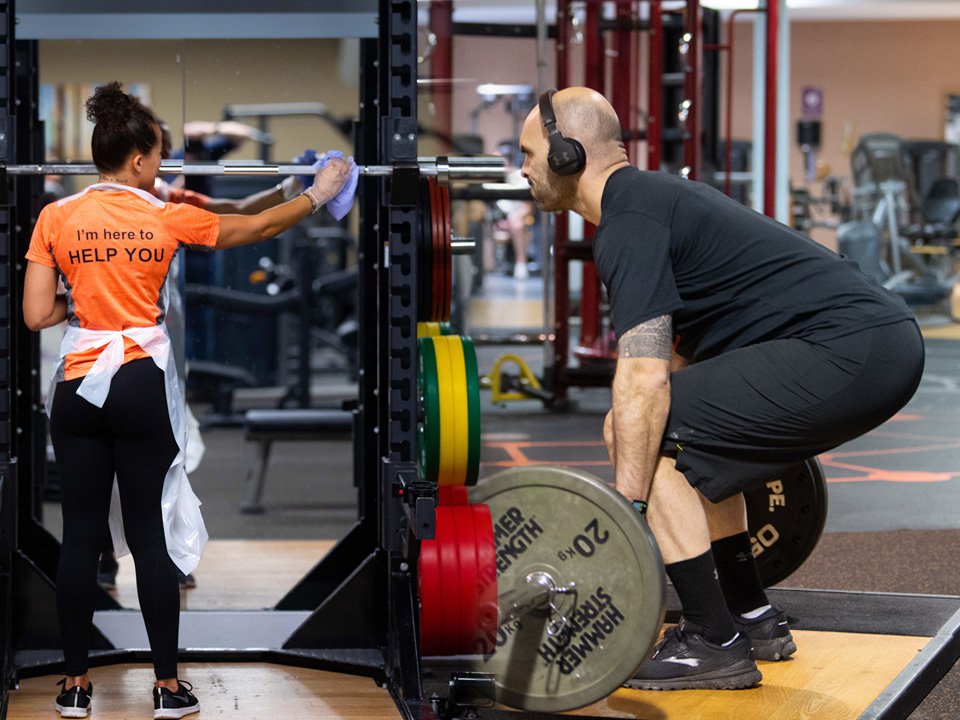 People will be able to return to exercise at the gym from April 12 if conditions are met.

Indoor gyms and leisure facilities, such as swimming pools, will be permitted to reopen, but the requirements for social contact in indoor settings will continue.

This means people will only be permitted to visit a museum or exercise in a gym alone or with their own household. Classes will not return until later on.

Boris Johnson outlined his ‘roadmap’ out of lockdown today, saying that pupils would return to school from March 8.

He said that at least five weeks after this and no earlier than April 12, non-essential retail, personal care premises – such as hairdressers and nail salons – libraries and museums will be permitted to reopen.

Pubs will also be allowed to open their beer gardens for people to drink within two households or in a group of a maximum of six people.

Mr Johnson there would be an announcement at least seven days in advance to confirm if it was going ahead.

He said: ‘If analysis of the latest data against the four tests requires a delay then this and subsequent steps will also be delayed to maintain the five-week gap.’

Mr Johnson told MPs: ‘We will begin to reopen our pubs and restaurants outdoors and honourable members will be relieved there will be no curfew and the Scotch egg debate will be over as there will be no requirement for alcohol to be accompanied by a substantial meal.’

Zoos, theme parks and drive-in cinemas will also reopen in this second phase along with public libraries and community centres, Mr Johnson said.