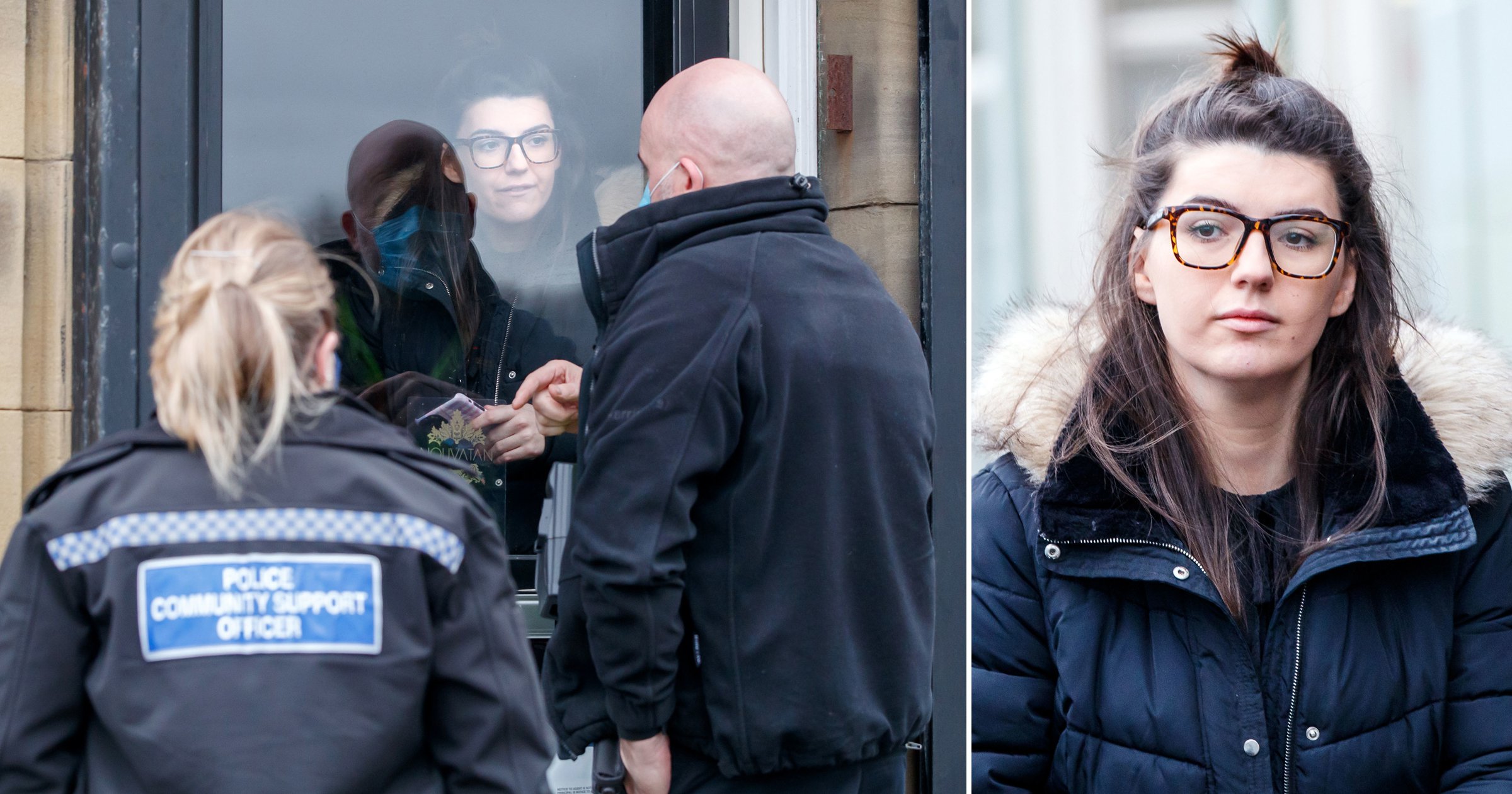 A rebel hairdresser’s attempts to reopen her salon during lockdown have been scuppered after police and council officials swooped on the building.

Covid sceptic Sinead Quinn has already racked up £17,000 in unpaid fines after trying to invoke Magna Carta to justify flouting the rules.

Ms Quinn had promised to open up her salon in Bradford this weekend as part of a social media campaign called The Great Opening.

Some shopkeepers across the country had pledged to defy lockdown in protest at being forced to remain closed for the foreseeable future.

But Ms Quinn revealed that Kirklees Council has now taken out an injunction against her to put a stop to her persistent rule-breaking.

She shared a letter on Instagram showing that she would be arrested if she attempted to open Quinn Blakey Hairdressing on Bradford Road.

Despite this she turned up at the salon door shortly before 12pm and entered the building.

Ms Quinn spoke to two police officers through the door before letting them inside and closing the shutters.

They left the salon a short time later and Ms Quinn drove away in her black Range Rover.

Sharing a video from inside the car, the hairdresser showed the scene outside the salon surrounded by what she called ‘the cavalry’; police, reporters and council staff.

She said it was ‘unbelievable,’ before showing a picture of a shop a few doors down from her own. She added: ‘Yes, it’s open for food, the carpet shop is open, football players can play but I can’t earn a living. Just madness.’

West Yorkshire Police confirmed they did attend the premises but a spokesman said: ‘No Covid breaches or any other such matters were disclosed or noted.’

Coronavirus conspiracy theorists have been touting today as the day when business owners should reopen after the Government confirmed non-essential shops will not be allowed to operate again until at least mid-March.

A rumour that shops can use a common law defence to defy lockdown has been circulating online.

But Police forces across the country have warned anyone taking part could be in line for a £10,000 fine.

Ms Quinn tried to use a similar excuse back in November when she invoked Magna Carta after police officers insisted she close her business during the second national lockdown.

Earlier this month Kirklees Council confirmed the fines she was dealt at that time have still not been paid and they are preparing to prosecute.