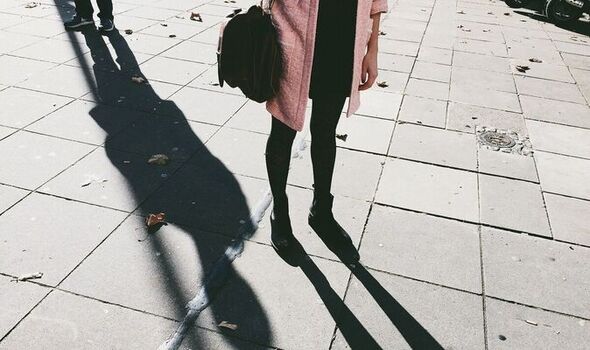 Onlookers ignored incidents where women or girls were subject to harassment or physical or verbal abuse instead of intervening. This is despite almost two-thirds (64 percent) of Britons saying they feel a personal responsibility to help those at risk.

The findings are published in a new Government-backed study which reveals the scale of public change needed to tackle the crime of violence against women and girls.

Figures out last week in the Crime Survey for England and Wales estimated that 6.9 percent of women experienced domestic abuse in the year ending March 2022; this equates to an estimated 1.7m women.

And last year at least 141 UK women were killed by men – an increase on the previous two years – and including the murders of Sarah Everard, Bibaa Henry, Nicole Smallman, and Sabina Nessa.

Sexual offences recorded by the police for the 12 months to September 2021 were the highest on record at 170,973 offences, according to the latest figures from the Office of National Statistics.

Now the majority of people and three-quarters of women (76 percent), believe that people have looked the other way when it comes to violence against women and girls for too long, according to a survey of just over 2,000 adults across England and Wales commissioned for the Government’s ‘Enough’ campaign.

Everybody has a role to play in ending violence against women (both 69 percent) and nearly one in five (18 percent) of those who did not intervene in an incident they witnessed say they regret their decision.

The Daily Express Keep Women Safe On Our Streets crusade has also highlighted the risks faced by women and girls.

Daniel Guinness, co-founder of the charity Beyond Equality, which works with men and boys to raise awareness of the crimes, said: “Prevention requires changing attitudes that normalise aggression, coercion and control – we must get to the root of the problems to effect systemic change.

“Men need to play a large role in this prevention work by recognising and challenging behaviours and comments that normalise or excuse sexual harassment or violence by men or those that hide the impact of it.

“It’s often seen as a problem for women to solve by keeping themselves safer.

“However, the reality is that the most powerful step is to stop the violence in the first place, and that’s going to take all of us.”

Concerns stopping people from helping victims included not knowing what to do to stop an assault – either verbal or physical – (21 percent) while 38 percent are worried for their own safety.

The ‘Enough’ campaign encourages people to STOP – Say something, Tell someone, Offer support, Provide a distraction – in a bid to rescue a woman or girl.

Backers of the initiative include 40 voluntary sector organisations and academics, from Women’s Aid to Rape Crisis.

Alarmingly, half of the adults questioned have witnessed abusive behaviours in recent years.

Yet, despite two-thirds of this group saying they had taken some form of action, over half (54 percent) of women who have experienced a form of harassment or abuse say that nobody stepped in.

The likelihood of taking any action varies depending on the type of abuse being witnessed.

Minister for Safeguarding Sarah Dines said: “I am determined to crack down on abuse. I’m committed to creating a society where women and girls are safe and criminals face the full force of the law.

“It’s clear that the public share this view, but not knowing how to intervene is a barrier.

“Our campaign, Enough, gives the public ways to safely intervene if they witness abuse.

“We need major societal change to tackle violence against women and girls: everyone needs to play their part.”