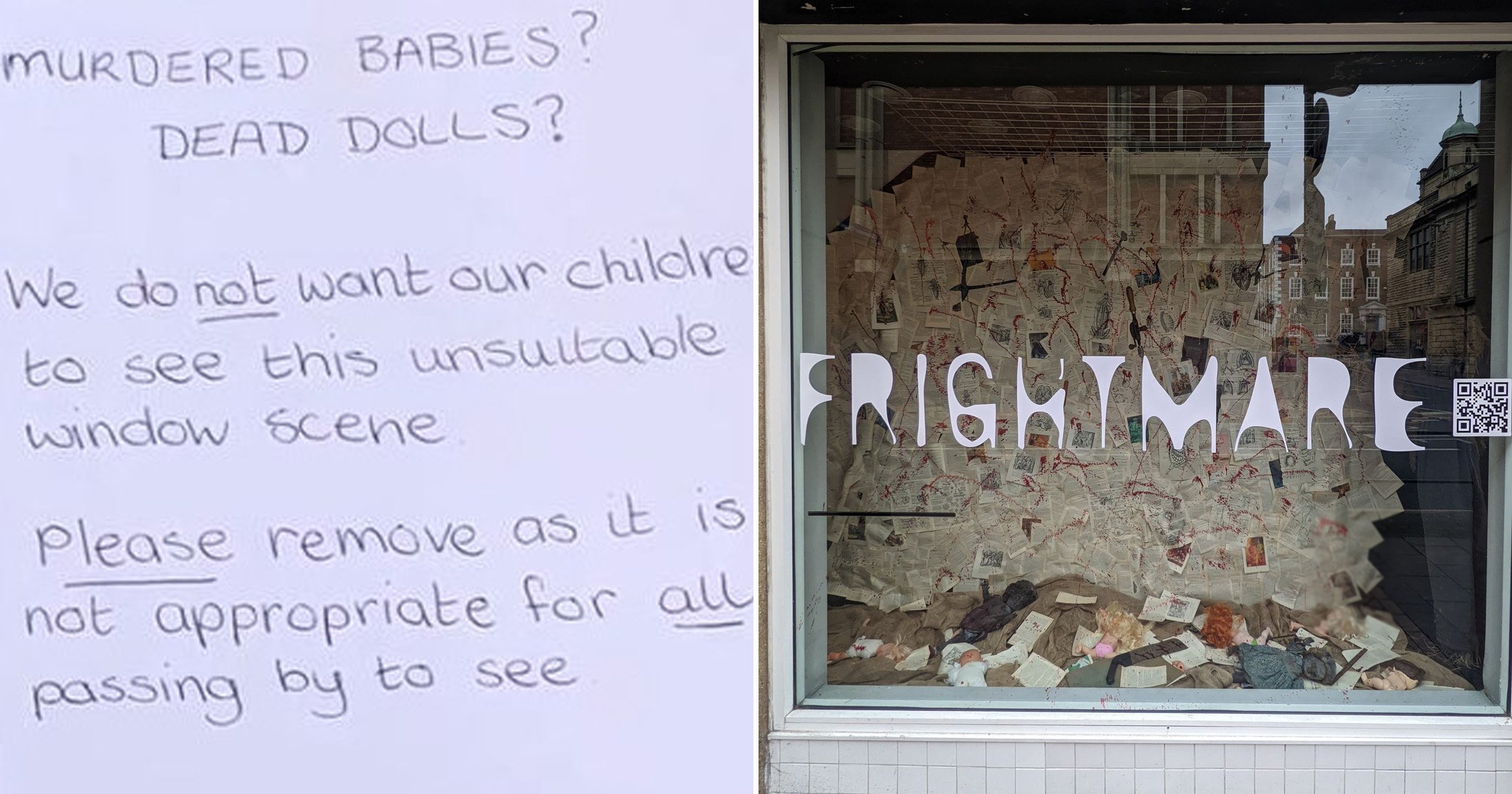 Halloween event organisers were forced to apologise and change their window display after horrified residents complained about the ‘dead dolls’ and ‘murdered babies’ it depicted.

Frightmare, which is running its 20th annual Halloween festival in Gloucestershire, had team member Georgia Wilson design their window in the city centre.

Two of the dolls appear to be burnt as they lay amongst a ‘bloodied’ meat cleaver.

But some locals were not a fan of the eerie scene and left a note for the team on Saturday.

‘We do not want our children to see this unsuitable window scene. Please remove as it is not appropriate to all passing by to see. Thank you. Concerned parents and residents.’

Frightmare decided to change the display and wrote an apology notice.

It said: ‘We would like to clarify that no babies (or dolls) were harmed in the making of this window display.

‘However, we apologise for any distress caused and have removed the doll parts as requested. Happy Halloween.’

The company also posted a video on TikTok, keeping their sense of humour about the situation.

They jokingly captioned the video: ‘Georgia is no longer allowed to do window displays. We’ve sent her to the mirror room, so she can take a long, hard look at herself.’

Several people commented that it was ‘ridiculous’ to complain about a Halloween display being too scary.

‘Someone always has to ruin it,’ one person wrote.

Georgia said: ‘I had found some cool books in a charity shop and thought it would make a really cool window display. The book had biology, tool books and babies in it, like a murder mystery.

‘After I did it, I stood back and thought it looked Halloween-y and so did the team. We all felt that the dolls were just props and were a bit surprised when we read the note.

‘It was never my intention to offend anyone. I never thought of the props as dead little people. But the way the note was worded gave us a giggle, but I think I’ll be a little more cautious in the future.’