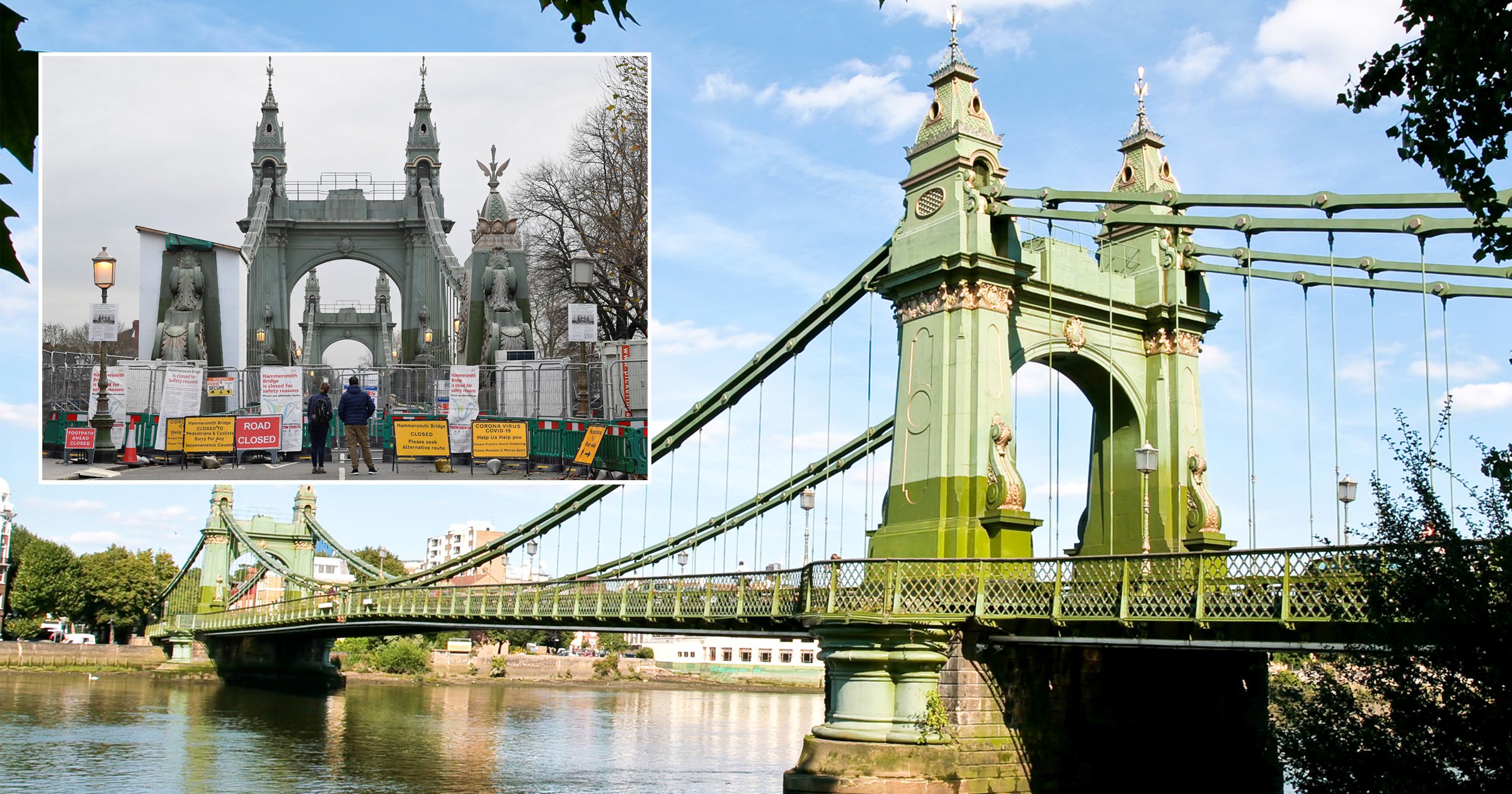 A London ferry service that will carry people across the Thames at Hammersmith is unlikely to be launched until summer – with passengers paying for trips.

‘Disappointed’ locals say they were promised a free ferry that would start in the spring – but Transport for London announced today it would be £1.55 per journey for adults from an unknown date in summer.

The local Government body has blamed the delay on a request for additional time by the two companies vying to operate the ferry – City Cruises and Uber Boat.

Officials say they are also waiting for confirmation of financial funding from the British Government.

It comes after the crossing, which links Hammersmith and Barnes, was closed to all members of the public in August after safety inspectors found a heatwave had worsened cracks in the 133-year-old structure.

London bodies say it will cost £140m to get Hammersmith Bridge repaired. They have clashed with the Government on the funding, with a taskforce insisting it could be done for less.

Julia Watkins, of residents’ pressure group Hammersmith Bridge, said residents are ‘disappointed on every level’ and ‘sceptical we will see it [the ferry] before the end of summer’.

Speaking to the Evening Standard, she said: ‘We were also promised a residents’ consultation regarding matters like operating hours – those being proposed are woefully inadequate.

‘They will effectively stop people leaving the area at night or weekends, which is especially unfair on the many people in the area who work shifts at nearby Charing Cross hospital.

‘This system is likely to prove grossly inadequate for needs: we need the bridge repaired for pedestrian use as soon as possible.’

The ferry will have a minimum peak capacity of 800 passengers an hour and is set to operate from 6am to 10pm on weekdays with an off-peak service at the weekend.

The company that will run the service is due to be announced next month, despite officials initially hoping it would launch by October half-term 2020.

David Rowe, TfL’s head of major projects sponsorship, said: ‘We are working at pace to get a temporary ferry operating to ease the upheaval and inconvenience caused by the closure of Hammersmith bridge.

‘This ferry will restore the vital cross-river connection between Hammersmith and Barnes, and allow repair work to be done on Hammersmith Bridge at the same time.

‘We look forward to appointing one of these shortlisted operators in the coming weeks and then having people onboard boats as soon as possible.’