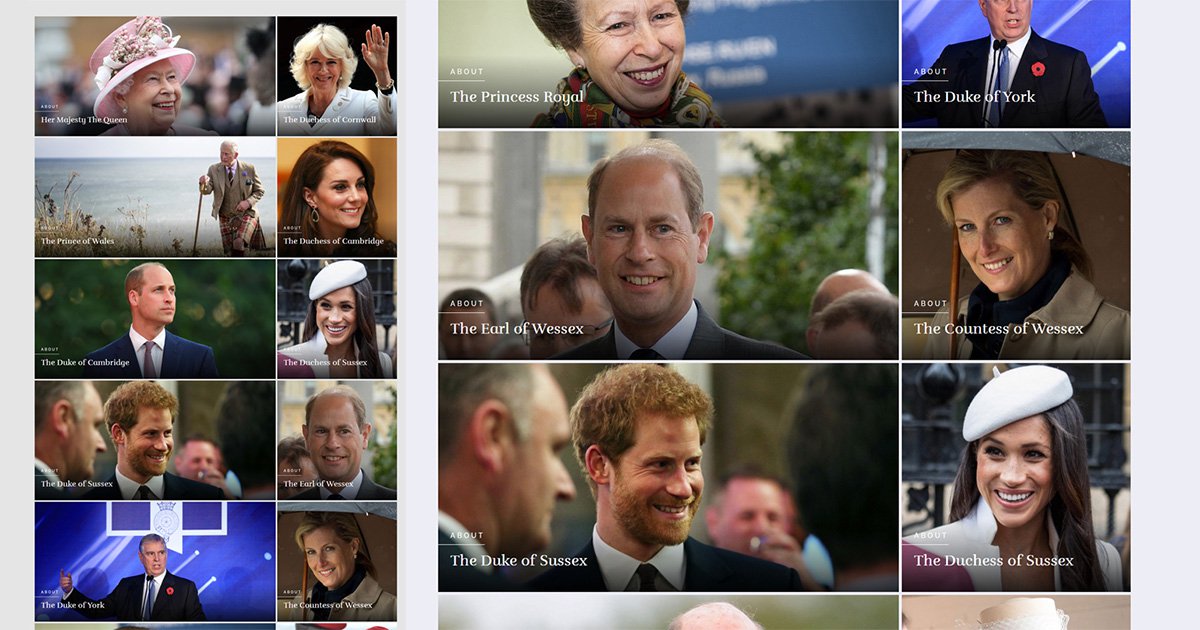 A list of prominent members of the royal family on their official website has been reshuffled, with the Duke and Duchess of Sussex moved down.

Buckingham Palace enthusiasts were quick to spot the apparent ‘demotion’, which saw Prince Harry and his wife Meghan moved below Prince Edward and Sophie Wessex, as well as the Princess Royal and Prince Andrew.

Previously, they were given a higher billing, appearing just below Prince William, who is second in line to the throne.

A spokesperson for the royals told the Daily Mail, which noted the change, that they had no comment ‘other than that we refresh the website regularly’.

The website, http://www.royal.uk, describes itself as ‘the home of the royal family’.

It still states that Harry and Meghan plan to ‘balance their time’ between the UK and America, after they announced their decision to ‘step back’ as senior working royals.

A bio about them says: ‘As announced in January [2020], The Duke and Duchess have stepped back as senior members of The Royal Family.

‘They are balancing their time between the United Kingdom and North America, continuing to honour their duty to The Queen, the Commonwealth, and their patronages.

‘Frogmore Cottage in the UK remains their family home.’

The list of royals on the site saw Princess Anne bumped up five places to sit below the Duchess of Cambridge.

Prince and Princess Michael of Kent were added to the bottom.

Prince Andrew was moved up, despite him retiring from public royal life over his friendship with Jeffrey Epstein.

It comes as Sophie the Countess of Wessex and her husband Prince Edward the Earl of Wessex, who is the Queen’s youngest child, said they were ‘flattered’ to be taking on a more prominent role in the monarchy since Harry and Meghan’s move to California.

Sophie said the royals are ‘still a family no matter what happens’ following tensions earlier this year in the aftermath of the Duke and Duchess of Sussex’s bombshell interview with Oprah Winfrey.

She said she had a ‘lengthy chat’ with Harry after the Duke of Edinburgh’s funeral in April.

It was the first time Harry had been in the UK since stepping down for a new life of personal and financial freedom in the US with Meghan and their son Archie.

In the Wessexes first public comments since the funeral, Sophie told The Telegraph Magazine: ‘We are still a family no matter what happens, we always will be.’

Reflecting on their more prominent role in the monarchy, she said: ‘We’ve plodded along doing what we’re doing, hopefully doing it well. And then all of a sudden there’s a bit of a hiatus and things have changed a bit.

‘Naturally, the media are looking for people to fill the so-called void.’

She added: ‘If people want to pay more attention to what we’re doing, then great.’