Tensions between Prince Harry and the wider Royal Family surged after he and Meghan gave an explosive interview to Oprah Winfrey last month. On Saturday both William and Harry attended Prince Philip’s funeral and were spotted chatting together after the service.

However according to columnist Jan Moir, the Sussexes will have to remain critical of the royals if they want to boost their status.

Writing for the Daily Mail she said: “What sets these brothers apart is what is at stake – a kingdom versus stardom.

“For the Sussexes can only truly establish themselves as celebrities in America if they throw the Cambridges under the woke bus.”

During the incendiary interview with Ms Oprah, first broadcast by CBS, Meghan alleged the wider Royal Family failed to support her when she suffered from mental health problems. 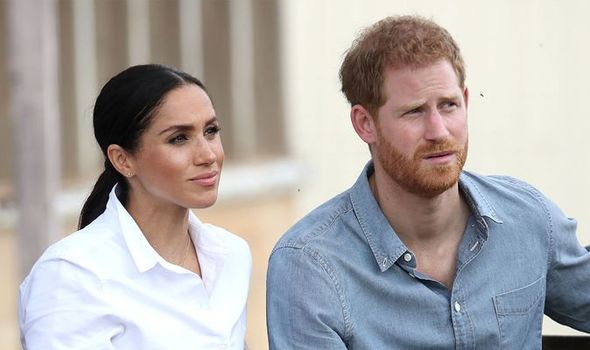 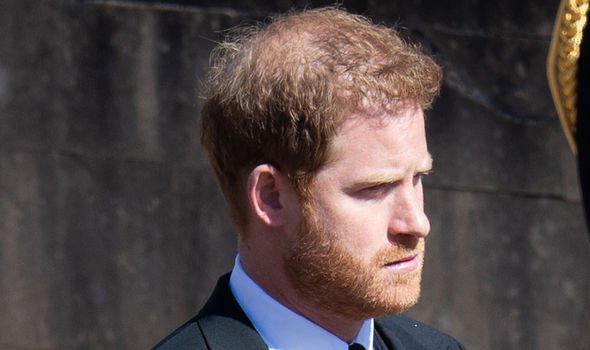 The Duchess revealed she experienced suicidal thoughts after marrying into the Royal Family and had problems with loneliness.

She also claimed there were “concerns and conversations” within the family prior to Archie’s birth about his skin tone.

Meghan explained: “That was relayed to me from Harry. 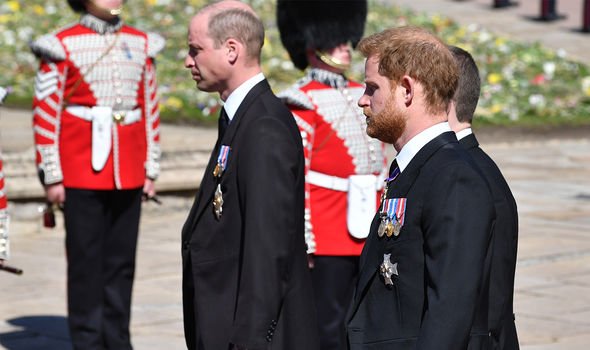 However she refused to name the royal involved commenting: “That would be very damaging for them.”

Harry confirmed a discussion had taken place stating: “That conversation, I am never going to share.

Ms Winfrey later said the Sussexes had asked her to make clear it wasn’t either the Queen or Prince Philip.

King Charles: Could Princess Anne ever have been Queen? [REVEAL]
Prince Charles and Kate joined forces to get William and Harry peace [INSIGHT]
Meghan Markle’s claims debunked by Beatrice and Eugenie decision [SHOCK] 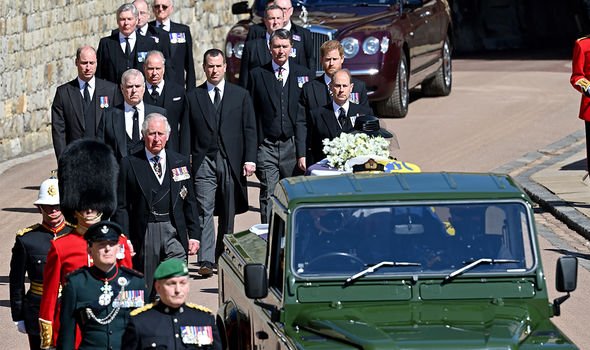 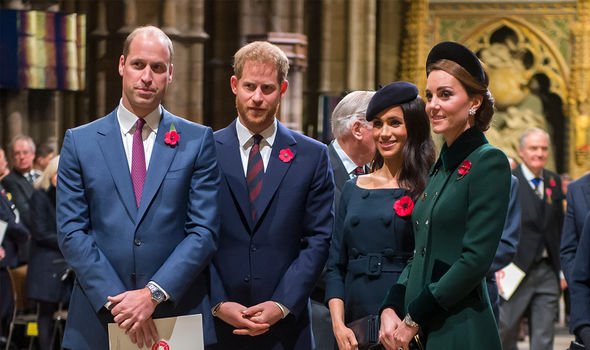 In her article, Ms Moir argued the split between William and Harry could end up threatening the monarchy itself.

She said: “If William and Harry, once the bright future of the House of Windsor, cannot rely on each other to keep the enigma of the monarchy intact, then they, and it, are lost.

“Clearly, the Windsors are a troubled lot. Like most families with difficulties, they are not short of members who can be depended upon to act in destructive ways, leaving others to soldier on amid the chaos.

“The brothers have reached a terrible impasse and perhaps are too wounded to see the bigger picture; to understand how fragile it all is, this chance at happiness, this hold on prestige, status or even life itself. 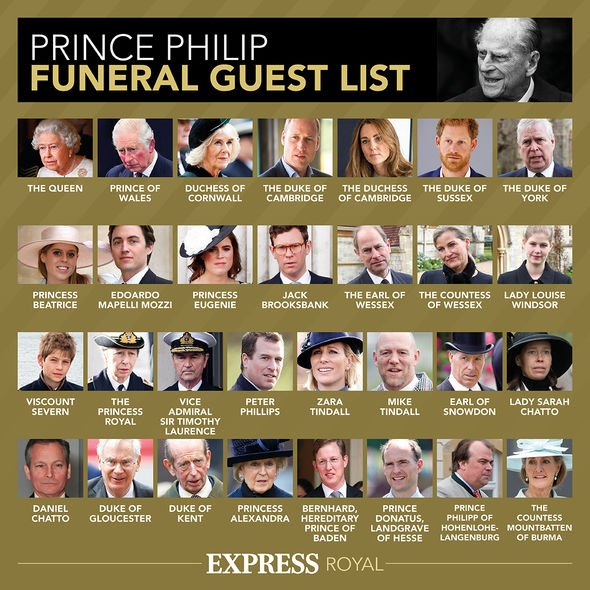 “And at the core of their current woe is an old but essential truth: some things can never be unsaid, so don’t say them in the first place.”

Due to coronavirus restrictions, only 30 mourners were able to attend the service. 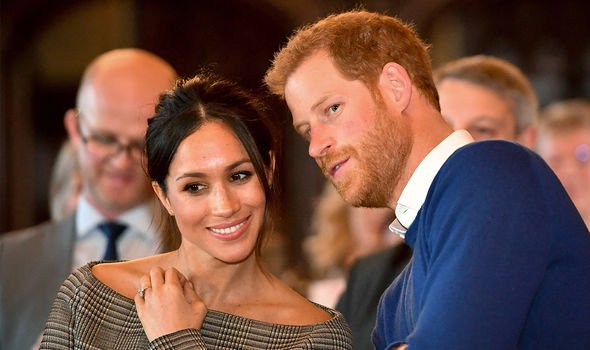 The Duke of Edinburgh was the longest-serving royal consort in British history.

In reference to his naval career ‘Action Stations’ was sounded by Royal Navy personnel during the service.

This is traditionally played when a warship is about to engage in combat.
Source: Read Full Article