Ms Arbiter reminded audiences that it was Prince Harry and the Duchess of Sussex’s choice to stop being full-time working members of the Royal Family. The royal commentator explained that the Queen had left the door open for them, for one whole year so that they could decide if they wanted to come back to the firm. Ms Arbiter then explained why she thought they would never come back as working royals and move back to the UK. The Queen’s funeral and ten-day mourning period saw the royal couple return to Britain in order to pay their respects to the former Monarch.

Ms Arbiter told Sunrise: “I know there are a lot of people out there who would love to see Harry and Meghan rejoin the Royal Family as working royals.

“But I think we have to remember that Harry and Meghan’s decision to leave was their decision.

“The Queen had left the door open for them for a year, the goal being at the end of that year for them to say yeah you know what we want to come back or no we’re very very happy living the life we’re living.”

“They chose the life they’re living in his accession speech the King did say he loved Harry and Meghan, and he wished them every success, I’m paraphrasing a little bit.

JUST IN: Pension nightmare: 500,000 retirees to be forced to pay income tax next year under plans 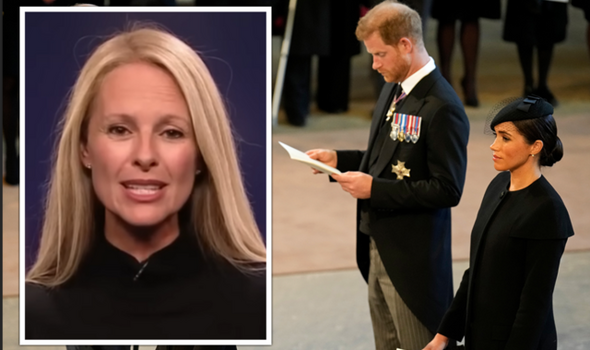 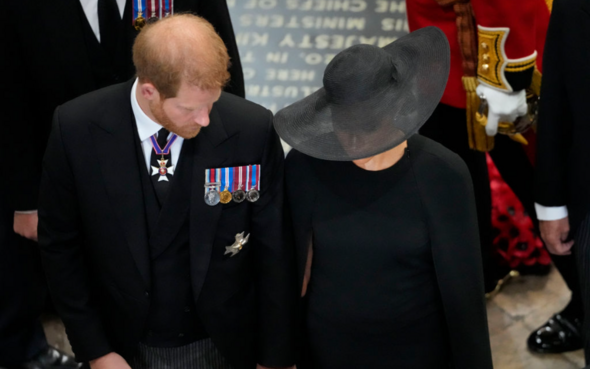 “So I certainly hope we see a defrosting of tensions that we see a thaw in relations.

“But Harry and Meghan are not coming back as working royals, and we have to get used to that I’m afraid.”

Other royal experts have expressed a hopeful sentiment that the royal couple will make a full return as working royals in Britain.

READMORE:Putin’s address to Russia delayed for unknown reason before referendum in occupied Ukraine

The royal couple returned to the UK for ten days of mourning and the Queen’s funeral which was held on Monday at Westminster Abbey.

The Duke and Duchess of Sussex came together with other senior royals to pay their respects to the Queen.

Prince Harry and Meghan the Duchess of Sussex met with crowds of mourners at Windsor Castle, along with Prince William and Kate, the Princess of Wales.

There has been much speculation as to when the royal couple will go back to Los Angeles, and if they will rejoin the firm.

DON’T MISS: Taiwan tensions skyrocket as US and Canadian warship sail through Strait[INSIGHT] 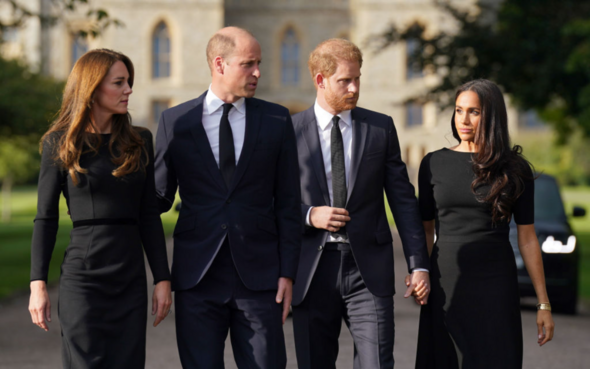 Royal expert Kristen Meinzer said: “I’m glad that Charles, in his first speech as King, took a moment to say he loved Harry and Meghan.

“And I hope Charles considers bringing them both back into the Firm the way they originally wanted: half in, half out, and earning their own salaries doing their own outside work.

“That would be in keeping with Charles’ own desire to streamline the monarchy while also having enough bodies to do all the engagements required of the Crown”.

She also said she hopes the rest of the family take inspiration from the Sussexes and discuss “difficult issues”.