Archie and Lilibet 'should be treated like Wessexes' says Lady C

Prince Harry and Meghan, Duchess of Sussex, were “obsessed with keeping the details” of Archie’s birth private, a royal expert has claimed. Archie Harrison, now three years old, was born just less than a year after the Duke and Duchess of Sussex tied the knot at Windsor in 2018.

But both parents were “obsessed with keeping the details a secret”, royal expert Kinsey Schofield has told Fox News Digital.

She claimed the Duchess of Sussex, 41, “thought the entire ordeal was barbaric”, and did not want any part in the public attention around the birth of her first son.

She added: “Meghan originally didn’t even want to have the baby in a hospital.”

Ms Schofield then claimed that Meghan had wanted to opt for a home birth, before being “told there could be too many complications since it was a geriatric pregnancy”, referring to a pregnancy in someone over the age of 35. 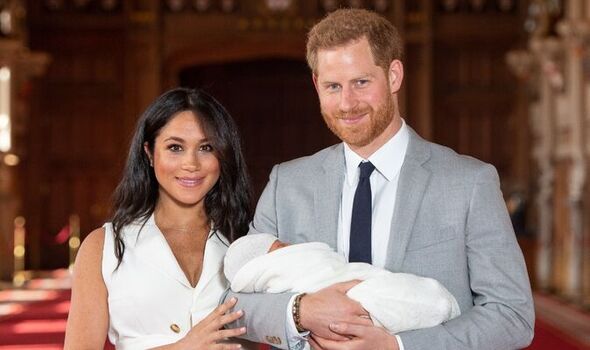 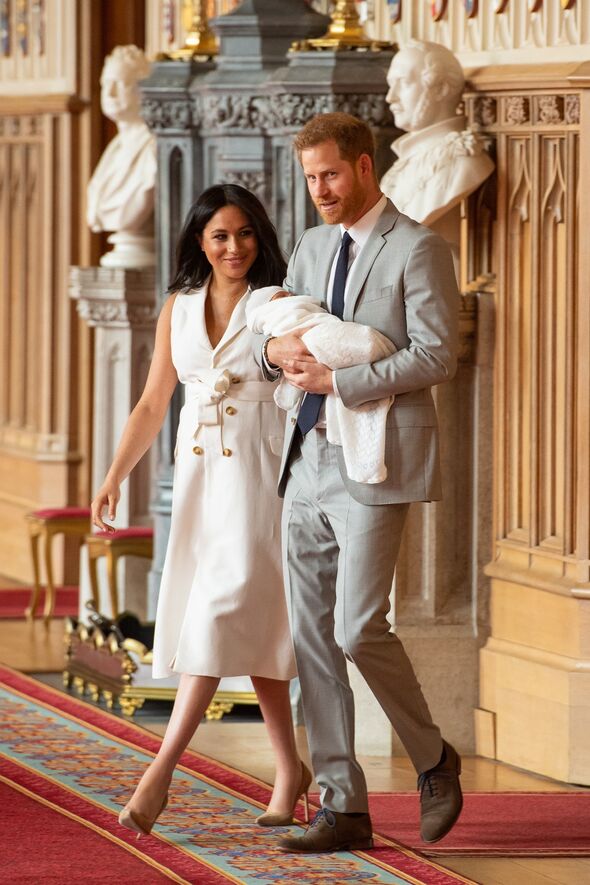 Ms Schofield claimed the Prince of Wales, 40, could not understand why the couple would veer away from royal protocol, which includes a set of traditions typically followed by Royal Family members when welcoming a child.

She alleged Prince William, who has three children with Kate, Princess of Wales, was “so unhappy with the drama that it took them days to come [to] meet the baby”.

This was perceived by the Palace as one of the “first examples of the Sussexes distancing themselves” from the Firm, Ms Schofield claimed.

Royal expert Katie Nicholl has also claimed in her new book, “The New Royals: Queen Elizabeth’s Legacy and the Future of the Crown”, that the Duke of Sussex was known to be “almost morbidly obsessed” with deflecting media attention away from his firstborn. 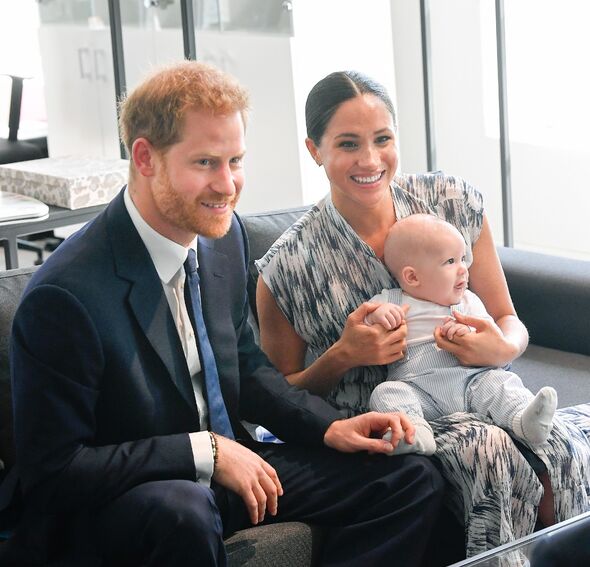 She wrote: “One source described Harry as being ‘almost morbidly obsessed’ with keeping Archie’s birth as secret as possible.”

Describing the Duke as a royal who “always enjoyed outfoxing the media”, Ms Nicholl described a timing discrepancy between the Duchess giving birth, and the announcement of Meghan being in labour.

She wrote: “He and Meghan were thrilled to be safely delivered of their son in London’s private Portland hospital even before the palace press office had confirmed the duchess was in labour.”

Many royals have been born at home, or at St Mary’s Hospital in Paddington.

Prince Harry said at the time he and Meghan were “absolutely thrilled” with the news of Archie’s birth, with both mother and son doing “incredibly well” just after the birth.

Describing being present at the birth, the Duke of Sussex said: “This is definitely my first birth.

“It was amazing, absolutely incredible, and, as I said, I’m so incredibly proud of my wife.”

Many royals pose for a media opportunity with the newborn at the steps of the hospital, which was the case for the Princess of Wales when Kate and William welcomed their three children.

However, the public gained its first glimpse of Archie two days after his birth, during a photocall at Windsor Castle.

Meghan told reporters: “It’s magic. I have the two best guys in the world so I’m really happy.

“He has the sweetest temperament. He’s just been the dream, so it’s been a special couple of days.”