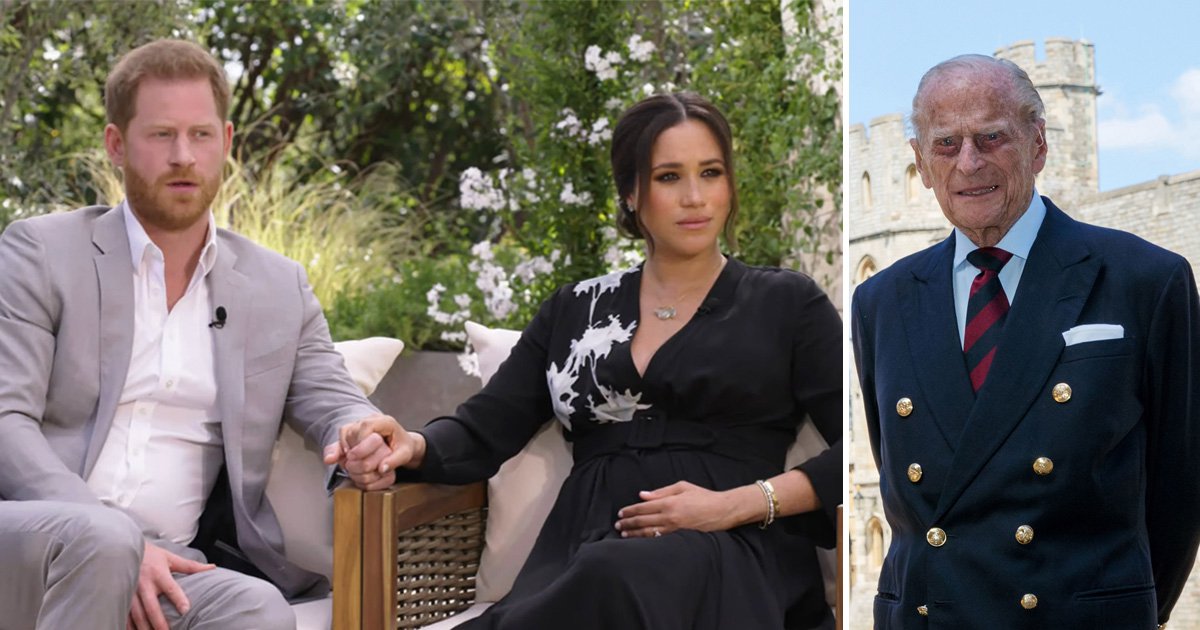 Prince Harry and Meghan Markle have been urged to ask CBS to postpone the airing of their Oprah interview while Prince Philip battles an infection in hospital.

Two trailers for the 90-minute special, promising ‘shocking’ revelations, were released hours before the Duke of Edinburgh, 99, was moved to another hospital for checks on a pre-existing heart condition.

Senior royal sources claim the family is ‘pretty appalled’ by the idea of the ‘tell-all’ interview being broadcast while Philip is so unwell.

In a teaser aired on Sunday night Oprah suggested 39-year-old Meghan’s time in the Royal family was ‘almost unsurvivable’ and took the couple to a ‘breaking point’ amid a war with the British press.

Referring to the death of his mother Princess Diana, Harry, 36, says he had to take his family to LA because he feared ‘history repeating itself’.

With the royals praying for Prince Phillip after he was transferred to another hospital by ambulance, experts on the family are calling for the Oprah interview to be delayed.

Royal commentator and former editor of Who’s Who Richard Fitzwilliams said it would ‘surely be appropriate’ to postpone the interview, due to be aired on Sunday, given that it discusses the problems Harry and Meghan faced as working royals.

He told MailOnline: ‘Oprah is their friend and neighbour and would undoubtedly comply if asked and the gesture would I am sure be appreciated by the royal family. If an interview has been extended, as this recently has, it can also be postponed, as this undoubtedly should be’.

Royal biographer Robert Jobson added: ‘With the Duke of Edinburgh clearly very unwell, the fact that the couple plan to go ahead with airing their self-indulgent, no holds barred interview with chat show queen Oprah Winfrey makes them appear heartless, thoughtless and supremely selfish.

‘For US broadcast network CBS this interview is a coup, all about securing big viewing figures and big advert sales around the airing of their exclusive interview. So even if they wanted to Harry and Meghan probably couldn’t dictate terms to Oprah Winfrey and the network now. Too much has been invested.’

A TV industry insider told the Mirror: ‘CBS has sold millions of dollars worth of advertising around the interview, but bosses are aware of the delicacy of the Duke’s heath.”

‘They have no loyalty to the Royal Family, although some feel as though they do to Harry and Meghan.

‘For it to run if Philip’s condition worsened would be like setting off a diplomatic bomb. It would be grossly insensitive and hugely disrespectful.’