In June, the Queen is expecting to hold her annual Trooping the Colour birthday parade in London. The event is due to be the UK’s first national celebration since the outbreak of the Covid-19 pandemic, according to The Times.

If Meghan and Harry do attend, it may also be the first public reunion of the royal family since the Sussexes stepped down as senior royals and left the UK in the spring of 2020.

Upon returning to the UK, the Duke and Duchess are expected to stay at their Frogmore Cottage base, Hello! magazine reports.

Since quitting as senior working royals, Harry and Meghan agreed to pay back the costs of renovating the royal home, reported to be £2.4 million. 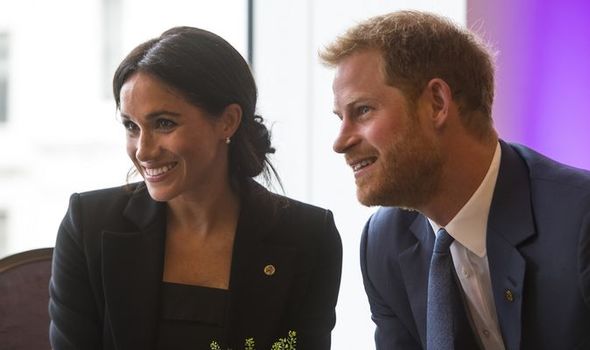 In September last year, the Duke’s spokesman told UK press Harry had paid back the costs in full.

He said: “This contribution, as originally offered by Prince Harry, has fully covered the necessary renovation costs of Frogmore Cottage, a property of Her Majesty The Queen, and will remain the UK residence of The Duke and his family.”

It is thought Prince Harry was able to make the payment thanks to a deal the couple signed with video streaming service Netflix last year. 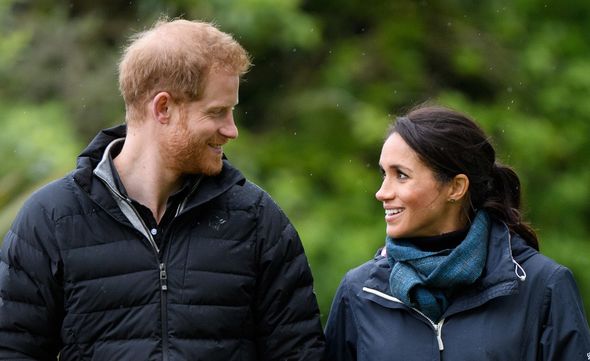 The Duke and Duchess said they wanted to become financially independent after stepping down as senior royals.

They are currently residing in Santa Barbara, California, where they recently spent their first Christmas since starting their new life.

Harry and Meghan are not thought to have returned to the UK since they left.

DON’T MISS:
Prince Harry does not have a ponytail – royal expert shoots down claim about Duke’s hair [INSIGHT]
Queen to be barred from royal tradition due to Covid lockdown restrictions [ANALYSIS]
Royal names: Why do some royals only use the surname Windsor, without the Mountbatten? [INFO] 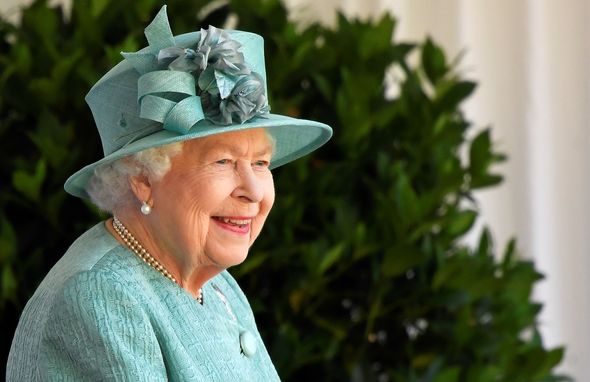 While it is thought they may return for the Trooping the Colour parade this year, the two may also be present for Prince Philip’s 100th birthday as takes place just a couple of days prior.

Regarding the Queen’s 95th birthday, a royal aide told The Sunday Times that “the current plan is for the Queen’s birthday parade to go ahead in London as normal”.

They added there is also a possibility that it may have to be changed depending on what sort of coronavirus measures are in place at the time. 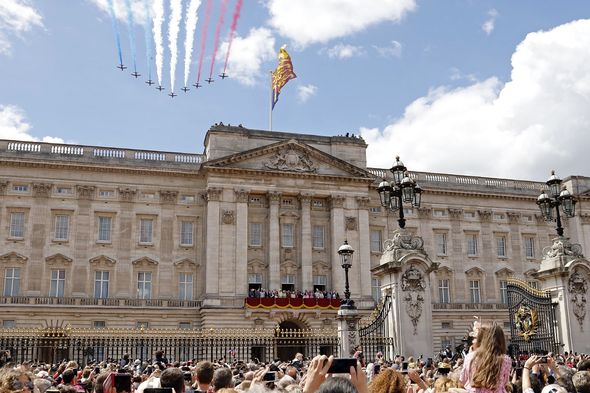 The aim is for 14 million people to have received a jab by the middle of February.

Last year’s Trooping the Colour parade was cancelled amid the coronavirus pandemic. 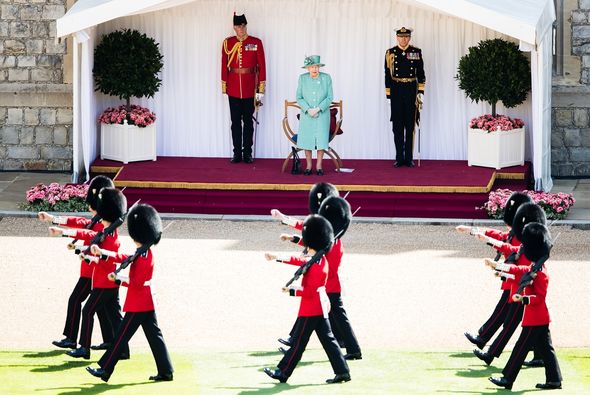 Instead, the monarch’s official birthday – held on the second Saturday of June every year – was marked by a private ceremony by the Welsh Guard at Windsor Castle.

The small parade involved a royal salute as well as precision marching, while social distancing measures were observed.

It marked the first time the Queen celebrated her official birthday at Windsor Castle, the BBC reported. The Queen’s actual birthday is celebrated unofficially in April.