Dramatic text messages between Harry and Meghan and her father in the lead up to their wedding have been revealed in court documents.

Communication between the Duke and Duchess of Sussex and Thomas Markle show they warned him that contacting the press would “backfire” and pleaded with him to stop “going public”.

Details of the messages were revealed in documents filed in the High Court ahead of the first hearing on Friday in Meghan‘s privacy claim against Associated Newspapers, publisher of The Mail on Sunday and MailOnline, over publication of a letter from the duchess to her father. 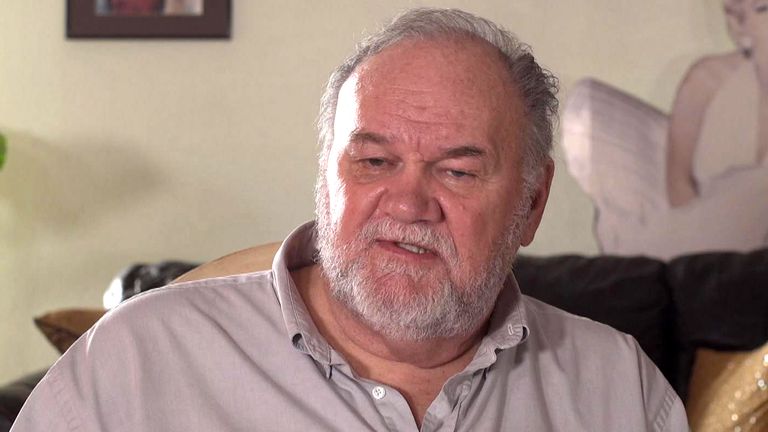 It came as it emerged the pair had told four UK tabloids they would not work with them again, saying there would be “no corroboration and zero engagement”.

Mr Markle, who lives in Mexico, had been expected to walk his daughter down the aisle at the couple’s wedding in May 2018.

But after The Mail on Sunday revealed he had helped the paparazzi stage photographs of him supposedly preparing for the wedding earlier that month, the couple made repeated efforts to contact him.

Released as part of Meghan’s response to Associated Newspapers’ defence, the documents show Harry sent the 75-year-old a text on 14 May, 2018.

“Tom, Harry again! Really need to speak to u,” he said.

“U do not need to apologize (sic), we understand the circumstances but ‘going public’ will only make the situation worse.

“If u love Meg and want to make it right please call me as there are two other options which don’t involve u having to speak to the media, who incidentally created this whole situation.

“So please call me so I can explain. Meg and I are not angry, we just need to speak to u. Thanks.

“Oh any speaking to the press WILL backfire, trust me Tom. Only we can help u, as we have been trying from day 1.”

According to the documents, Mr Markle did not respond directly to the pair but issued a public statement through US website TMZ that he had gone to hospital because he had suffered a heart attack – revealing this was how Meghan first learned her father had been admitted.

In a text to her father on 15 May, 2018, Meghan wrote: “I’ve been reaching out to you all weekend but you’re not taking any of our calls or replying to any texts.

“Very concerned about your health and safety and have taken every measure to protect you but not sure what more we can do if you don’t respond.

“Do you need help? Can we send the security team down again? I’m very sorry to hear you’re in the hospital but need you to please get in touch with us … What hospital are you at?”

She sent another text around 10 minutes later, saying: “Harry and I made a decision earlier today and are dispatching the same security guys you turned away this weekend to be a presence on the ground to make sure you’re safe … they will be there at your disposal as soon as you need them.

“Please, please call as soon as you can.. all of this is incredibly concerning but your health is most important.”

Mr Markle responded to say he would be in hospital for a few days but that he was OK, and refused the offer of security.

Harry then sent a further message from his wife’s phone to provide Mr Markle with details of the security team, then asked him about letting a security guard the couple had sent to return to his house.

David Sherborne, the lawyer representing Meghan in her claim against the publisher, said in the documents: “The claimant’s husband pleaded with Mr Markle to let them help him.

“While Mr Markle responded later that evening to say that he appreciated the offer but did not feel in danger and would instead recover at a motel, the claimant responded 10 minutes later to make a further request for the hospital details so that she would know where he was.

“The claimant will refer to the fact that the defendant’s description of this exchange intentionally omits any reference to the claimant or her husband attempting to protect Mr Markle and ensure that he was safe.”

The defence document filed by Associated Newspapers says Mr Markle underwent emergency heart surgery on 16 May, 2018, and that he texted his daughter on the same day to let her know he would not be able to attend the wedding as his doctors would not allow him to fly.

The document states: “He told the claimant he loved her and wished her the best. 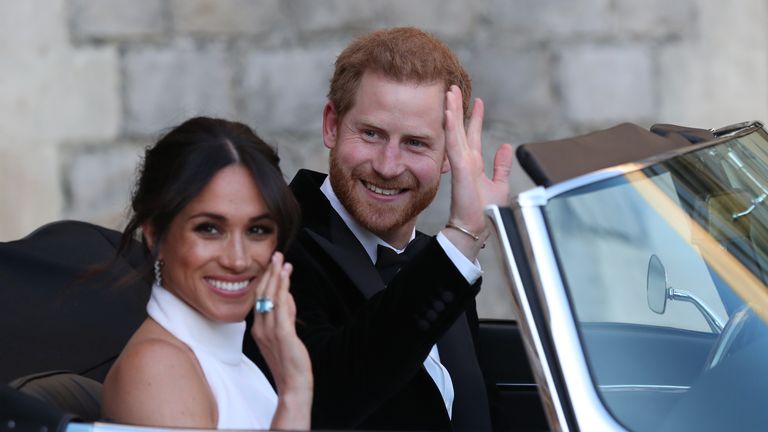 “He sent a follow-up message asking who would ‘be giving [her] away?’ and saying that if she really needed him he would come, and that he was sorry ‘about all this’.

“In response, he received a text response signed ‘Love M and H’, but which read as if it was from Prince Harry, (amongst other things) admonishing Mr Markle for talking to the press and telling him to stop, and accusing Mr Markle of causing hurt to his daughter.

“The text did not ask how the surgical procedure had gone or how Mr Markle was or send him good wishes.

“Mr Markle was deeply hurt and responded with a curt message: ‘I’ve done nothing to hurt you Meghan or anyone else I know nothing about 20 phone calls I’m sorry my heart attack is there any inconvenience for you’, and a couple more short messages.”

Meghan’s lawyers said that part of the evidence was “misleading” and that the she did not accept that text message came from her father “as opposed to someone pretending to be him”.

Mr Sherborne said: “As a result of this, and the unpleasant nature of the message she received on May 16, the claimant called Mr Markle a further four times within five minutes of the message being sent, but he declined to pick up.

“Her husband even texted Mr Markle from the claimant’s phone to say: ‘Tom, it’s Harry, please answer your phone. I need to know this is actually you because it doesn’t sound like you at all.’ No response was received.”

Mr Sherborne said that, following the “unpleasant message”, which Meghan was unsure came from her father, and his failure to respond to calls and messages from the couple, the duchess did not speak to her father before her wedding on 19 May.

“You apparently have just written me off and now it’s telling me I guess for the rest of my life?”