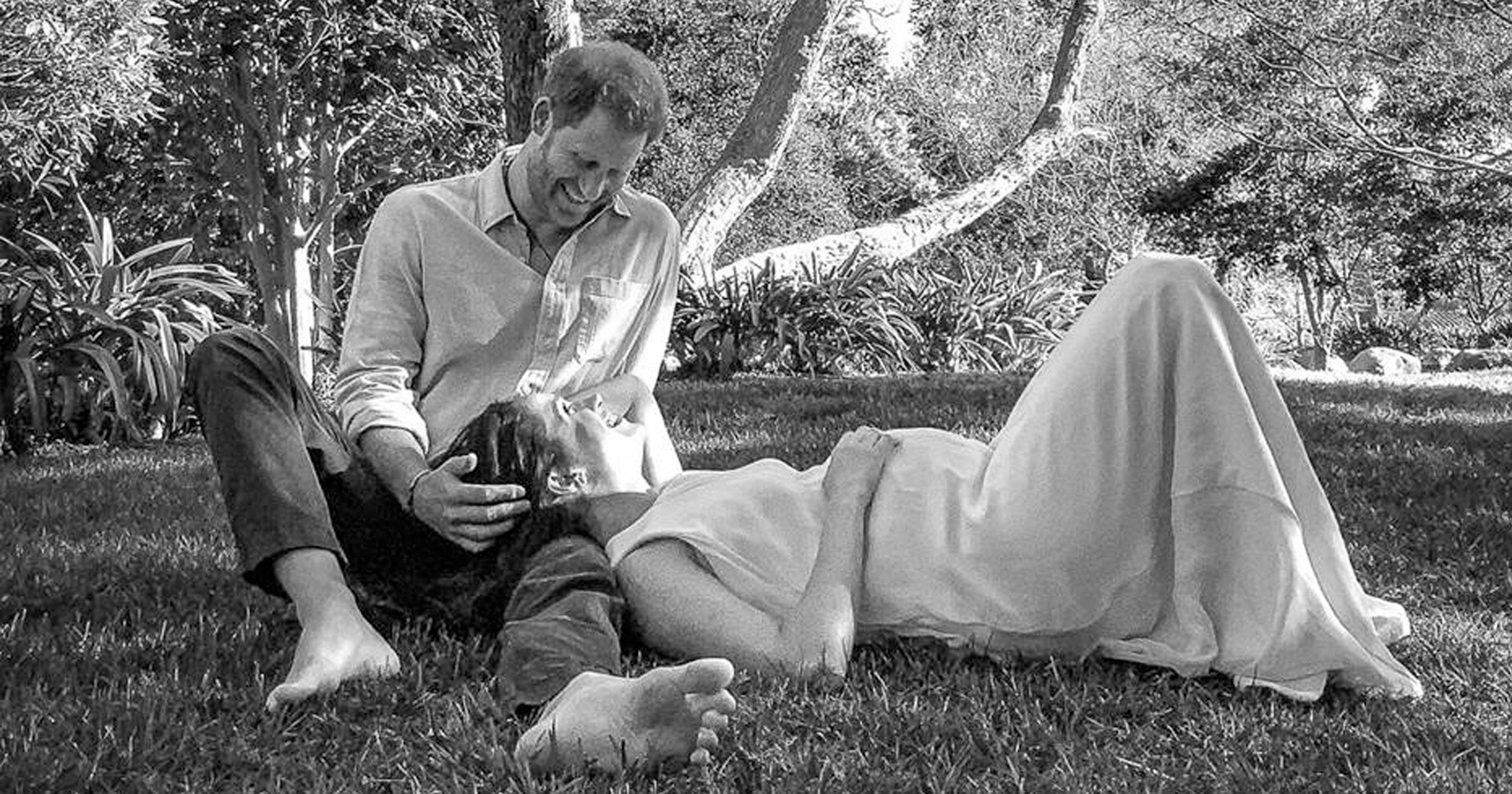 Prince Harry and Meghan Markle announced they are expecting a second baby exactly 37 years after Princess Diana revealed she was having a second child.

The Duke and Duchess of Sussex, who live in California, shared the news on Valentine’s Day with a black and white picture of Meghan cradling her slight bump as she lay in Harry’s lap.

A spokesperson for the couple said: ‘We can confirm that Archie is going to be a big brother. The Duke and Duchess of Sussex are overjoyed to be expecting their second child.’

It appears to be a nod to Princess Diana who announced she was pregnant with Harry on February 13 in 1984, with newspapers telling the world the following day.

Palace officials said at the time: ‘Both Prince Charles and Princess Diana are delighted by the news – as are the queen, Prince Philip and all the members of both families.’

The Sussexes have not revealed if they are expecting a sister or a brother for little Archie, who was born in May 2019.

The Queen is said to be ‘delighted’ by the news.

A Buckingham Palace spokesman said: ‘Her Majesty, Duke of Edinburgh, Prince of Wales and the entire family are delighted and wish them well.’

The news comes after the duchess suffered a miscarriage in the summer of 2020, and just days after she won a prominent legal case.

In November, Meghan revealed she had miscarried in an article for the New York Times, writing: ‘I knew, as I clutched my firstborn child, that I was losing my second.’

The royal couple’s friend Misan Harriman, who took the photo of them sitting under the tree, tweeted: ‘Meg, I was there at your wedding to witness this love story begin, and my friend, I am honoured to capture it grow.

‘Congratulations to The Duke and Duchess of Sussex on this joyous news!’

Harry and Meghan’s second baby will be the Queen’s 10th or 11th great-grandchild, depending on whether he or she arrives before or after Zara Tindall’s child, which is also due in 2021.

In October, a potential court appearance was postponed from January 2021 to the autumn for a confidential reason.

It led to behind-the-scenes speculation that Meghan might be expecting a baby.

In 2019, proud father Harry announced the arrival of their firstborn Archie to a press pool, and then later held his son in his arms, with Meghan at his side, for his public debut at Windsor Castle.

But by March 2020, the pair had quit their roles as senior working royals in a quest for personal and financial freedom.

The new baby, like Archie, will grow up thousands of miles away from the Queen, Prince Charles, and the Duke and Duchess of Cambridge, as well as his or her cousins George, Charlotte and Louis.

He or she will still be eighth-in-line to the throne.

But they will not be entitled, at this stage, to be known as a ‘HRH’ nor a prince or a princess, due to rules set out more than 100 years ago by George V – but this is the same as what would have happened before ‘Megxit’.

The baby is entitled to be a Lord or a Lady, but Harry and Meghan will again opt to style their second-born a plain Master, like Archie, or a Miss, with the surname Mountbatten-Windsor.

The Sussexes’ new infant will be the Prince Charles’s fifth grandchild.

Sixth-in-line Harry and ex-actress Meghan have been busy securing their new life, signing a lucrative deal with streaming giant Netflix, rumoured to be worth more than £150 million, and another multi-million pound podcast deal with Spotify.

They have also been working on their Archewell charitable foundation.