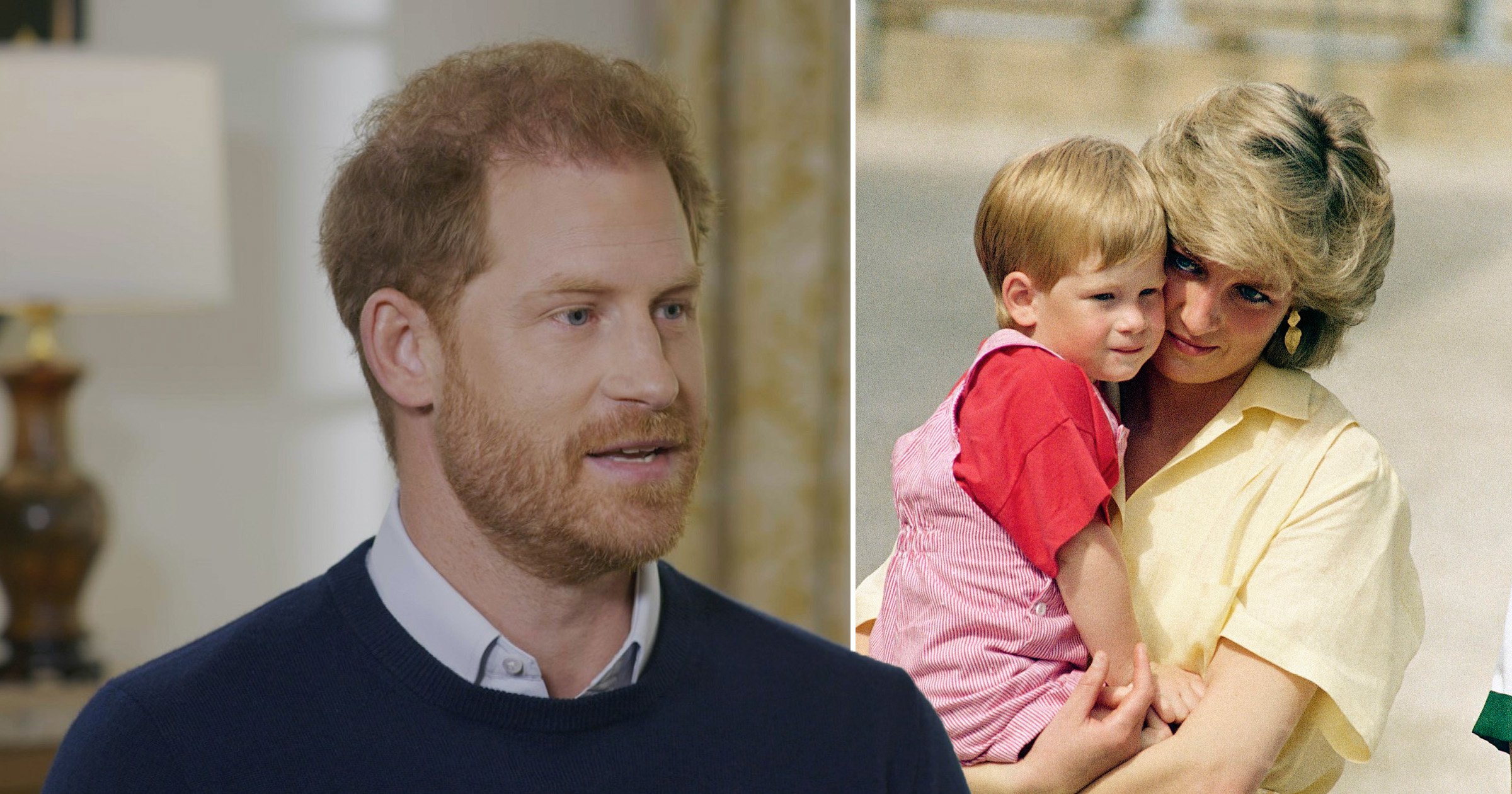 The Duke of Sussex has described being ‘unable to show emotion’ following his mother’s death.

Diana, Princess of Wales died in a car crash when Prince Harry was just 12-years-old.

In a clip from Harry: The Interview, which will be broadcast at 9pm on ITV1 and ITVX on Sunday, the duke speaks about his memories of meeting mourners outside Kensington Palace.

He also reveals that he cried once in the wake of his mother’s death – at her burial.

‘Everyone knows where they were and what they were doing the night my mother died,’ he tells presenter Tom Bradby.

‘I cried once, at the burial, and you know I go into detail about how strange it was and how actually there was some guilt that I felt, and I think William felt as well, by walking around the outside of Kensington Palace.’

Harry described feeling the mourners’ tears on their hands when he shook them.

‘There were 50,000 bouquets of flowers to our mother and there we were shaking people’s hands, smiling,’ he says.

‘I’ve seen the videos, right, I looked back over it all. And the wet hands that we were shaking, we couldn’t understand why their hands were wet, but it was all the tears that they were wiping away.’

He adds that he and William were unable to show any emotion as they met the mourners.

‘Everyone thought and felt like they knew our mum, and the two closest people to her, the two most loved people by her, were unable to show any emotion in that moment,’ he says.

The new clip from Harry: The Interview comes after it was revealed Duchess of Sussex asked her for ‘clarity and guidance’ at the grave of Diana.

Her final resting place lies on an island in the Althorp estate in Northamptonshire.

Harry and Meghan had rowed out to the grave in 2017 to mark 20 years since Diana’s death.

He writes that, upon arriving on the island, Meghan dropped to her kneels and put her palms on his mother’s grave.

After some time reflecting, Harry then sensed his then-girlfriend wanted to a moment to herself.

‘When I returned, she was on her knees with her eyes closed and her palms flat against the stone,’ Harry wrote.

He added that she told him she had asked his mother for ‘clarity and guidance’, the MailOnline reported.

The memoir, which is dedicated to Diana, Meghan and his children Archie and Lili, has repeated references to the princess, with a deep seam of unresolved grief running throughout the publication.

Harry refers to his mother as mummy and said his father, now the King, did not hug him when he sat on his bed and told him Diana had died.

The duke also claimed that a woman with ‘powers’ relayed him a message from Diana saying he is ‘living the life she couldn’t’.

In clips of an interview promoting his book with Good Morning America, Harry said Diana would have been ‘sad’ about her sons’ fractured relationship.

‘I have felt the presence of my mum more so in the last two years than I have in the last 30,’ he told the US show.