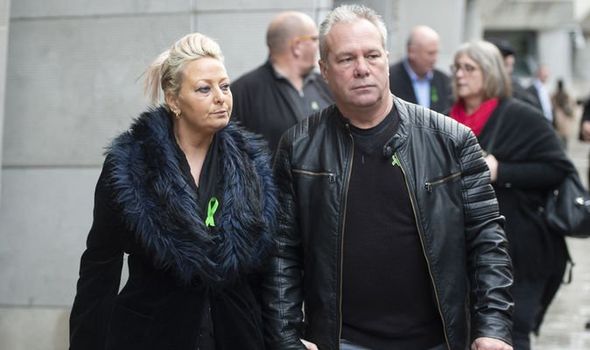 American Anne Sacoolas is to give evidence in Washington DC in front of Charlotte Charles and Tim Dunn during a civil damages claim, days before the two-year anniversary of the teen’s death.

Harry, 19, was killed when a car crashed into his motorbike outside Northants US military base RAF Croughton on August 27 2019.

Sacoolas, 43, left the UK 19 days later, claiming diplomatic immunity. The mother of three was charged with causing death by dangerous driving, but the US rejected a Home Office extradition request.

Mrs Charles said Sacoolas’s evidence was a “chance to hear from her in detail about the crash” and added: “It is important for our mental health to have the pieces of the jigsaw puzzle put together. We know it’s going to be the most difficult day of our lives, other than having to leave Harry after he died in hospital, but we are determined to see this through and we are ready for it.”

Mr Dunn said: “Nothing will keep us away from doing what we have to do to get to the bottom of things and secure our rights.

“I don’t care how hard this will be. Charlotte and I will sit in the same room with Mrs Sacoolas and get our answers.”

The depositions are part of the “discovery” process in the civil claim against Sacoolas and her husband Jonathan, before a trial at the end of the year.

It has revealed previously unheard material, such as their US State Department intelligence roles.

A Virginia court heard that was a “factor” in their UK departure, as they left for “security reasons”.