Meghan Markle has released her latest media venture in the form of Archetypes, her new podcast with music streaming giant Spotify. The partnership with the Archewell Audio, a production company founded by the Duke and Duchess of Sussex, was announced in 2020 and the first podcast episode was released on Tuesday. Meghan has been bashed for featuring her husband, Prince Harry, in the podcast’s premiere as critics have claimed she has used her royal connections to offer the project a “bigger name.” Royal Round Up host Pandora Forsyth was joined by the Daily Express royal correspondent Richard Palmer to discuss the podcast’s controversial release.

Speaking on Wednesday’s Royal Round Up, Ms Forsyth said: “We obviously heard from Prince Harry, briefly, at the start of the podcast.

Mr Palmer replied: “Amercians in particular talk a lot about the British tabloids and whatever but I think if you read the upmarket papers in the UK today, you will read very similar criticisms of the piece.

“It’s been blasted, criticised, by most journalists who reviewed it for the British national papers.” 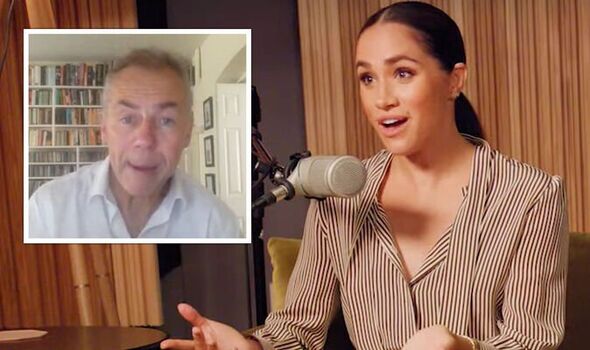 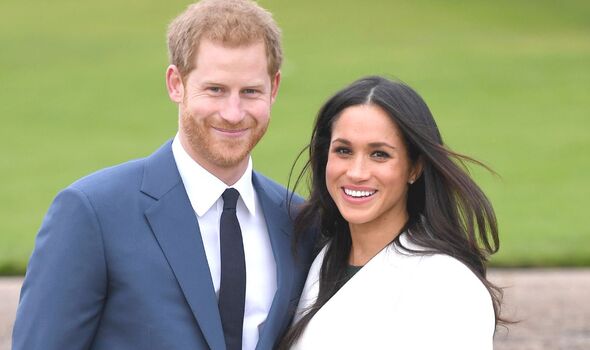 Mr Palmer continued: “I think one of the points that a number of reviewers have made is that it feels like Harry has to be in there because without him she is nothing.

“The fact that she is now a member of the Royal Family, albeit an exiled one, is what has made her a bigger name and relevant.

“She just represents herself really.” 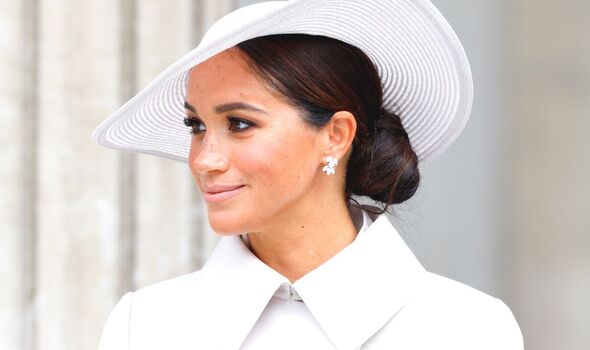 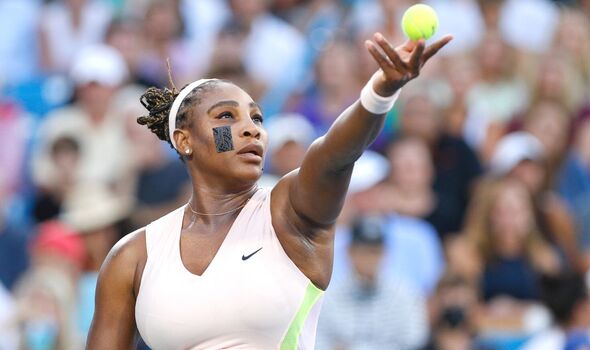 The description of the series explains Archetypes as: “A podcast where we investigate, dissect and subvert the labels that try to hold women back.”

In the first episode of Archetypes, Meghan was joined by tennis champion Serena Williams.

Shortly after their conversation began, the two women were interrupted by the sound of a door opening as Meghan said: “You want to come and say hi? Look who popped in.”

Prince Harry could be heard having a brief chat with the tennis star and both agreed they should catch up soon as Ms Williams is understood to be a close friend of the couple.

The short interaction came to an end as Prince Harry left the room after calling out: “Have fun!”

Don’t miss:
Meghan Markle podcast ‘settles scores’ – claim [INSIGHT]
Royal POLL: Will you be listening to Meghan Markle’s podcast series? [POLL]
‘Not about you’ Meghan told she ‘may not be cut out for public life’ [REPORT] 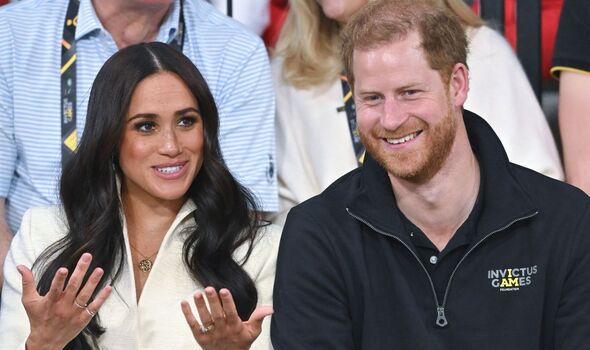 During the episode, Meghan spoke of the negative connotations attached to ambitious women as she shared personal experiences of her struggles with criticism since her relationship with Prince Harry began.

While an official Palace statement was made after the fiery allegations that emerged from the Oprah Winfrey interview with Prince Harry and Meghan, the royal family has not commented on the release of the podcast.

Ms Forsyth asked: “In terms of Buckingham Palace not commenting on this, is that in terms of most stories to do with Harry and Meghan now, do they just not comment?”

Mr Palmer replied: “Yes, I think so. I think there is an attempt to try to move away from the briefing wars that were taking place when they left and when they started throwing brickbats at other members of the royal family.”