Harry Maguire will speak to Gareth Southgate before the England manager makes any decision on whether to include him in the squad for the upcoming Nations League fixtures.

Maguire and two co-defendants have been charged with aggravated assault and attempted bribery of an official following a late-night dispute on the Greek holiday island of Mykonos. Maguire denies all charges.

The next stage of his trial is on Tuesday on the neighbouring island of Syros, the same day Southgate names his England team.

Maguire would usually be a guaranteed selection, but Southgate wants to hear the 27-year-old’s full account of what happened before he includes or omits him from the squad.

Maguire will not be present for the hearing in Syros but Sky News understands that his lawyers will argue on his behalf that a dispute began with two Albanian men while in the Fabrica area of Mykonos town.

Greek media reported that Maguire’s sister Daisy was “stabbed with a sharp object”.

Sky News understands that Daisy was left with a bloodied arm and Maguire and others then intervened to defend his sibling.

Plain clothes police officers who were patrolling the area to enforce new coronavirus restrictions on the island intervened and a scuffle broke out. 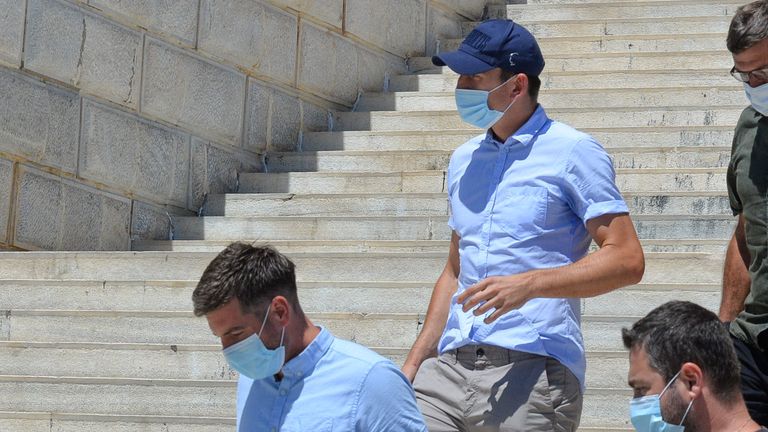 It is thought that Maguire then attempted to return to his private villa on Mykonos but officers insisted he report to the main police station on the island.

A statement released by the Hellenic Police’s South Aegean region press office on Friday afternoon read: “Patrolling police officers in the area of Mykonos intervened and normalised a dispute between citizens.

“However, three foreigners involved in the incident turned against them, insulting and hitting a police officer with fists.

“The three foreigners were taken to the Mykonos police station, where upon their arrival they strongly resisted, pushing and beating three police officers.

“One of the detainees then tried to offer money so that the trial against them would not be completed. The arrested (men) were taken to the Syros Prosecutor’s Office.” 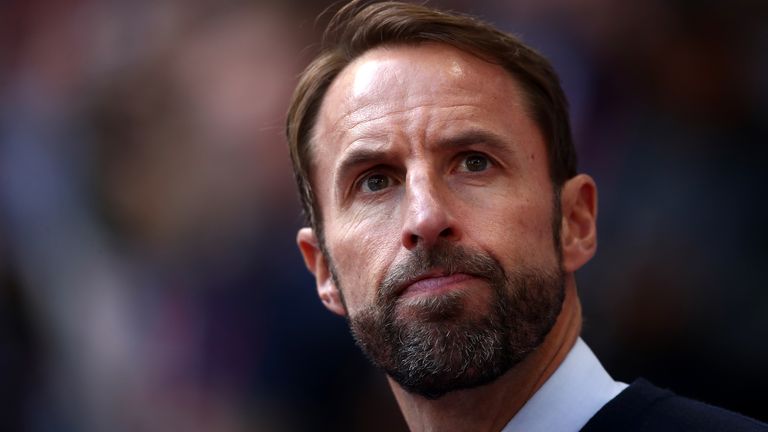 The maximum sentence for bribery of an official could be three years in jail.

But Sky News understands the charge has been downgraded and that all the charges Maguire is now facing are misdemeanours, not the more serious felony charges.

It is highly likely that Maguire will receive a hefty fine of tens of thousands of pounds and a suspended prison sentence.

Manchester United have appointed an Athens-based lawyer to represent their captain who phoned representatives at the club while he was still incarcerated in a police holding cell on Mykonos.

He spent a night at a police holding cell in Syros before an initial hearing where he pleaded not guilty to all charges.

Maguire was joined in court by his father Alan who flew out to be with his son and bring him a spare change of clothes.

Maguire is understood to have been keen to talk to both Manchester United and Southgate to explain his version of events.