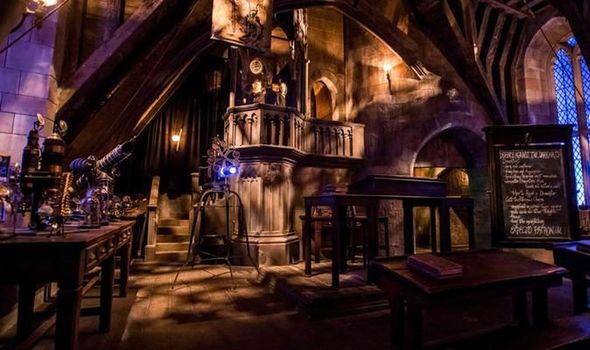 At the most basic level, the series follows the characters as they navigate the trials and tribulations of attending the mystical Hogwarts School of Witchcraft and Wizardry.

There is also the slight hiccup that is Voldemort attempting to take over the magical world whilst essentially either torturing, killing or maiming anyone who stands in his way.

Honestly, Voldemort all I have to say is read the room, please. You’re severely disrupting the education of these young witches and wizards. Surely your quest for magical world domination can be picked up further down the line, maybe when your arch-nemesis isn’t 12-years-old?

That little “situation” however is a story for another day like today we are talking about the insane curriculum on offer from Hogwarts.

Whilst the timetable for the next generation looks pretty foolproof on the surface with offerings such as defence against the dark arts, charms, herbology and care of magical creatures, the lack of basic subjects such as literacy and numeracy is less than ideal.

The only answer to the obvious lack of mathematics classes is that of arithmancy.

Arithmancy is an elective subject that welcomes students from the third year onwards, ages around 13- to 14-years-old. I stress again that this subject was…elective.

The subject is described as “predicting the future using numbers” combined with “a bit of numerology”.

Maths-Whizz is a super clever virtual maths tutor which delivers interactive games, lessons and exercises for five- to 13-year-olds.

To see how good it is at transforming home learning for parents, we’ve negotiated an exclusive 20 percent off the price to make it £15.99 for the first month.

See if you like it first and sign up to a 7-day no-obligation free trial by clicking here. If you want to sign up for a month at a time or even a year, you can do that here but don’t forget to use the promo code “MATHS20”.

I hate to admit that I had to turn to Harry Potter Wiki for this one, to remember the name of the solitary professor of arithmancy.

Her name is Professor Septima Vector and despite my appreciation for her witty surname, I am not giving J K Rowling any credit for this one as providing one professor of what I assume would be a pretty important subject is highly questionable.

The magical answer to Ofsted would be having an absolute field day with this one.

Was Umbridge technically a member of magical Ofsted?

More to the point, if Professor Vector is taken ill or simply just fancies a holiday at any point, is there a supply teacher ready to step in and teach the depleting numbers of the class, or will the children find themselves with a free period?

I’m sorry but there’s literally a mass murderer by the name of Voldemort out there people and I’m pretty sure that a group of unattended pupils with nothing better to do aside from hanging around in the cold light of day would be an easy target for the said murderer.

Anyway, Professor Vector is known among students as being an extremely strict teacher who dishes out highly complicated and unnecessarily long homework tasks. So much so, that it puts pupils off from opting to take her classes which frankly isn’t helping them to engage in your subject now is it, Septima?

Despite this trainwreck of a teaching schedule, it was indeed a subject that Hermione Granger was fond of, once describing it as “wonderful”.

That being said, if it literally takes someone with such a profound passion for education and complex subjects to enjoy arithmancy, then the rest of the students aren’t likely to have much hope when it comes to striking up an interest in the subject.

It’s also worth pointing out that Hermione generally spent a considerable amount of time breaking in to the heavily guarded restricted section of the library – it’s like the school doesn’t even want these kids to learn, well…anything.

So, what about pupils that want to finish school and embark on some of the more nine-to-five based careers that the Ministry of Magic has to offer? Surely these sort of sectors require more knowledge of basic literacy and numeracy?

We only have to look at Ron’s father, Arthur Weasley’s, hilarious attempt at handling muggle money (that’s standard money to us) in Harry Potter and The Goblet of Fire.

Need I remind you that this is a man who previously had an extensive career in the Misuse of Muggle Artefacts Office, aka an office that should have deep-rooted knowledge of all muggle artefacts including money.

All I can say is that it seems Hogwarts needs to take a back-to-basics approach and not solely focus on the subjects that look good on paper.