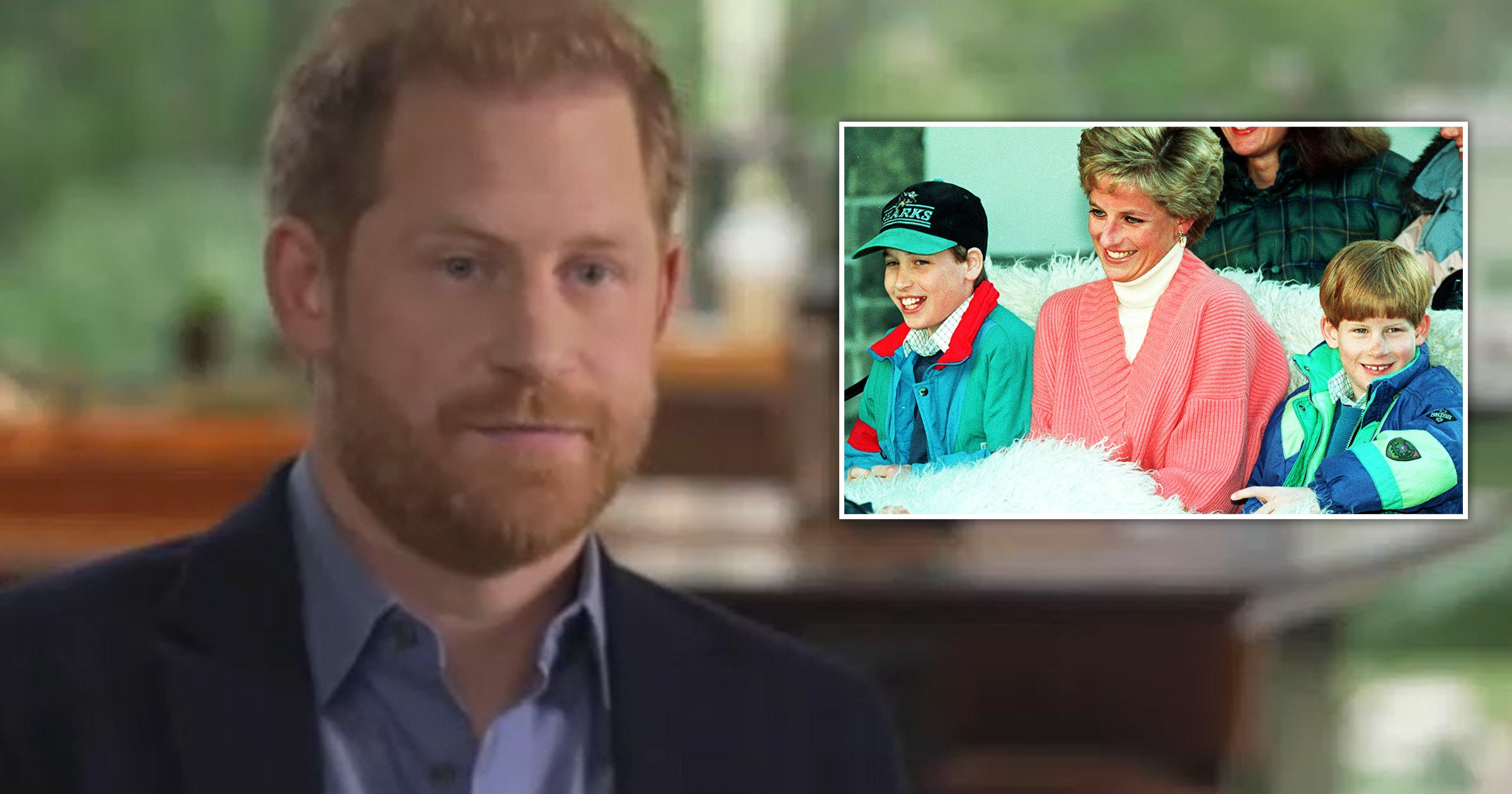 Prince Harry has said his mum Diana would be ‘sad’ about how his relationship is with his brother William now.

The Duke has opened up about his relationship with his brother and his mum in a new interview with American journalist Michael Strahan.

When asked by the ‘Good Morning America’ co-anchor what their mother Princess Diana might think of the brothers’ current relationship, The Duke of Sussex said she would likely be saddened by the situation.

‘I have felt the presence of my mum, more so in the last two years than I have in the last 30.’

The latest 30-second-clip comes ahead of the full interview due to be released next week.

Prince Harry’s memoirs, ‘Spare’ are also due to be published next week, however copies of the book have already gone on sale in Spain.

In the book, Prince Harry makes several bombshell allegations about the Royal Family, along with revelations about his own life, including his use of cocaine, how he was told about his mother’s car accident and the moment he lost his virginity.

It comes after claims that William physically hit Harry were unveiled after the first installments of Spare were leaked in a copy of the book obtained by The Guardian.

In an extract from Spare, Harry claims that Prince William physically attacked him in a row about his marriage to Meghan Markle.

The alleged confrontation took place at his London home in 2019, and he said it left him with a visible injury to his back after the Prince of Wales grabbed him by the collar and ripped his necklace before knocking him to the floor.

In his memoirs he also reflects on a number of poignant moments regarding his mum, who he tragically lost when she died in a car crash in 1997.

He talks about going through the same tunnel in Paris where she was killed for the first time since her death.

The Duke of Sussex reflected on finding closure after his mother’s death in his new memoir, according to People.

In an excerpt Harry wrote about attending the 2007 Rugby World Cup semi final in Paris when he was 23 years old.

While there, he spoke to his chauffeur about the tunnel in Paris where his mother was being driven through when her car crashed.

‘The World Cup provided me with a driver, and on my first night in the City of Light I asked him if he knew the tunnel where my mother…’ he wrote. ‘I watched his eyes in the rearview, growing large. The tunnel is called Pont de l’Alma, I told him. Yes, yes. He knew it.’

Harry, who was 12-years-old when Diana died, went on to explain how he asked the driver to ‘go through the tunnel’ at precisely, ‘sixty-five miles per hour’.

‘The exact speed Mummy’s car had supposedly been driving, according to police, at the time of the crash,’ he continued. ‘Not 120 miles per hour, as the press originally reported.’

The royal then wrote about how the driver and person in the passenger seat, who was described as ‘Billy the Rock’ both agreed to the drive.

According to Harry, Billy had also said that ‘if the driver ever revealed to another human that we’d asked him to do this, we’d find him and there would be hell to pay’.

He then reflected on the significance of this tunnel and the night of his mother’s death.

Diana famously died in a car crash at 36 years old, which has been blamed on the paparazzi who had been following the princess while she drove through Paris.

The accident also resulted in the deaths of Diana’s boyfriend, Dodi Fayed, and her chauffeur, Henri Paul.

‘Off we went, weaving through traffic, cruising past the Ritz, where Mummy had her last meal, with her boyfriend, that August night,’ Harry wrote.

‘Then we came to the mouth of the tunnel. We zipped ahead, went over the lip at the tunnel’s entrance, the bump that supposedly sent Mummy’s Mercedes veering off course. But the lip was nothing. We barely felt it.’

He continued to describe his reaction when entering the tunnel, writing: ‘I leaned forward, watched the light change to a kind of water orange, watched the concrete pillars flicker past. I counted them, counted my heartbeats, and in a few seconds we emerged from the other side.’

He noted that he then asked himself: ‘Is that all of it? It’s…nothing. Just a straight tunnel.’ Harry emphasised that the experience wasn’t what he expected, as he’d ‘always imagined the tunnel as some treacherous passageway, inherently dangerous, but it was just a short, simple, no-frills tunnel’.

Harry continued the excerpt by explaining that he asked to go through the tunnel again before thanking his driver for doing so. He also shared why he felt like the drive was ‘a very bad idea’.

‘I’d had plenty of bad ideas in my twenty-three years, but this one was uniquely ill-conceived. I’d told myself that I wanted closure, but I didn’t really,’ he wrote. ‘Deep down, I’d hoped to feel in that tunnel what I’d felt when JLP gave me the police files—disbelief. Doubt. Instead, that was the night all doubt fell away.’

He said that while driving through the tunnel allowed him to gain closure, it also brought on some immense feelings of pain.

‘She’s dead, I thought: ‘My God, she’s really gone for good,’’ he continued. ‘I got the closure I was pretending to seek. I got it in spades.

‘And now I’d never be able to get rid of it. I’d thought driving the tunnel would bring an end, or brief cessation, to the pain, the decade of unrelenting pain. Instead it brought on the start of Pain, Part Deux.’

In addition to this memory of his trip to Paris, Harry wrote other passages about his mother and feelings of grief in the memoir, which is set to release on 10 January.

According to The Guardian, Harry recalled how losing his mother led him to a woman with ‘powers’ who gave him a ‘message’ from Diana.

The woman informed him that Diana ‘feels [his] confusion’, as well as knew that he was ‘looking for clarity’ and had ‘so many questions’.

She also told him a story about an ornament, which she claimed his mother knew about because ‘she was there’.

The full Good Morning America interview is due to air on Monday (January 9) morning.