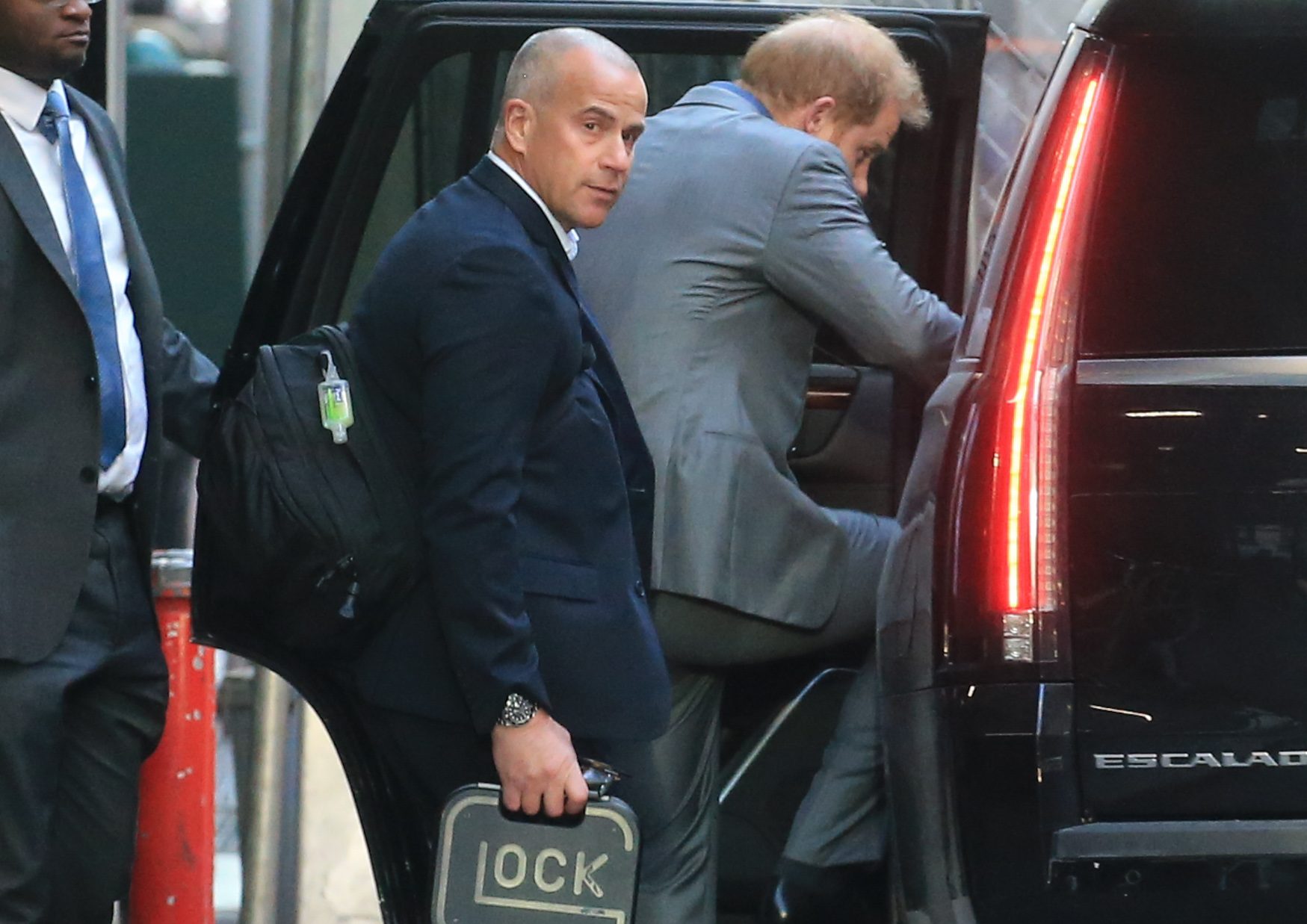 The duke was snapped on Monday before an interview with Stephen Colbert on The Late Show, broadcast on US TV last night, to promote his book Spare.

The royal reportedly downed tequila shots during his appearance and took part in a quiz, answering ‘silly questions’ about his favourite app and sandwich.

Prince Harry’s armed protection comes following claims in his memoirs he killed 25 Taliban fighters while serving with the British Army in Afghanistan.

Some say the admission could make him a target for assassination.

Others, including grieving Afghan Mullah Abdullah who lost nine relatives in a 2011 air strike, have called for him to go on trial.

Get all the latest updates on Metro.co.uk‘s dedicated Prince Harry page.