Prince Harry turned down an offer from his brother William, now the Prince of Wales, to meet and talk, a new book about the Royal Family claims. In an extract of Valentine Low’s recently published “Courtiers: The Hidden Power Behind The Crown”, the author claims that the Duke of Sussex declined a meeting with his brother due to fears of it being leaked to the press.

The offer, according to the Mr Low, was made a day after ITV presenter Tom Bradby’s interview with Meghan Markle was aired.

Prince William sent a message on WhatsApp asking his brother to meet and talk over it, it is stated in Low’s book.

And although Harry was positive at first, he then asked his brother who would know about this.

Mr Low writes: “William explained that he’d have to clear his schedule, which would mean telling his private secretary. At that point, Harry told him: Don’t come. 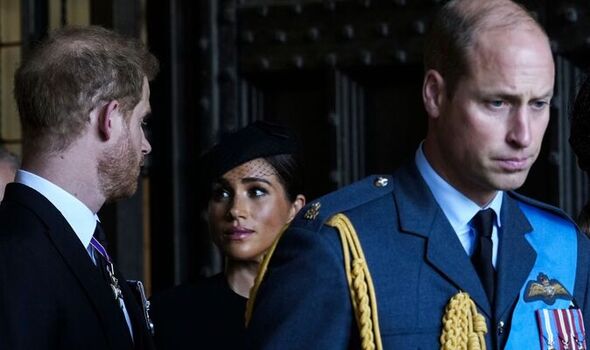 “He was so concerned that William’s team would leak the visit to the Press that he would rather not see his brother than risk it getting into the papers. To everyone who knew what was going on, this was heartbreaking.”

The Duke and Duchess of Sussex established a new life for themselves after stepping down as senior working royals.

Megxit – when Harry and Meghan stepped down from royal duties and stopped using their HRH styles – made headlines around the world in 2020.

Harry and Meghan – parents to Archie and Lili – have taken part in a number of interviews since their departure from royal life, including a bombshell sit-down with US talk show host Oprah Winfrey in 2021. 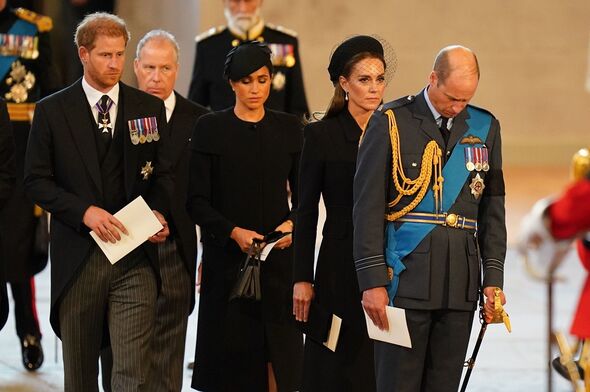 They claimed an unnamed royal made a racist remark about Archie before he was born and that the institution failed to help Meghan.

Meanwhile, the Royal Family has been bracing itself for Harry’s forthcoming tell-all book, which he has vowed will be an “accurate and wholly truthful” account of his life.

The memoirs were expected to be published in late 2022 by Penguin Random House but a release date has yet to be confirmed.

There will be concern in royal quarters that the Duke will delve into his rift with William, his troubled relationship with Charles, and his view of his stepmother the Queen Consort.

Meghan Markle is set to continue with her podcast, Archetypes, which will return to Spotify tomorrow, Tuesday, October 4.

The Duchess paused the documentary since Queen Elizabeth II died, as a sign of respect to the late monarch while the pouring period lasted.

Harry and Meghan joined the Royal Family in the public engagements surrounding the Queen’s death, sparking hopes of reconciliation.

The couple also appeared on a walkabout outside Windsor Castle alongside the Prince and Princess of Wales, greeting people and reading messages of condolence.

Prince Harry and Meghan’s foundation, Archewell, has been contacted for comment.