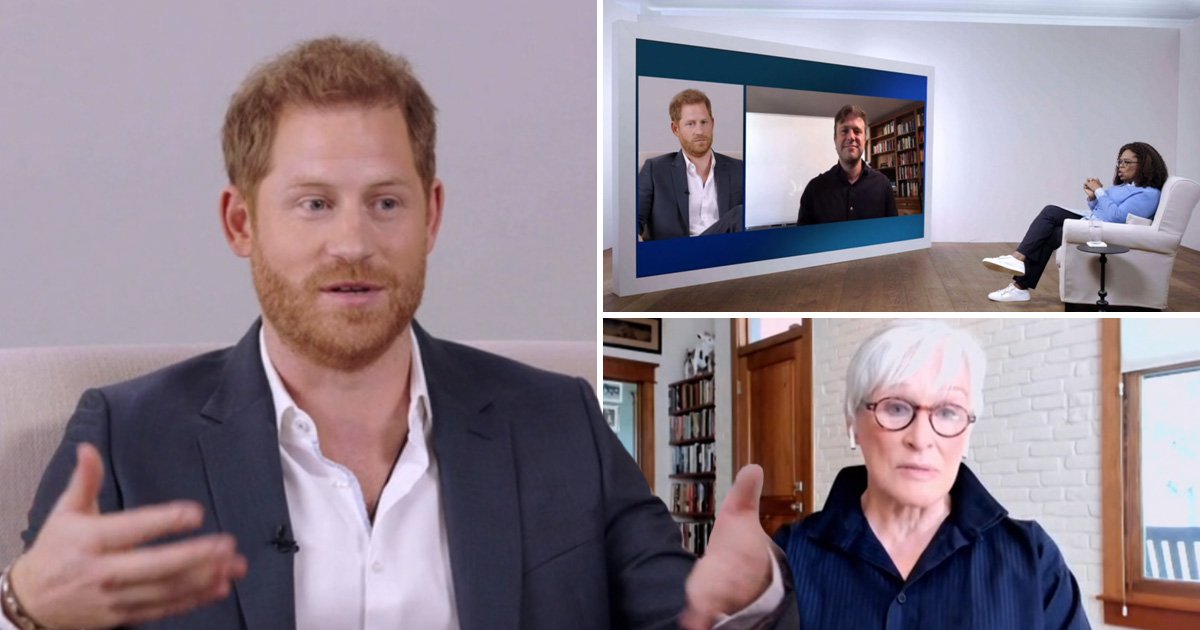 Prince Harry has said families often feel an ‘element of shame’ when talking about mental health, which can lead to problems being over-looked.

In the latest episode of his new Apple TV show The Me You Can’t See, the former royal spoke with a host of celebrity guests including actress Glenn Close.

The pair agreed that it was important to speak openly about mental health issues with family members.

The Duke of Sussex has previously been critical of members of his own family for the way they dealt with his wife Meghan’s mental health struggles.

Close said that her own family had covered up a genetic history of mental illness, and that her sister had once felt suicidal – something that the actress herself was unaware of.

Harry responded: ‘There’s an element of shame that we feel because we’re like “How could we have not have seen it? How could we not know? How did you not feel comfortable enough to share that with me?”‘

Harry shared his experiences of the difficulties of grieving a family member who was in the public eye.

Robin Williams, the four-time Oscar winning actor, died by suicide in 2014, leading to an outpouring of grief among his legions of fans.

Zak said: ‘From my end it was really hard to separate initially the process of privately grieving versus sharing the grieving with the general public.

‘I really didn’t get a chance to really focus on the private grieving process until a year and a half after my dad passed away.’

Harry whose mother Diana, Princess of Wales, died in 1997, said: ‘I think we have a lot of shared experience when you talk about that … when you see so many people around the world grieving for someone they feel as though they knew them better than you did in a weird way because you’re unable to grieve yourself.

‘It’s like … how are you grieving more for someone who was my parent and I’m unable to grieve myself?’

The latest episode also featured pop superstar Lady Gaga who discussed her serious mental health struggles after she was raped as a teenager.

Close returned went on to speak about the impact of Covid-19 on her wellbeing.

She told Harry and Oprah: ‘It has directly affected my mental health. It helped that I had a dog.

‘I think – and I was thinking about this today – we have gone through an amazing, unprecedented time now. For me, I think it’s as big a shift in the world as 9/11 was.

‘We now are in a transforming world. It will take us a while to be able to articulate to ourselves what the result of that has been on us as individuals.’