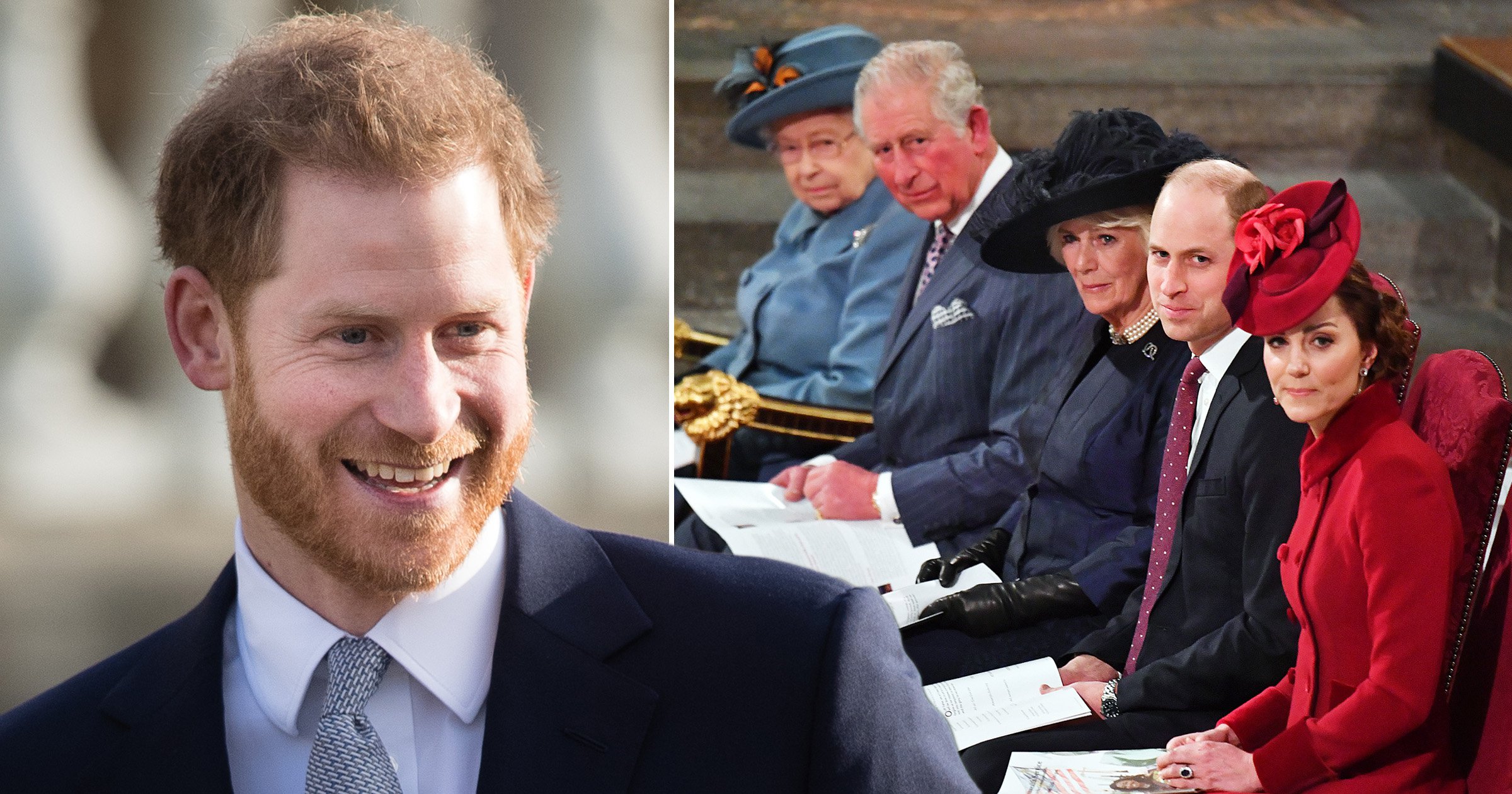 An expert claims Prince Harry thinks his brother Prince William is also ‘trapped’ in the Royal Family like he says he was.

Royal commentator Richard Fitzwilliams said the younger brother’s relationship and subsequent marriage to Meghan Markle ‘changed him’ and made him come to a realisation.

He added the brothers always had a ‘rivalry’ as Harry felt he was not taken as ‘seriously’ as William, who would one day become king.

He told Entertainment Daily: ‘Many think that the fact that William grew up knowing he would one day be king and Harry had no defined role, led to rivalry between brothers who were considered inseparable.

‘Harry’s reputation was as the royal wild child for years, William’s image was far more serious however he behaved. Some say Harry resented not being taken seriously, despite his military service and charitable work.

‘Harry now believes he was trapped as a member of the royal family and that William currently is but doesn’t know it.

‘The rift between them, long reported and first confirmed in the ITV documentary about their South Africa trip, is public and serious. It was his marriage to Meghan which unquestionably changed him.’

He added the idea of the ‘fab four’, which saw Harry and Meghan work with William and his wife Kate Middleton, was a ‘disaster’.

It comes after the brothers have reportedly been separated by a rift which started two years ago over alleged bullying of staff at Kensington Palace.

Harry went on to say in a bombshell interview with Oprah Winfrey earlier this year that his brother and dad, Prince Charles, were ‘trapped’ by the institution of the monarchy.

He also said he felt ‘let down’ by Charles, and shockingly claimed his dad had cut off contact with him and stopped taking his calls after he and Meghan quit as senior royals.

But the brothers have appeared to be working towards healing their rift in recent months, after being seen walking united at their grandad Prince Philip’s funeral in April.

They also unveiled a statue of Princess Diana together last month, on what would have been her 60th birthday.

But it is feared a new memoir written by Prince Harry about his life, set to be published next year, may further damage relations within the Royal Family.

Royal aides are reportedly turning to experts in libel and privacy cases in case the book could contain more damaging accusations.

A source said: ‘They are getting lawyered up. Harry and Meghan will be made aware and know repeated attacks will not be tolerated.’