Prince Harry will reportedly wear a “morning suit” rather than his military uniform for Her Majesty’s funeral on Monday. Omid Scobie made the revelation on Twitter this afternoon, claiming a Sussex spokesperson confirmed: “[Prince Harry] will wear a morning suit throughout events honouring his grandmother. His decade of military service is not determined by the uniform he wears and we respectfully ask that focus remain on the life and legacy of Her Majesty Queen Elizabeth II.”

It comes following news that the Duke was allegedly banned from wearing military uniform at the final vigil at Westminster Hall – despite claims Prince Andrew will still be allowed to as a “special mark of respect” for his late mother the Queen.

Omid Scobie, a friend of the Sussexes and journalist, tweeted yesterday: “I understand that, unlike Prince Andrew, Prince Harry will NOT be allowed to wear uniform at the final vigil in Westminster Hall. No doubt a huge blow for the Duke of Sussex, who served for 10 years and this morning spoke of the Queen being his ”commander-in-chief”’

The Queen will lie in state at Westminster Hall from 5pm today until 6:30am on Monday, 19 September – the day of the state funeral that has been declared a bank holiday in the UK.

Working members of the Royal Family will wear uniform when present at five ceremonial events during the period of mourning the Queen. 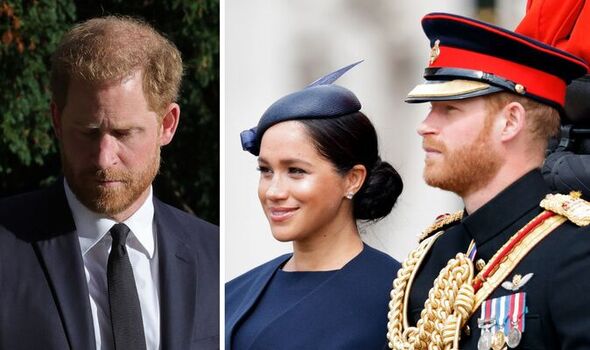