Prince Harry’s rift with William “is as deep as ever” in the aftermath of Queen Elizabeth II’s death. Australia’s 7News reporter, Ashlee Mullany, remarked that hopes “a Royal Family in mourning might help mend the rift between Harry and William were fading”. This comes as Russell Myers, the Daily Mirror’s royal editor, told 7News that “it has gone from bad to worse for the Sussexes”.

Speculation that tensions were continuing to plague the Royal Family was raised after Harry was the last to arrive at Balmoral and the first to leave following his grandmother’s death.

“William was seen leaving Balmoral just hours after Harry, a sign that the brotherly rift is as deep as ever.”

Harry left Balmoral after just 12 hours of mourning his grandmother with his father and brother.

JUST IN:  Royal Family: William and Kate speak out over new titles 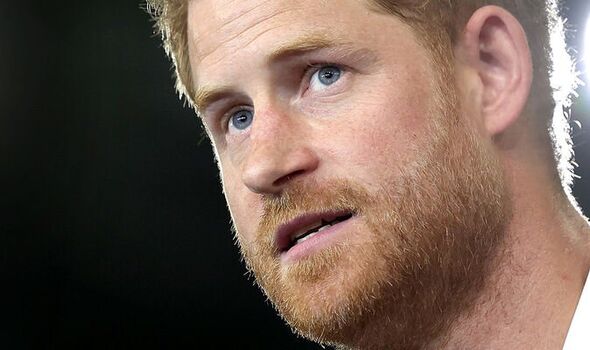 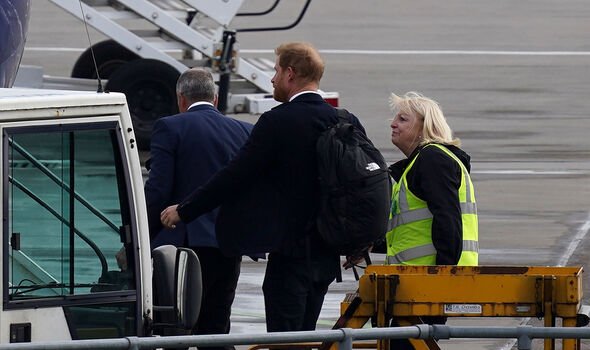 The Sussexes are currently staying at their British residence, Frogmore Cottage in Windsor.

Neither Meghan Markle nor Prince William’s wife, Kate, joined the other members of the family in Balmoral, though both are expected to attend the funeral.

Both Harry and Meghan are not expected to return to California until after the funeral, which is likely to be held on 19 September.

Despite the rift, King Charles appeared to offer Harry and Meghan an olive branch in his address on Friday evening. 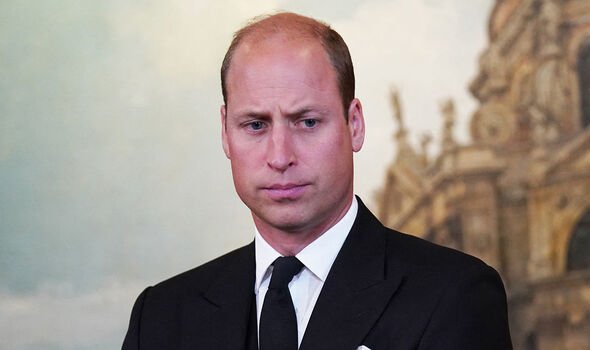 He said: “I want to express my love for Harry and Meghan as they continue to build their lives overseas.”

The gesture is thought to be an attempt to finally draw a line under the family’s tumult of recent years.

The Duke and Duchess of Sussex have sparked turmoil within the Royal Family since quitting frontline royal duties and moving to California two years ago.

Queen who left a lasting legacy of hope for us all [EXPRESS COMMENT]
Frustrated Charles orders royal aide to tidy desk in awkward blunder [VIDEO]
Royal POLL: Should shops close and events be cancelled this weekend? [POLL] 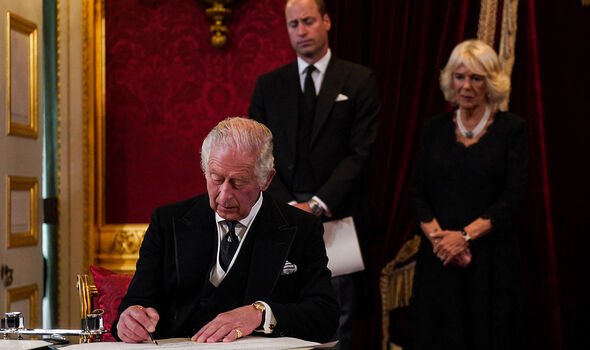 This has included several controversial moves in the US, including a bombshell interview with Oprah.

The death of the Queen also means that the Sussexes’ children, Archie and Lilibet are now, as the grandchildren of a monarch, a prince and a princess.

Harry and Meghan had been nearing the end of a tour of Europe when concerning news about the Queen’s health emerged.

Harry cancelled an appearance in London on Thursday at the WellChild Awards, which honours the brave deeds of seriously ill children, to join his family in Aberdeenshire.