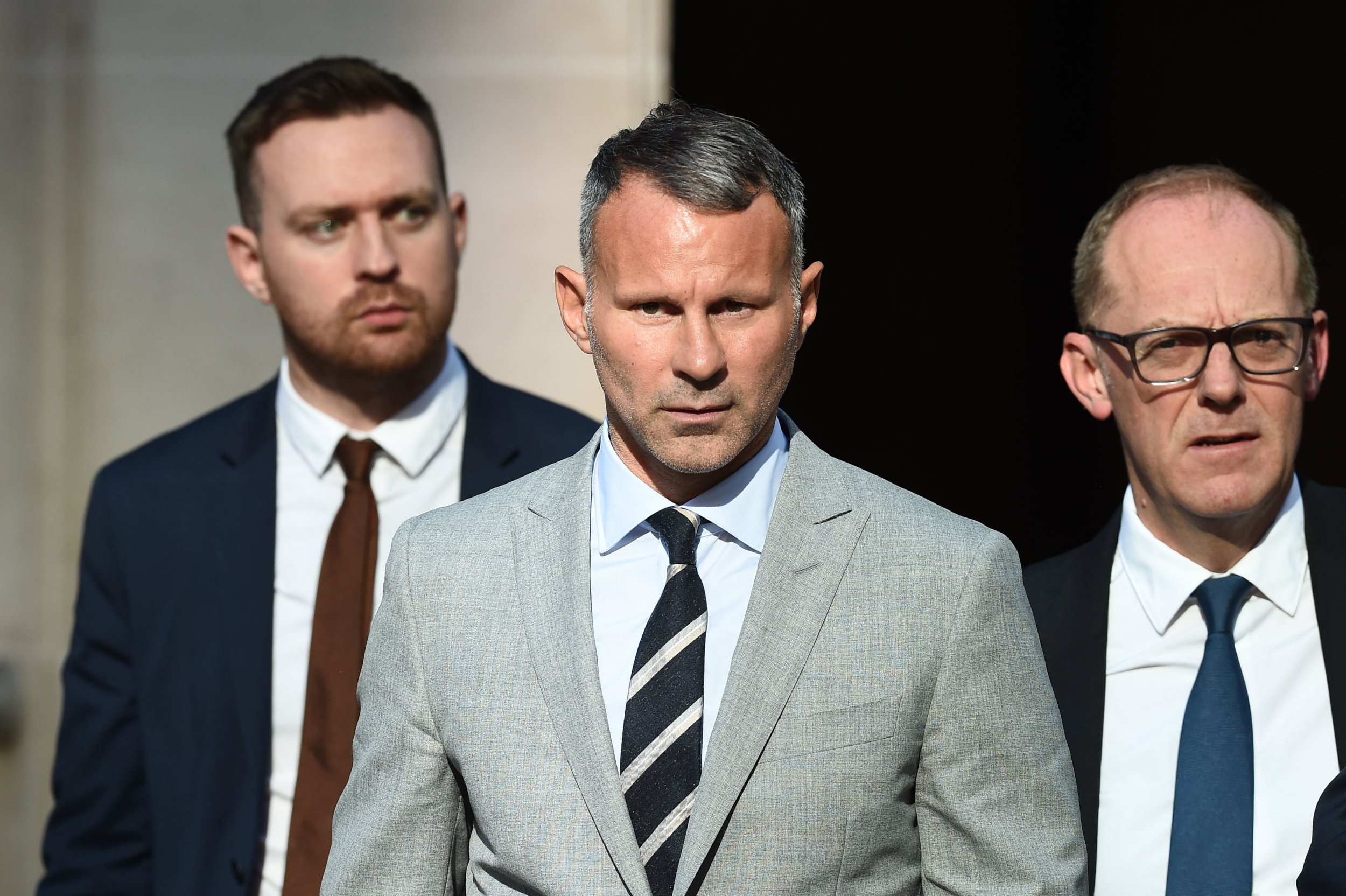 Ryan Giggs’ ex-girlfriend claimed he headbutted her after she confronted him about his numerous affairs, a court has heard.

The former footballer denies attacking Kate Greville during an incident in which it is alleged he also elbowed his then partner’s sister in the face.

The PR exec gave evidence at Manchester Crown Court from behind a screen on the second day of a high profile trial.

Giggs also denies a charge of using controlling behaviour towards Ms Greville between 2017 and 2020.

The couple’s at times turbulent relationship unraveled when she discovered messages to other women ‘going back years’ on his iPad, the court heard.

Ms Greville said she hatched a plan to ‘disappear’ from his home and secretly signed up for a new flat.

On November 1, 2020, she went to the Manchester Stock Exchange Hotel, part-owned by the defendant and fellow ex-teammate Gary Neville, where an argument broke out.

She claimed Giggs’ demeanour changed when she told him about a man who had previously asked her out for a drink.

Ms Greville said she ‘stood up for myself’ when he became ‘angry’ that she hadn’t responded by saying she had a boyfriend before he ‘stormed out’ and went to their room.

The 36-year-old said she stayed at the table and felt ‘a bit embarrassed’ before she went up to the hotel room.

An argument began when she went upstairs and Ms Greville showed Giggs the messages she had seen on the iPad, at which point he ‘he got in my face and screamed and told me to get out’.

Ms Greville said she got an Uber to Giggs’ house, where her sister was dog sitting for her, and began loading her belongings into her car.

Around 10 to 15 minutes later, she said, Giggs arrived ‘drunk’ and ‘very angry’.

When Ms Greville said she was leaving, the pair grappled over her phone, the court heard, before ‘he pushed me backwards’.

She said: ‘I was on my back on the floor with my phone in my hand. Ryan was on top of me.

‘He’s pinning me down on the floor and trying to reach for the phone in my hand.

‘I was trying to do everything I could to get him off me. I was shouting my sister for help, “Get him off me”.’

Ms Greville said Emma grabbed Giggs by the waist to pull him off but he pushed his arm back to try to get her off him and it is claimed he had hit her in the jaw. Giggs denies this.

He managed to grab Ms Greville’s phone, pushing her head into the floor as he got off her, she said.

Ms Greville said Giggs told her he had called the police and was going to tell the officers Ms Greville had attacked him and was a ‘psycho’.

She added: ‘He was really angry but…with a cockiness to it. There was a certain baiting, he was trying to bait me, basically.’

They then moved to the kitchen.

Ms Greville said: ‘I said “I’m glad the police are coming because you attacked me and I will tell them what happened”.

‘That’s when he came towards me and headbutted me in my face.

‘He just came at me, grabbed me by my shoulders and headbutted me in my face.

‘I said, “I can’t believe you have just done that”. I was in shock. I fell backwards, my lip instantly swelled so I put my hands to my mouth. I could taste the blood.

‘I was just in shock. All the other times he had hurt me, this was different. This was with real intent. He really wanted to hurt me.’

Giggs urged Ms Greville not to speak to the police, saying it ‘will ruin me and it will ruin you’, the court heard.