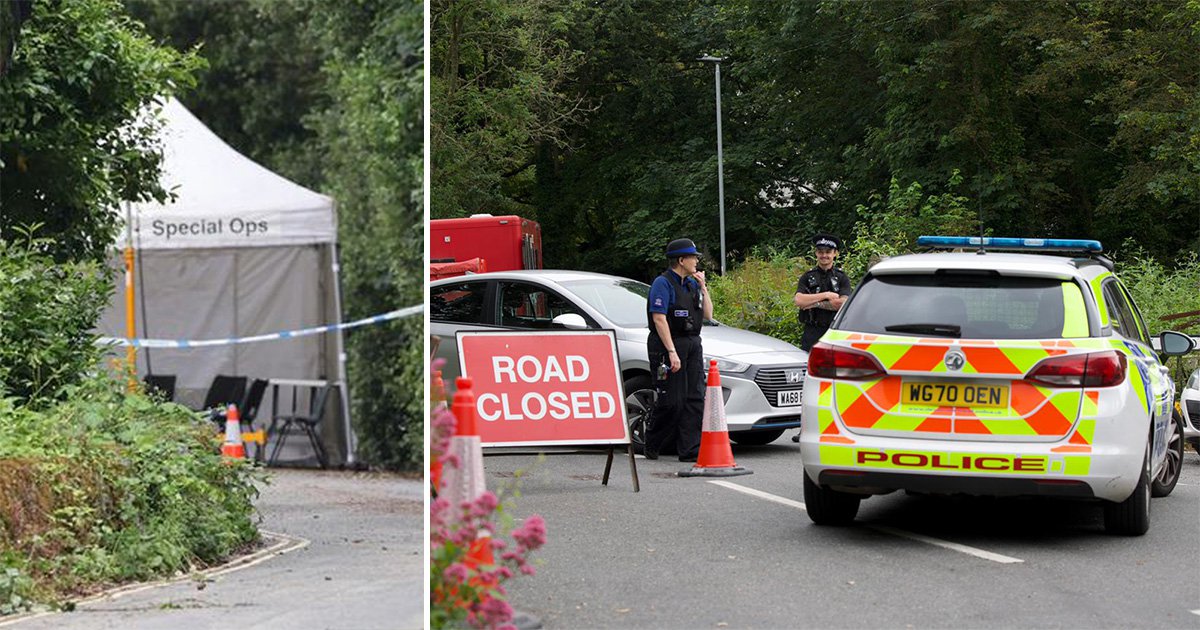 A picturesque seaside town has been rocked after a decapitated body was found in the woods.

The grim discovery in Salcombe, Devon, is being treated as ‘unexplained’ by investigators.

A large police and fire service presence remains in the town after the alarm was raised at around 5pm on Sunday.

The popular dog walking spot where the body was found, near North Sands cove, is still cordoned off while forensic officers scan the area for evidence.

The discovery has cast a shadow over Salcombe, which is full to overflowing with tourists and second home owners.

A spokesperson for Devon and Cornwall Police said: ‘Enquiries remain ongoing into an unexplained death after a body was found in a wooded area near Bennett Road, Salcombe, on Sunday June 27.

‘A number of enquiries will be carried out in Salcombe over the coming days, and it is likely that the local community will continue to see a high level of police activity.

A senior police source has confirmed the body which has been found is ‘definitely 100% not that of Patricia Allen’, who vanished from the town along with her two children in 1975.

The disappearance was a mystery that shocked Salcombe at the time, and has haunted locals ever since.

Although no bodies were found, Patricia’s husband, Anthony John Allen, from Poole Dorset, was convicted of murdering his wife and children in 2002.

He claimed to be the victim of a miscarriage of justice and protested his innocence to the end, right up to his death in August 2015, aged 81.