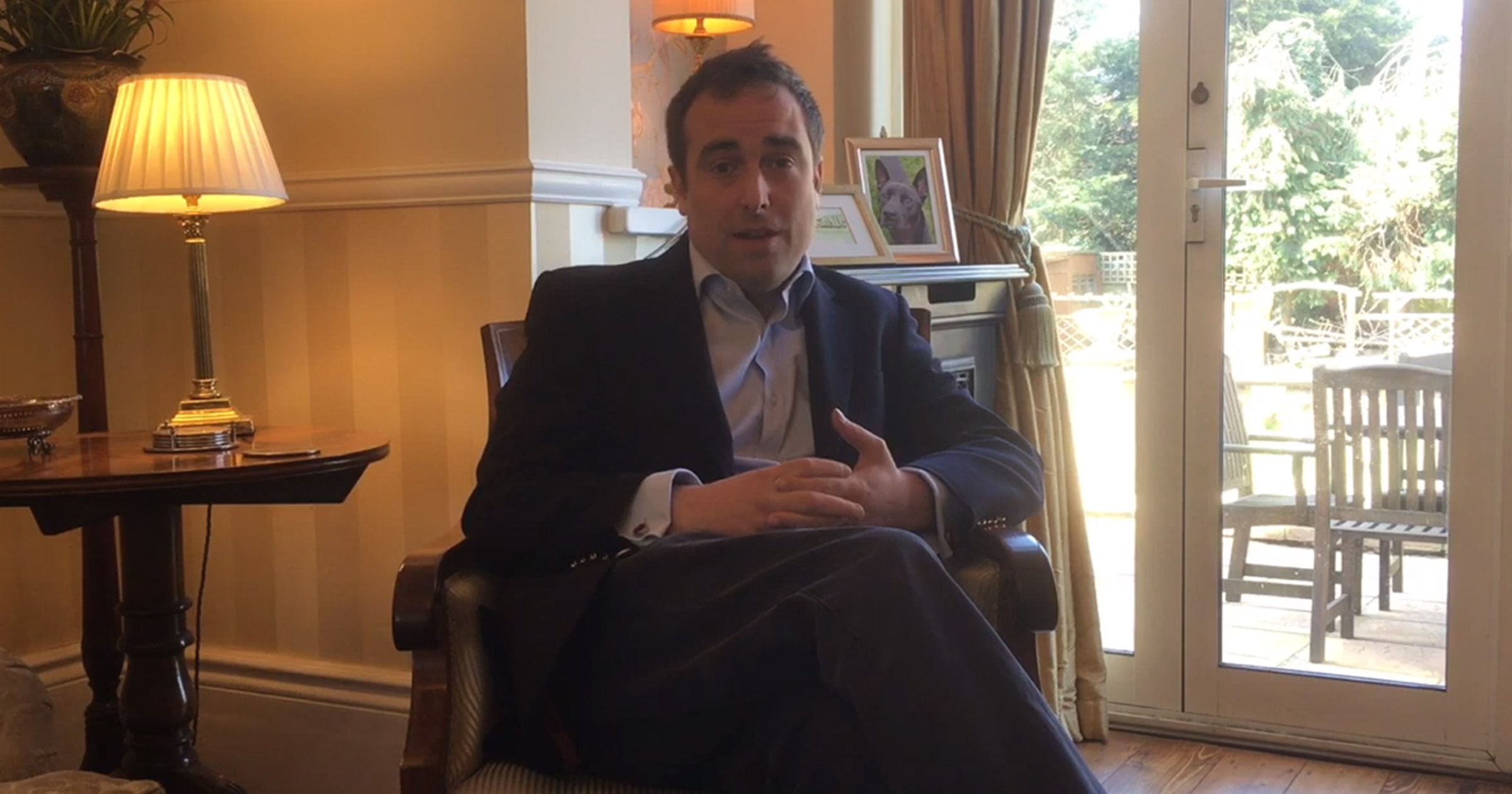 The headmaster of a top private school is set to make educational history tomorrow morning by coming out as gay in an online assembly.

Nicholas Hewlett, 41, will announce to pupils and teachers at St Dunstan’s College in Catford, south-east London, that he is in a happy same-sex marriage.

It is thought to be the first time an acting headteacher has publicly revealed their sexuality to students and staff.

Mr Hewlett admitted he was ‘nervous’ about making the announcement – but hopes the reaction will be positive and that some students may even wave rainbow flags in support.

Explaining his decision to go public at the £18,000-a-year school, Mr Hewlett told the Sunday Times: ‘Not long ago I was doing interviews with the pupils, and one of them was talking about how comfortable he was about being gay.

‘I was so blown away by the courage of him that something flipped in my head.

‘I thought then of my own situation and thought: “This is ridiculous. Here I am as a happily married gay man, and the children do not know that at school.”’

‘There will be kids who are struggling with their own sexuality and who would benefit from knowing that you can be happy and gay, and I have a privileged position to show them that,’ Mr Hewlett added.

The headteacher, who was bullied during his school years, told how the assembly will be an ‘emotional start’ to the school week – adding that he might cry if he delivered the speech face-to-face.

Attitudes have changed ‘astronomically’, Mr Hewlett added, revealing how 15 years ago, a senior colleague told him it would be ‘virtually impossible’ to become a headmaster as an openly gay man.

Now he hopes to inspire young people to ‘have the courage to be true to yourself’, adding: ‘Sexuality should never be a barrier to success or happiness’.

The Department for Education said: ‘We trust teachers and school leaders to make decisions about what’s appropriate to discuss with pupils.

‘By the end of secondary education, all pupils should receive teaching on LGBT [lesbian, gay, bisexual and transgender] relationships. Schools are free to determine how they do this.’

The assembly comes after Andrew Moffatt, a gay teacher who faced protests from parents after launching an initiative to educate children about diversity last year, urged others to simply ‘accept’ the LGBTQ+ community.

Andrew Moffat received death threats over the ‘No Outsiders’ Project launched at Parkfield Community School in Birmingham and left his role as assistant head.

Instead of asking people to ‘celebrate’ LGBTQ+ people, he instead called for acceptance.

He said: ‘I am very happy to be gay myself and I’m celebrating that, but I don’t expect you to celebrate my sexual orientation with me.

‘However I do expect it to be accepted without judgement, in the same way I will accept those parts of you that may be different to me.’