Sewage dumps at beaches have been a regular occurrence across the UK in recent weeks, which has led to calls for the government to clamp down on the water firms which are being criticised for not investing money back into the UK’s outdated drainage infrastructure. The foul material is sent into the sea when drains which are called combined storm overflows – as they combine rainwater with household wastewater – are overrun in heavy rain.

An interactive map shared by the Department for Environment, Food and Rural Affairs (Defra), which looks at water quality at locations around the UK, highlights the locations which are not suitable for bathing today due to pollution warnings for raw sewage.

According to CornwallLive, the latest warnings follow another week of heavy rainfall across the county. Overflows are used to prevent drains being overwhelmed, but the side-effect is sewage ending up in the sea. The map on the Defra website shows the following beaches in Cornwall have pollution warnings in place: 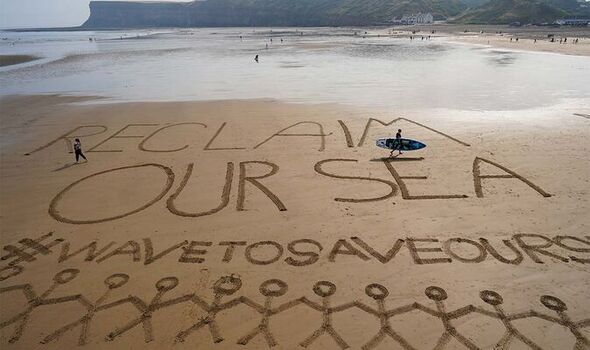 There is growing concern for the number of pollution incidents across Cornwall. In one area, the problem has been described as “vomit-inducing” and is reportedly making people ill.

Last week, CornwallLive also reported that the River Fal, between Falmouth and Truro, has been recorded as the most polluted site in the country. The Independent reported that last year storm overflows pumped wastewater into the river for nearly 7,500 hours – more than 10 months of the year.