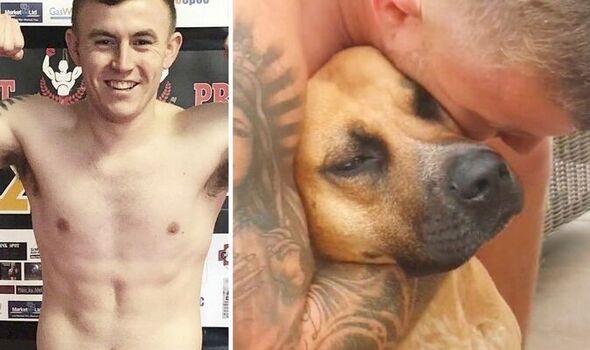 Paul Lebihan, 24, a former Royal Navy Sailor died on Monday evening after struggling to rescue his pet in the Bolulla River. The treacherous waterway has claimed three other lives in the last month, tragically seeing Mr Lebihan join the list of lives lost in the beauty spot area of Fuentes del Algar.

The keen boxer was pulled unconscious from the river according to local reports in an act his family has described as “selfless.”

Pictures from Mr Lebihan’s social media platforms show his love for his pet in pictures of him cuddling his dog.

Police reports following the tragedy suggest the man was swept away by strong currents as he battled to save his dog.

Other tributes pouring in describe Mr Lebihan as “an amazing selfless man with a heart of gold.”

Passionate about boxing, he was well-known at Leam Lane Amateur Boxing Club on the Gateshead housing estate where he grew up.

Mr Lebihan was also thought to have trained at HMS Raleigh in southwest England.

Upon the man struggling in the river, emergency services including a helicopter, firefighters, police and paramedics were deployed to the scene.

Locals attempted to provide CPR to the man before handing over to emergency workers.

In spite of efforts to resuscitate the 24-year-old, he was pronounced dead at the scene.

Mr Lebihan is thought to have been living in Spain as an expat at the time of his death.

A GoFundMe page has been set up in honour of Mr Lebihan which has already seen £15,000 raised in his memory.

The aim of the money will be to repatriate Mr Lebihan’s body to Britain and contribute towards funeral expenses.

Appeal organiser Kallym Bell, Mr Lebihan’s cousin, said: “Paul was an amazing, selfless man with a heart of gold, always the biggest laugh and the very best to be around.”

“Glad we got out to Spain last year and came to see you.

“Top top lad with a heart of gold.

“Thoughts are with the family at this sad time.

“Keep that smile shining up there pal.”

“All the laughs and memories we had together I’ll never forget.

“You could enter any room and the place would light up.

“You were an absolute diamond. Love you brother.”

Grieving relative Lisa Lebihan said: “No words can describe how we are feeling.

“Gone far too soon but never will be forgotten.

The scene of the incident is a well-known beauty spot in the area.

The waterfall is located in a stunning ravine just north of the popular Fuentes del Algar beauty spot – known as the Algar Waterfalls in English.

Algar Waterfalls are described as a “fantastic day trip” for holidaymakers staying in the main Costa Blanca coastal resorts on travel websites.

Bolulla waterfall, around a 15-minute hike north of the Algar Waterfalls, is a 65-feet cascade at the end of a ravine known called the Bolulla or Estret de les Penyes Ravine where the tragedies have occurred.