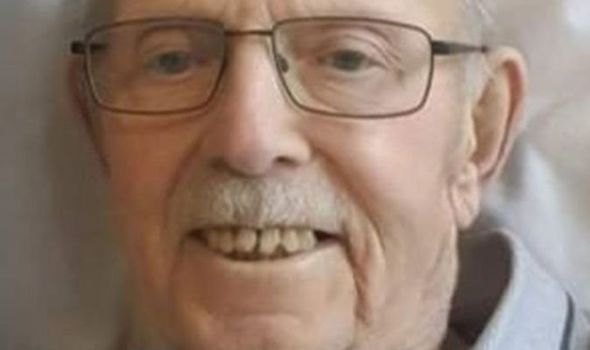 Harry Soar, 89, from Derbyshire, fell down in his bungalow on Sunday, October 10, and was unable to move because of the pain he was in. His daughter, Ann Hudson, told DerbyshireLive she was “very angry” on the day of the incident, as “you’ve got to look after [your parents] when they get older.”

The former Mayor of Heanor, who had been a Labour councillor, called his son and daughter, who also live in the town in Amber Valley, for assistance.

Ms Hudson, 50, rang for an ambulance at 3.30pm, after finding her father on the floor.

“We managed to get him up and into a chair, but he was in a lot of pain,” she recounted.

As Mr Soar’s condition was deemed not to be life-threatening, the ambulance request was logged as a Category 3 – one which is potentially serious and requires possible pain control and treatment, but not a priority for the ambulance service.

Nationally, the ambulance service aims to respond to these calls within an average time of 18 minutes, and nine times out of ten within two hours.

Ms Hudson said she rang several times to get an update. She said: “They said it could be up to six hours, but we were hoping for less than that.

“When it came to six hours’ time and they hadn’t turned up, I rang them back and they said it could be six or more hours.

“They weren’t friendly on the phone I would say, they were just very busy.

“I just don’t think it’s right, especially with an 89-year-old being left that long in pain.”

Mr Soar was eventually seen by the ambulance crew and taken to Nottingham’s Queen’s Medical Centre.

Despite the long and agonising wait, Mr Soar does not apportion blame to the NHS or ambulance workers, his daughter said.

“He doesn’t blame them; he blames the government cuts for the delay.”

After breaking his thigh bone during the fall, Mr Soar has since had an operation to help his mobility.

Craig Whyles, service delivery manager for Derbyshire at East Midlands Ambulance Service, said: “We are very sorry to hear that we were unable to get to Mr Soar sooner on this occasion and I recognise the distress that this will have caused to him and his family.

“Every 999 call is assessed based on the information provided by the caller and people experiencing a life-threatening emergency such as cardiac arrest or breathing difficulties have to be seen first.

“Using the information shared during the initial call, this incident was categorised as not immediately life-threatening.

“At the time there was a high demand on EMAS and the wider NHS system, and we were responding to a number of people whose life was reported to be at immediate risk.

“We are currently in contact with Mr Soar and his family through our Patient Advice and Liaison Service and will fully investigate the reason for this delay.”