Jen Stafford went on maternity leave in 2017 from her job as an analytical chemist when she was pregnant with her second child, a boy named Cohen. What she did not know, was that she would never return to her job as later that year she would be diagnosed with the disease.

Not long after giving birth to her son, a sibling to her daughter Paige, Ms Stafford began to trip over nothing before realising that she could no longer lift one of her knees up to her chest.

The mum then went to the doctor for blood tests and was told to return in six months time, though her mother, Jackie Wilson, was convinced that something was wrong.

This became more apparent at her six week postnatal appointment when the doctor noticed that Ms Stafford’s speech was slurred.

After having more tests in hospital and Ms Stafford suspecting that she had a stroke, her family’s world was turned upside down when she was diagnosed with motor neurone disease in September 2017 at just 36-years-old. 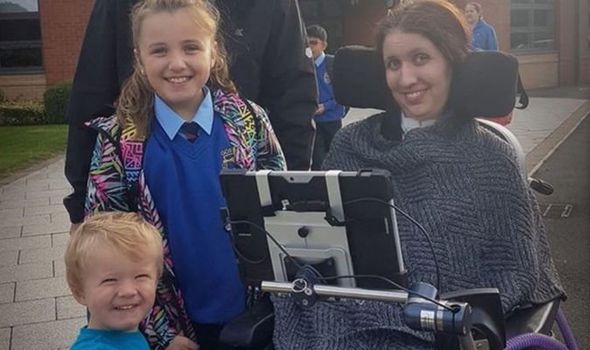 Ms Wilson, her mother, said: “It’s tough watching her deteriorate. She can’t do anything with the kids or watch them doing anything. She’s not going to see them grow up and they’re going to grow up without their mam.

“Paige was seven when her mam was diagnosed so she has had time with her but has some good days and bad days. Whereas Cohen has known no other but he is now at the age where he’s starting to ask questions.

“It’s horrible but she is so strong and I know she is fighting for her two kids. If she didn’t have them she would have thrown in the towel by now because it’s horrific.

“She cries a lot and it makes me cry a lot. She has progressed really quickly and she’s totally bedridden now. It’s awful.” 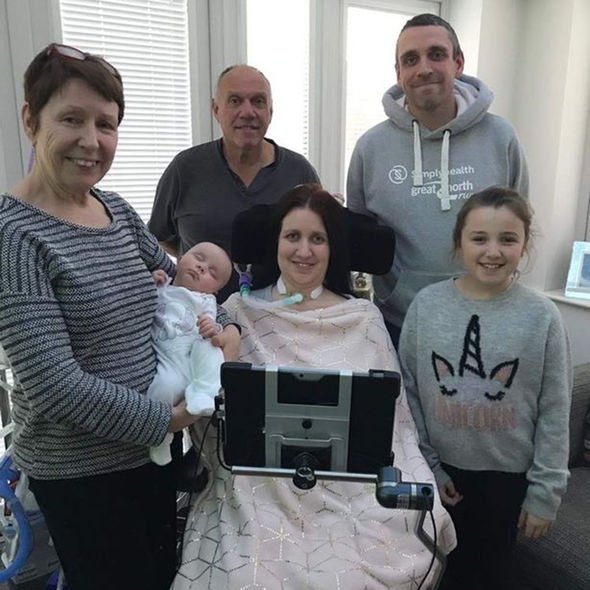 Before her condition worsened, Ms Stafford’s husband and mother cared for her at home.

Ms Stafford now requires 24/7 care from others as she is given medication, fed from a tube and needs a wheelchair to move around.

Despite this, the mum-of-two is fighting to stay alive to be there for her children and even uses eye gazing technology to communicate with her loved ones.

Given that there is no cure for the disease, Ms Stafford is committed to raising money for Motor Neurone Disease Association (MNDA). 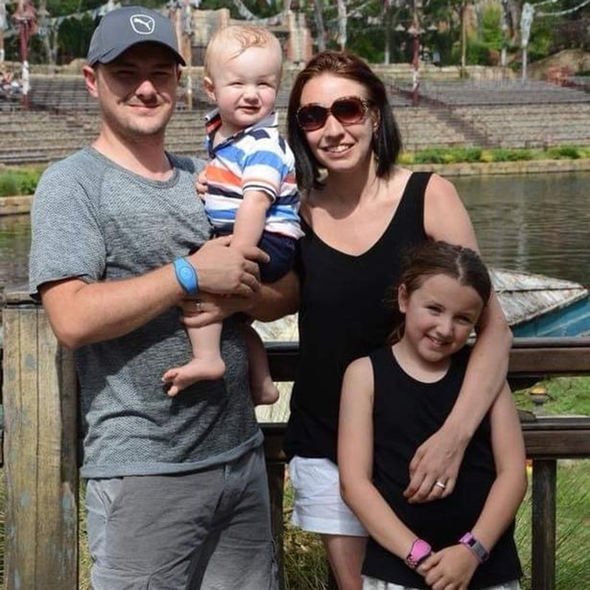 The charity previously gifted Paige and Cohen £250 of spending money for a family trip to Disneyland Florida shortly after Ms Stafford’s diagnosis, so Ms Wilson has set up a fundraiser to take on the challenge of raising money to find a cure for the disease.

Ms Wilson added: “There’s no treatment but there is one medication that extends two or three months but it has side effects. Jen did take it for a while but realised she didn’t want to extend her life.

“I am taking on this challenge to help raise some much-needed funds to help other families and the scientists trying to discover the cure of this cruel disease.

To donate to the family’s fundraiser, click this link.