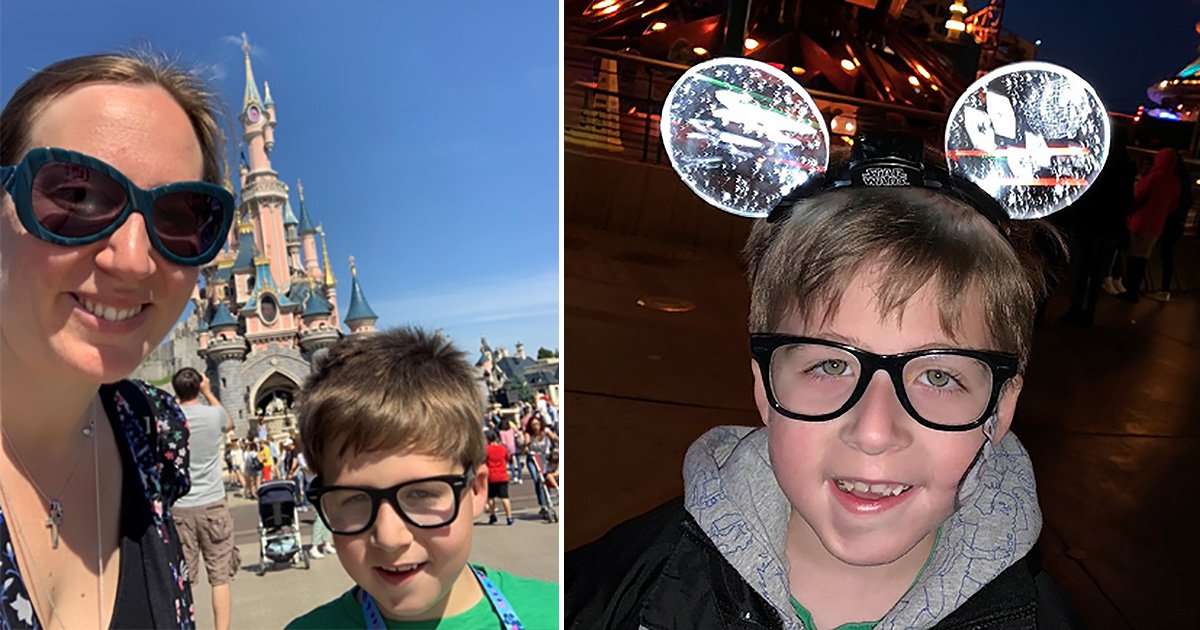 A mum is losing sleep fearing she will miss her first family trip abroad since the pandemic, as her son’s passport may not be processed in time.

Hayley Kingsland, 37, applied for son Finn’s new passport on April 13, after being told at the end of March that typical processing times were five weeks.

This would have left her in plenty of time for her trip to Disneyland Paris on May 31.

But she now worries they will have to cancel the trip, as the Home Office is warning people to leave up to ten weeks to get their documents.

She says she and her partner, of Medway in Kent, risk losing thousands of pounds as they have already booked their travel and hotel.

Hayley told Metro.co.uk that Finn, 11, loves going to Disneyland so much he has been asking her to measure him over the last few years to see if he would finally be tall enough to ride the Indiana Jones rollercoaster.

For the first time, he is now the required height and is ‘really excited’.

She said: ‘Finn absolutely loves Disneyland, and we haven’t been since before the pandemic.

‘We’ve been really hesitant about doing anything abroad. When we said we were going to go he was absolutely over the moon.

‘And now, to potentially have to now say to him we’re not going, is going to absolutely break his heart.’

Finn’s previous passport expired in 2020 and they didn’t renew it at the time due to coronavirus making travel difficult.

Hayley said that recent news about passport delays is making her anxious, and she sees it as ‘ineptitude’ that it is taking so long for applications to be processed.

People who miss trips abroad due to not getting their passport back should be given compensation, she claims.

Their friends and their daughter have booked to go at the same time, meaning they could end up having to go alone rather than as part of a big group as planned.

And primary school teacher Hayley says that money is not the only issue as finding dates that everyone can travel is also tricky.

The mum-of-one added that getting an appointment for a fast track passport is also difficult, as they are snapped up immediately after they are released each day.

As the appointment is in person and requires travel, she said it would also be difficult for her to do as a teacher.

She said she would have tried this even so if she had been better aware of how long things might take, but that it is too late now as it would take time to withdraw her application and begin again.

‘There are people that have been waiting a lot longer than us already so it’s not looking good for us,’ she said.

‘Surely there’s something wrong with what they are doing, if this many people are in the same situation.’

She added: ‘I’m losing sleep over this already. We’ve got almost a month to go, but I am anticipating that this is going to be difficult.

‘This isn’t right and someone has to speak out.

‘Everyone’s been through so much in the last couple of years – we should be allowed to enjoy it and use this time now.’

The typical processing time is now no longer shown on the passport website, with people just warned instead to leave up to 10 weeks, although many applications are processed quicker.

A HM Passport Office spokesperson said: ‘Since April 2021, we have been advising people to allow up to ten weeks when applying for their British passport as more than 5 million people delayed applying due to the pandemic.

‘We urge people who need a new passport to apply for one as soon as possible, with the vast majority of all passport applications are being dealt with well within 10 weeks.

‘To deal with this demand, we have increased staff numbers by 500 since April 2021. This has helped us to handle more applications than ever before, with more than one million passport applications processed in March 2022.’

People with an urgent need for a passport, such as to attend a funeral abroad, can call the government’s passport advice line.